Boxing Day turned into a nightmare for one family after they found a deadly redback in their home.

A redback’s bite can be fatal to humans, which is unfortunate given the spider’s preference for living near people.

One family got more than they bargained for today after finding a giant redback the size of a golf ball.

A picture of the spider was posted to Reddit, shocking fellow readers.

Another said: ‘I just found one last night on the back porch, was huge!’

The  gruesome discovery comes amid reports that unusually large funnel-web spiders are being found across New South Wales.

Sydney’s Australian Reptile Park were moved to issue a warning on December 23, following an allegedly record number of ‘massive’ funnel-web spiders were handed in to its keepers.

Redback spiders have a black body with a bright red stripe on their back.

The female redbacks tend to be larger than males, with a body length of one centimetre in comparison to males who are about three to four millimetres.

Males lack the distinctive red stripe and are light brown with white markings.

The deadly spiders usually prefer insects but are known to eat reptiles and even mammals.

They spin webs to catch their prey and then use their venom to make the kill.

Redback spiders are attracted to man-made habitats and only a small proportion are found in natural spaces.

The deadly species around found all around Australia but have been spotted in New Zealand, Japan and the United Kingdom. 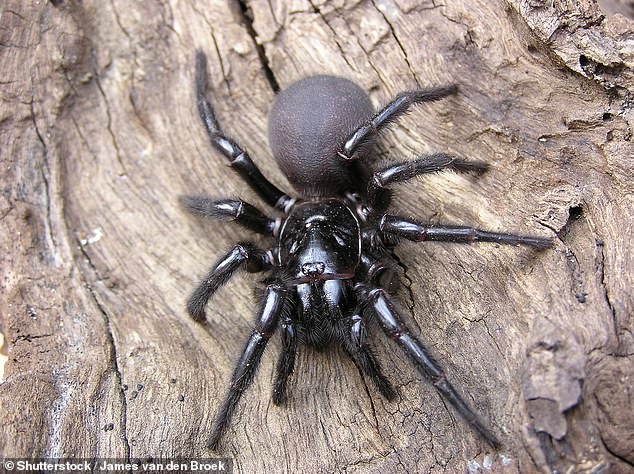