The gold-medal winner passed away in Auckland Hospital following an operation on a brain tumour, according to the New Zealand Herald.

Peau, who was born in Samoa before attending school in Auckland, won the Edinburgh super heavyweight gold medal in 1986.

He became a professional boxer in 1989 after not making the 1988 Olympic team.

He also won the Australian heavy weight title twice and was trained by Gerry Preston at a small Mangere Bridge gym.

Peau, the eldest of six children, had been introduced to Preston through a friend, and the famous boxer decided to train him.

Some of Peau’s most iconic bouts include his gold-medal 1986 fight against Scotland’s Douglas Young. 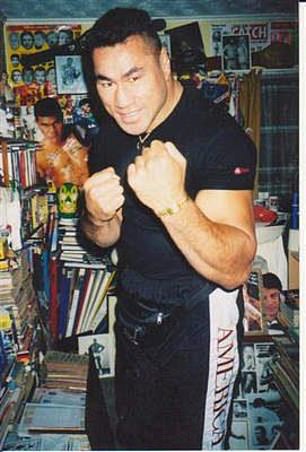 Peau struggled during the opening rounds before he knocked out the homegrown hero.

Another of his most memorable matches was two years before he took on the title of a professional boxer.

His boots were slipping on the floor of the ring due to the heat so he removed them, which proved to be worse.

Peau’s feet stuck to the canvas and his skin tore off, prompting him to lose.

In 1989 he moved to Australia to turn professional and kicked it off with a fourth round stoppage victory over Fiji’s Niko Degai. 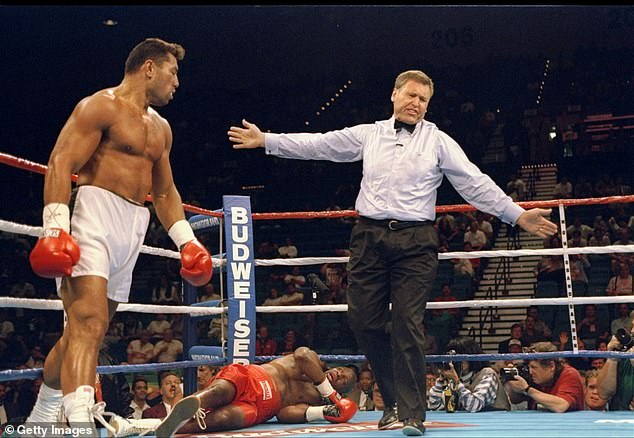 Peau turned professional in 1989 after he was rejected from the Olympic team the previous year. Pictured: Jimmy Thunder knocks down Bomani Parker during a fight in 1995

He won the first nine of his paid bouts before he lost to American Mike Hunter in the fourth round of a fight at the Festival Hall in Melbourne.

Peau made a triumphant return to the sport three months later and continued to travel around the country and across the world for his fights.

He retired in 2002 and moved to America, where he settled in Las Vegas and worked as a security guard and trainer.

However Peau fell on hard times while he was in the U.S. 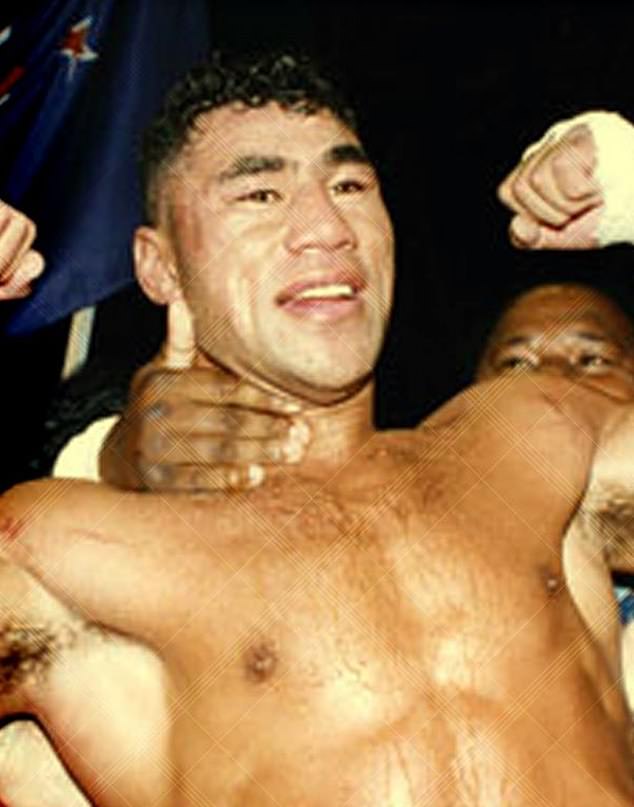 He was homeless for a period before he married his second wife Iris in 2009, who he wed in a non-legal Native American ceremony.

During his arrest it was discovered he hadn’t held a valid Green Card since 2003, when he first arrived in America.

Fans of Peau have been left devastated and have taken to social media to pay their respects.

‘RIP to one of the original heavy hitters from this side of the world: The Thunder from Down Under Jimmy Peau. See you on the other side my [brother],’ he said. 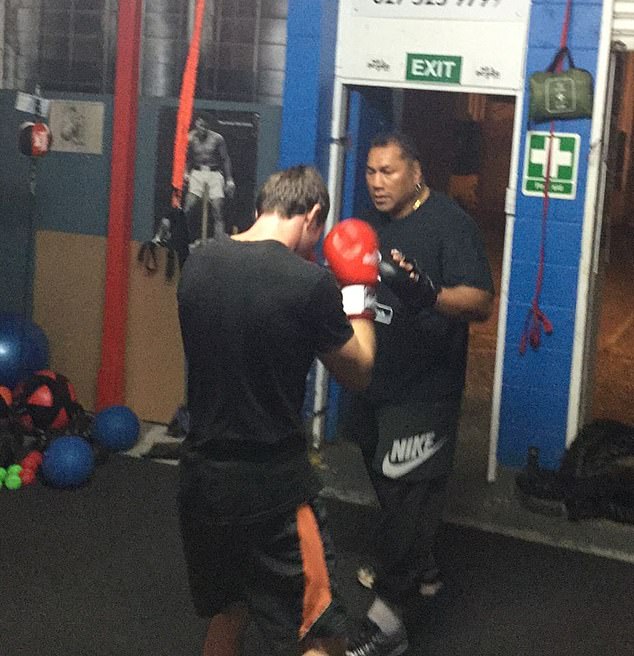 Another social media user said: ‘You stormed our world with unprecedented victories in the ring representing the pride of our Samoan community and Aotearoa nationwide.’

One man took to Twitter to say the loss was ‘so sad’.

‘I watched him (when he was Jimmy Peau) win a gold medal in the 1986 Commonwealth Games. A lovely bloke,’ he said.

Another said: ‘I remember meeting you cause I told my dad he didn’t know you after he told me he did so we walked up to you and yeah my dad was right and you were the man.’