Boxing ring announcer David Diamante was seriously injured in a motorcycle accident in New York on Monday and needs to ‘learn to walk again’ after surgery.

The 50-year-old was riding on Third Avenue in Brooklyn on Monday when he was involved in an incident that saw him suffer three fracture to his spine, serious damage to his right knee and multiple broken ribs.

A five-hour surgery on Tuesday saw nine screws inserted into his spine along with multiple rods and cadaver parts.

‘It’s going to be a tough road,’ Diamante told BoxingScene. ‘It’s a bad injury and getting better will take some time. This will be a struggle.

‘I’ll have to learn to walk again, and right now there’s a risk of complications. But I have a positive attitude and will be back as soon as possible.’ 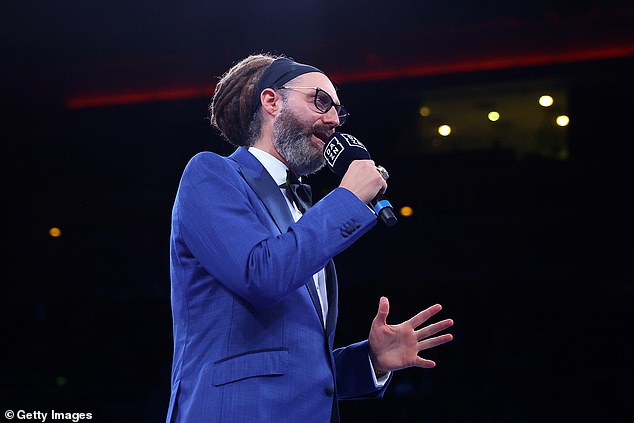 Diamante has been the main ringside voice in major boxing, MMA and Muy Thai fights over the past 15 years and is known as the ‘official announcer’ for Matchroom Boxing.

In 2018, the announcer signed an exclusive deal with Eddie Hearn to present boxing events on DAZN and Sky Sports.

Diamante was the main ring presenter for the 2020 ‘Fight Camp’ event in the UK which was one of the first boxing events after the first Covid lockdown.

The American is known for his iconic dreadlocks and the way he repeats fighters’ names twice when introducing them in the ring, while he has also coined the catchphrase: ‘The fight starts now’. 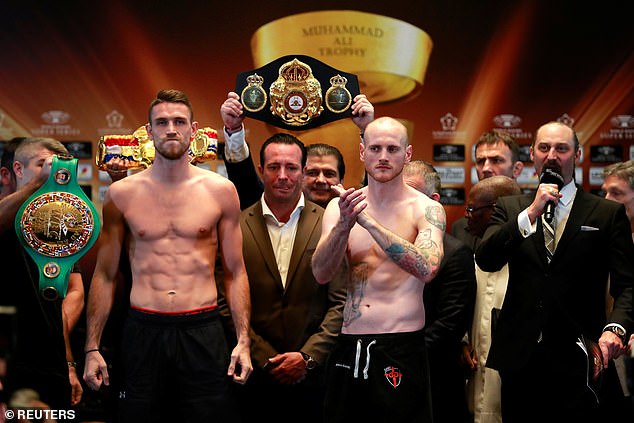 Diamante has also covered sporting events for HBO, Fox Sports, NBC and ESPN over his career, while he also hosts the New York and Connecticut State Hall of Fame events.

The 50-year-old was also picked by Jay-Z to be the stadium announcer for the Nets basketball team, starting in that role when the team were based in New Jersey before following them to Brooklyn.

Diamante was recognised by Ring 8 – New York’s Veteran’s Boxing Association – as the Ring Announcer of the Year in 2015 and has also played himself in five films.