Boy, 11, charged in shooting death of friend, 14, after he lied to cover it up with brother’s help

An 11-year-old boy has been charged with manslaughter for allegedly shooting and killing his 14-year-old friend while they were wrestling.

Carter Palm fatally shot Jadon Vaughn in Lake City, Florida, then tried to cover up the slaying with the help of his 13-year-old brother.

The suspect, who has not been named because he is a juvenile, found the gun in his parents bedroom before the tragic incident unfolded, according to police.

A Columbia County Sheriff’s Office news release said Palm was arrested on the evening of the incident at his family home and said he initially lied about what happened. 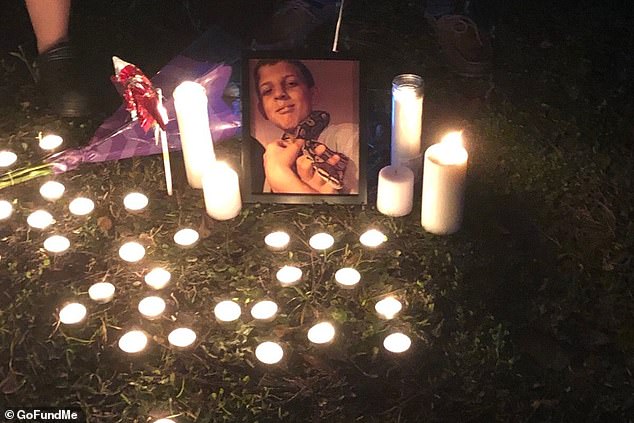 Investigators say the boys wrestled, and one got a pistol from his parents’ room and shot Vaughn 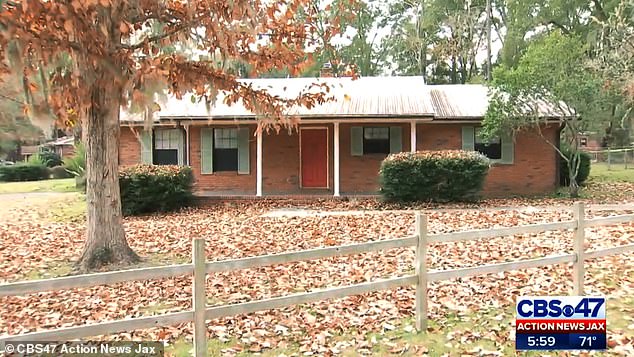 Palm’s parents went out for the evening and left the boys alone.

Investigators say Palm and Vaughn wrestled at around 7pm to see if the family dog would react to the 11-year-old being attacked.

The boy removed the magazine, but left a single round chambered.

Officials say the gun discharged when the boy pointed it at Vaughn.

Detectives say the boy and his older sibling initially claimed Vaughn had threatened them with a knife but later admitted that they placed a knife next to Vaughn’s body in hope they would be in less trouble. 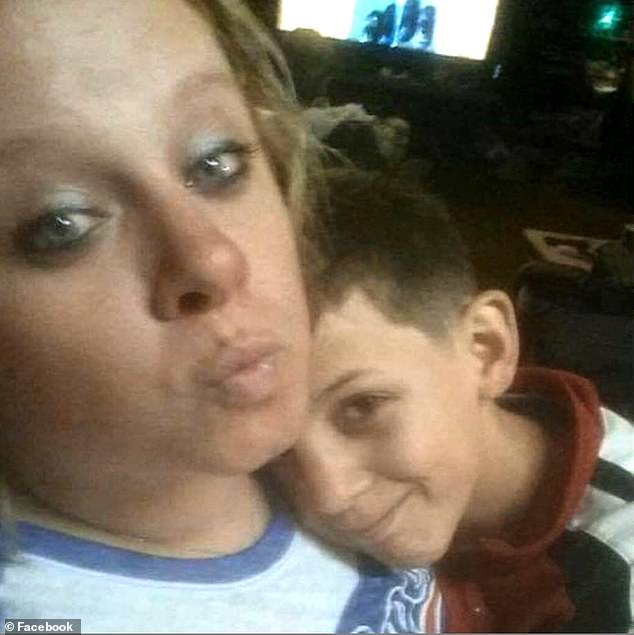 His mother posted on Facebook: ‘My love fly high baby boy I love you so much’ 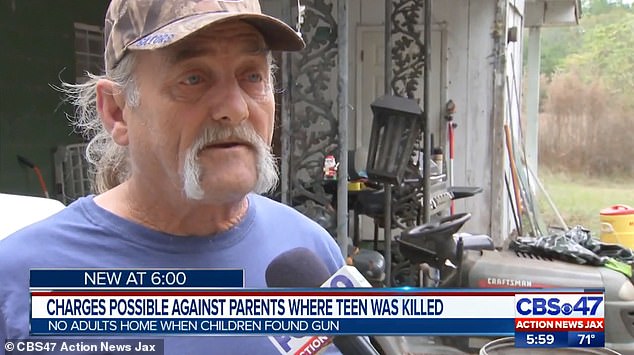 ‘It’s one of those things where he had a great Christmas, got everything he wanted, life is going good, and then in a blink of an eye, everything changed,’ Columbia County Sargeant Murray Smith said.

It’s illegal to have an unsecured firearm within reach of a minor in the state of Florida.

No charges have been made against the parents so far but it’s possible.

Another neighbor Nancy Coker told Action News Jax: ‘I heard a lady screaming, I could tell something bad had happened.’

Another neighbor said the family had moved in just weeks ago.

Jones Cox said: ‘That is the hardest thing to understand, and I feel sorry for the parents that has to go through this, the grandparents, or if he has any brothers or sisters, I’m praying for them, what can we do … it hurts.’

The State Attorney’s Office is looking into whether anyone will face neglect charges.

‘In this area – it is a very rural area – it is hard to find a home that does not have a gun and that’s perfectly fine. I mean, that’s their right to have, but the law states you have to secure it if there’s children there that can access it,’ Smith continued. ‘If you got a child at home, you need to make sure that the weapon is secured.’

Sheriff Mark Hunter said in a news release: ‘This is a tragic and avoidable death. Our hearts are broken for both families; one has lost a son and the other will struggle with these events for the rest of their lives.

‘I want to stress the importance of securing your firearms so a child cannot get to them.’

Palm was being held at a juvenile facility.

Law enforcement said Thursday that all the families are receiving assistance from the agency’s Victim Advocate and the School Resource Deputies.

Columbia County School District has made arrangements to have counselors available when classes at Vaughn’s Lake City Middle School are back in session on January 8.

His mother, Brandi Sherrod, posted a picture of the two on Facebook Thursday: ‘My love fly high baby boy I love you so much.’ 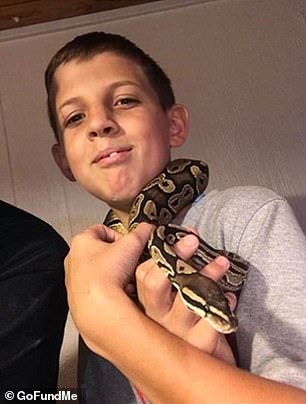 Vaughn’s viewing is this forthcoming Monday evening, and the funeral is on Wednesday

‘On the day after Christmas, December 26th 2018 Jadon was involved in a tragic accident that resulted in the loss of his life at just the age of 14,’ he wrote on the crowdfunding page. ‘I cannot even believe I’m here doing this but times are extremely difficult and I’m doing this on behalf of my sister, as the financial hardship of Christmas has just endured my family.

‘Jadon was a very caring and loving little boy who was ready to take on the world headfirst. I remember him just telling me yesterday that he had got everything he wanted for Christmas and he was so happy.’

Harrington shared how his Vaughn’s father took his own life a few years ago and the money would help the family give the child a proper resting place.

He invited those who wanted to say goodbye to a viewing this forthcoming Monday evening, and to the funeral on Wednesday.

‘He loved me and his mother even our entire family to death being that he lost his father to suicide just a few years ago when he was a young boy,’ he continued. ‘I do not expect a lot of donations but anything helps so we can give my sweet nephew a proper burial and tombstone.

‘Please help my family and most importantly my sister as she is at a complete loss and doesn’t know where to turn. We thank you for every cent raised and Jadon would be very happy.’