Boy, 11, diagnosed with rare inoperable brain tumor – and doctors say he has no chance of survival

An 11-year-old boy was diagnosed with a rare inoperable brain tumor and given months to live, just five days after his birthday.

Then came chronic ear infections and, in May, the fifth-grader started slurring his words at school.

His parents took him to John R Oishei Children’s Hospital, in Buffalo, New York, where he was diagnosed with a brain tumor known as Diffuse Intrinsic Pontine Glioma (DIPG).

His family was told that because of the tumor’s location, it was inoperable and that he may not live to see his next birthday, reported WGRZ. 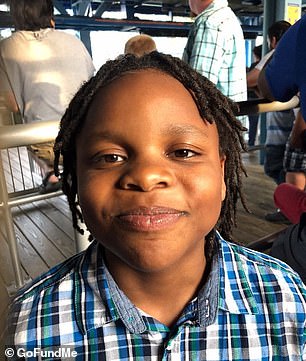 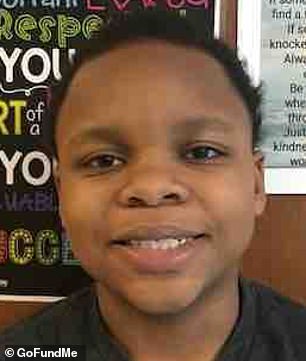 In May, DaJuan (left and right) was diagnosed with a Diffuse Intrinsic Pontine Glioma. DIPGs are rare and inoperable brain tumors with a two-year survival rate of 10 percent

‘I would have never imagined in a million years a diagnosis like this,’ his mother, Da Shaun Baldwin told WGRZ. ‘He’s been perfectly healthy his entire life.’

DIPG is a very rare and highly aggressive form of cancer typically found in children between ages five and nine.

This type of tumor is located at the base of the brain and the top of the spine, but it is not clear what causes them.

The tumors press on the area of the brain called the pons, which are responsible for a number of critical bodily functions, such as breathing, sleeping and blood pressure.

Some of the first symptoms of the tumor are problems with eye movement, facial weakness, difficulty walking, strange limb movements and balance issues.

Most people with this type of cancer only live for nine months following the initial diagnosis, and some don’t even make it long enough to receive radiation treatment.

According to a GoFundMe page, DaJuan is currently undergoing chemotherapy daily and undergoing radiation six times a week. 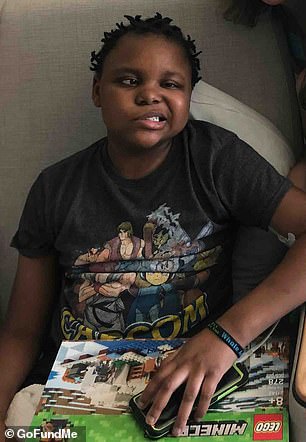 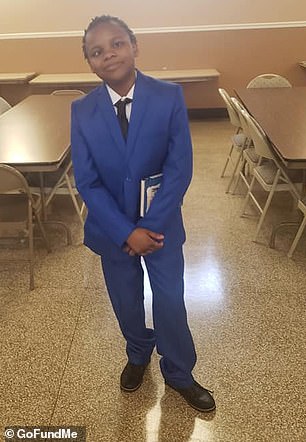 DaJuan (left and right) is currently undergoing daily chemotherapy and radiation six times a week. Doctors told DaJuan’s parents that he has little to no chance of survival 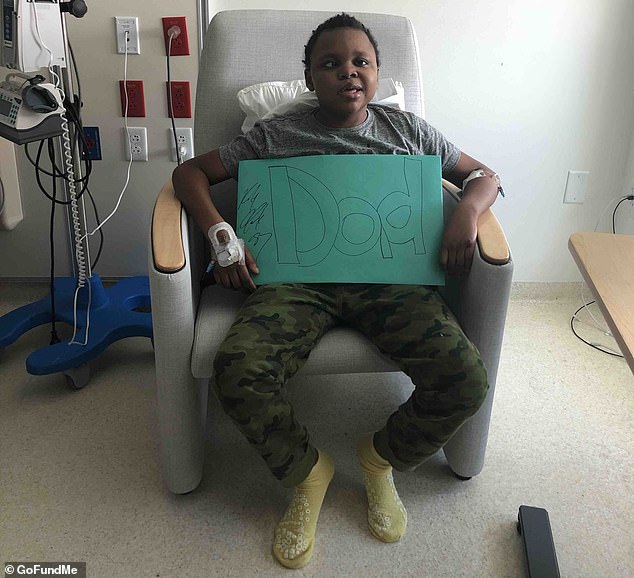 His parents say he has been accepted to Frederick Law Olmsted School, a public school for gifted and talented students, next year. Pictured: DaJuan in the hospital

Because of the treatment’s side effects, the fifth-grader spends a majority of his days hospitalized.

DaJaun’s parents say that he is currently looking to forward to next school year because he has been accepted to Frederick Law Olmsted School, a public school for gifted and talented students.

‘You’re just praying and hoping that something works. Faith and hope is all we have left,’ said DaJaun’s father.

His mother added: ‘I still believe that I’m going to see my baby walk across that stage [at graduation].’

Family friends have started a GoFundMe page to help cover the cost of DaJuan’s medical bills.

This includes about $8,500 for a wheelchair and ramp, about $4,500 for a stair lift, and unknown costs for a clinical trial that won’t be covered by insurance.