Boy, 11, was forced to lose virginity to his stepmother as father tried to ‘cure’ him of being gay

The young boy, now an adult in his 30s, is still dealing with his ordeal decades on and has revealed how he is still haunted by the smell of his stepmother’s perfume.

During the abuse the man lost his virginity and was abused him more than 10 times by his stepmother.

At trial at Reading Crown Court the man’s father claimed he abused his son to ‘try and steer him in the right direction and not to go to the way of being gay.’

The man said that the abuse started while playing a board game where his stepmother ended up being ‘completely naked.’

In another twisted event the man was told to give his stepmother, who was handcuffed naked on the bed, a ‘goodnight kiss’ before his father joined them and they had intercourse.

He said: ‘She’d instruct me on what to do. Sometimes when Dad wasn’t there she’d ask me into her room for fondling and intercourse.’

The abuse came to an end after the man’s father’s relationship with his stepmother broke down and they moved to another part of the country.

However the man, by then a teenager, was abused by another paedophile.

Police found naked pictures of the man at the paedophile’s home and the boy revealed his childhood trauma to a psychologist but no arrests were made after his father and stepmother were interviewed. 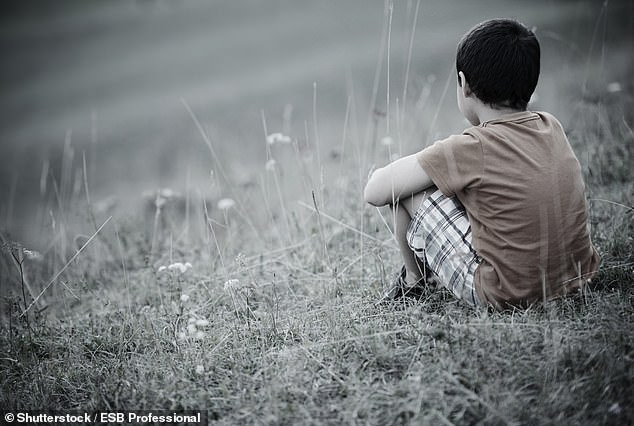 It was also claimed in court that police treated the teenager ‘shoddily’ in interviews.

Almost two decades after the shocking abuse the man had to take action to get justice for himself.

He secretly recorded a phone call with his father where the older man admitted to the abuse.

In court the father blamed his actions on ‘undiagnosed depression’ and said that he was influenced by his partner who had a ‘Jekyll and Hyde character.’

He admitted one count of cruelty to a child and two counts relating to sexual offences involving a child. He was found not guilty of one count of indecent assault.

The judge at the trial said: ‘The damage is incalculable. The abuse of trust is monstrous.’