Boy, 13, bitten by a snake in rural Victoria while at home alone

A young boy is in hospital after being bitten by a snake while at home alone on Sunday.

Thomas Morgan, 13, had been at his Rupanyup home, north of Melbourne, by himself when the snake struck.

He was filling up his dog’s water trough around 12.20pm on Sunday when the snake slithered too close, the Herald Sun reported.

Thomas Morgan, 13, was taken to Wimmera Base Hospital in a stable condition after being bitten by snake

It is believed he was bitten by a deadly brown snake.

Thomas phoned his parents immediately before seeking help from his neighbour, who is a nurse.

He was taken to Wimmera Base Hospital in a stable condition.

His dad, David Morgan, said he was impressed by how his son handled himself throughout the ordeal.

‘I thought he would be hysterical but he stayed relaxed the whole time,’ he said.

‘It was lucky he was wearing trousers, it could have been much worse.’

Thomas’ parents have spent the past fortnight teaching their kids what to do if they see a snake or are bitten by one. 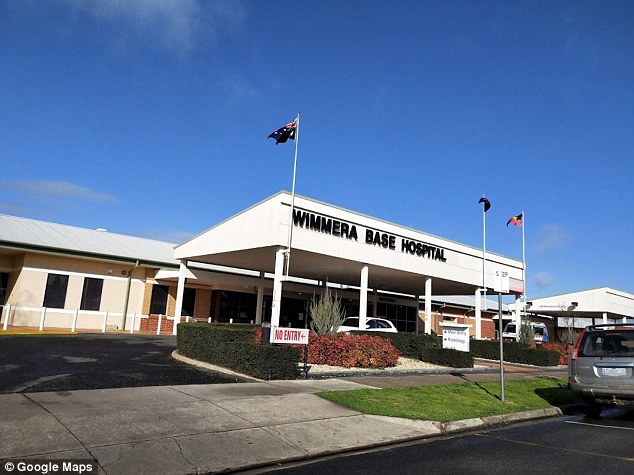 Thomas Morgan, who was bitten by a snake, has been praised for how he handled himself throughout the ordeal

The incident comes after snake catchers have warned residents across the country to be vigilant this summer as reptiles emerge to get some sunlight after a long mating season.

Tony Harrison, a snake catcher on Queensland’s Gold Coast, said Spring was when reptiles typically went out in search of companions for mating.

Mr Harrison said snakes were most active in summer and most likely to be seen emerging from bushland on hot days.

Earlier this year Aaron Bryant, 46, was killed from a snake bite when he tried to remove a baby eastern brown snake from his Queensland property.

HOW TO AVOID SNAKES THIS SEASON

Do not leave shoes at the doorstep

Wear leather gloves when gardening or working on the house outside

Don’t try to attack a snake if you come across one as this will only aggravate the reptile, making it more likely to bite