Boy, 14, was killed and nine were injured in two shootings in Chicago within five minutes

BREAKING: Boy, 14, is shot dead and 9 others are wounded in two shootings just three blocks apart in Chicago

A boy, 14, was killed and nine others were injured in two separate shootings in the North Lawndale section on the West Side of Chicago Wednesday evening.

At least two other teenagers are in critical condition in hospitals, police said.

A car is flipped on its side at the scene of the second shooting, but police didn’t say how it got there or if it’s connected to the crime.

At this point, police said they don’t know if the shootings are related, but early on in the investigation it appears they’re not connected, Deputy Chief Ernest Cato said during a press briefing Wednesday night.

A car is on its side at the second crime scene, but police didn’t say how it got there or if it’s connected to the crime 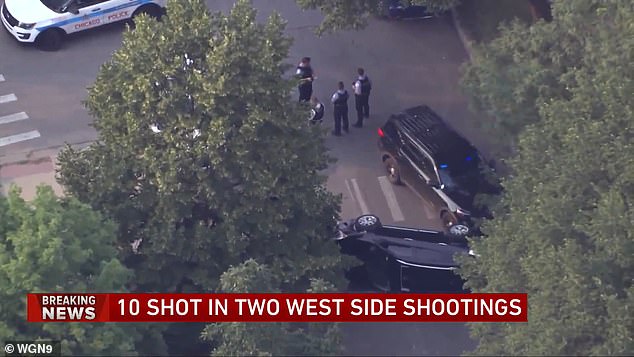 Chicago police are investigating two shootings within three blocks happened within five minutes of each other. In total, 10 people were shot 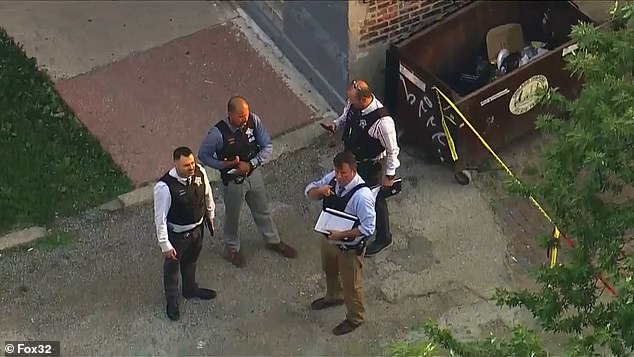 Police are in the infancy stages of their investigation 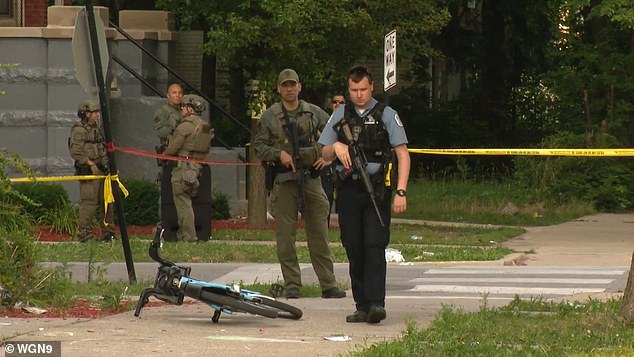 ‘I’m here to bring you some news; some news that we are tired of hearing,’ Cato said during the press briefing.

Police haven’t released any other details. No one is in custody yet.

Gun violence has plagued the Windy City in 2021 like it has most metropolitan cities across the country.

So far in 2021, there have been 1802 shootings, that’s a nine percent jump from this time last year and a 60percent jump from 2019, according to the latest crime statistics from Chicago police.

In an effort to curtail the record number of shootings, Chicago police Superintendent David Brown announced announced the launch of the city’s Gun Investigations Team on Monday.

According to Brown, a team of 50 officers was put together Sunday with the explicit mission to conduct investigations into the gun traffickers and purchasers.

They will also be tasked with tracing recovered guns infiltrating the illegal pipeline of guns.

The new team was launched just days after Mayor Lightfoot announced a $1 million reward fund for information that leads to the seizure of illegal firearms.

The fund was created to incentivizes citizens to report the presence of illegal guns in their community. Payouts will be provided to those who have tips that lead to arrests and convictions. 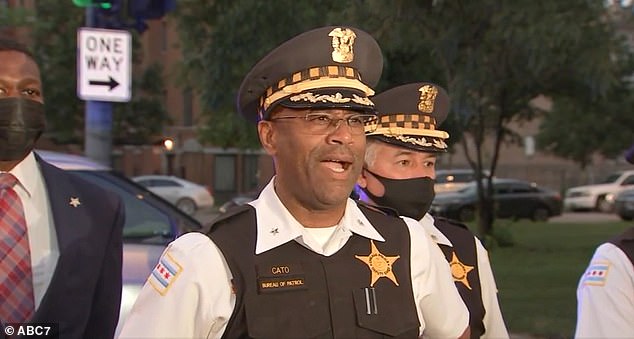 ‘I’m here to bring you some news; some news that we are tired of hearing,’ Deputy Chief Ernest Cato said during a press briefing Wednesday night 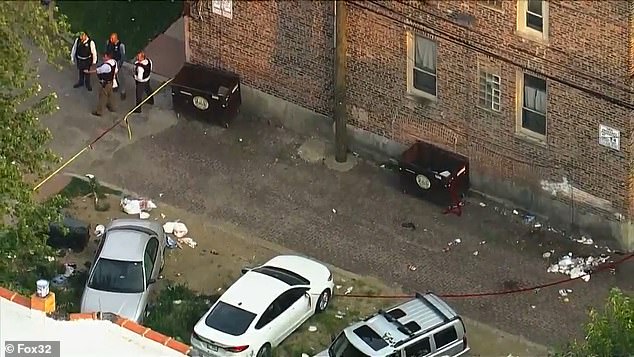