Boy, 15, arrested after classmates saw his written plan to ‘murder everyone at his high school’

Florida boy, 15, is arrested after classmates saw his written plan to ‘murder everyone at his high school because kids laughed at him when his phone went off in class’

A 15-year-old boy has been arrested for allegedly plotting to carry out a mass shooting at his high school in Florida, after officials say the suspect’s classmates saw his detailed plan on his laptop and alerted the authorities.

The unnamed student at Crooms Academy of Information Technology in Sanford was taken into custody on Tuesday and charged with making a written threat to kill, do bodily harm, or conduct a mass shooting.

According to the Sanford Police Department, the juvenile suspect became upset after other students laughed at him when his cellphone rang in Spanish class.

Thwarted attack: A 15-year-old student at Crooms Academy of Information Technology in Florida was arrested Tuesday for allegedly planning to carry out a mass shooting on campus

The infuriated teen then opened his laptop and proceeded to type up a manifesto, titled ‘How I would do it,’ outlining his plan to carry out a deadly attack on his school, according to a police report cited by WFTV.

The document included the line, ‘Someone shoot this place up, please.’

He went on to write: ‘I want to murder every single [expletive] sack of [expletive] inside this school. There is about no valuable life anywhere to be found in this place. However, I would plan this out.

‘First thing would be to acquire an automatic weapon and shotgun. This country sucks [expletive] so I’d probably be able to get them fairly easily so long as I have the funds.’ 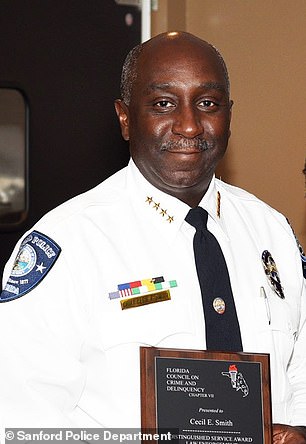 The accused would-be school shooter said he would ‘have the police department drugged’ then make his way around the campus ‘in an orderly fashion,’ the affidavit  cited by ClickOrlando.com states.

Two of the 15-year-old’s classmates caught a glimpse of his laptop screen and became alarmed by what they read there, so much so that one of them took a picture of the document.

The students then went to the school resource officer to report the incident, prompting their classmate’s arrest.

According to police, when officers searched his laptop, they were unable to find the document outlining the school shooting plan.

The 15-year-old was later transported to the Seminole County Juvenile Assessment Center, where he reportedly stated that he hated his school and America.

Crooms Academy Principal Brandon Hanshaw said in an automated message sent to parents Tuesday said that threats of any kind will not be tolerated, and that the student in question will be disciplined.

He also reassured parents that the school campus was safe.

Sanford Police Chief Cecil Smith released a statement praising the two students who came forward for their ‘resourcefulness and responsibility,’ which helped thwart a ‘potentially tragic and violent event.’ 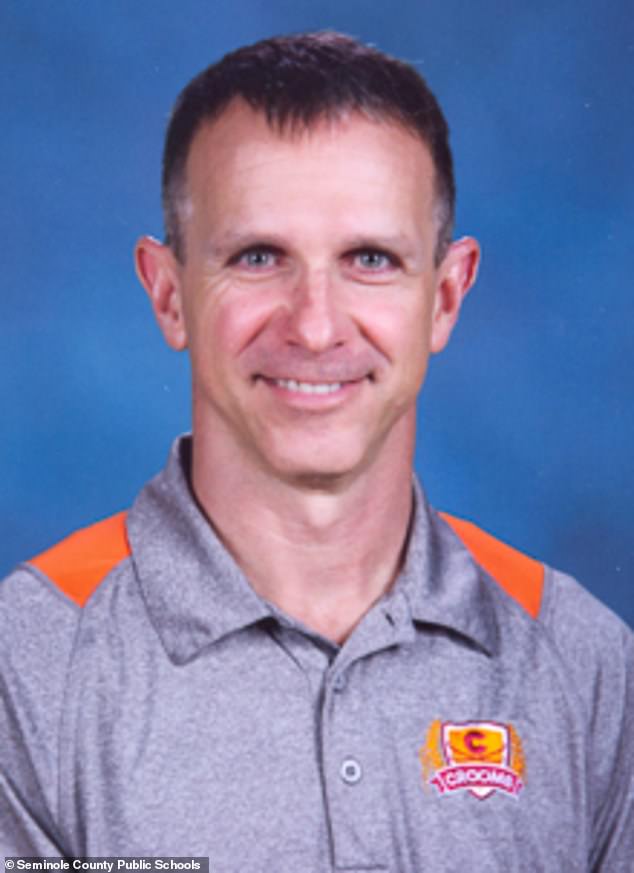 ‘Their actions exemplify what we ask everyday of all of our citizens; if you see something, say something,’ the chief stated.

Sanford Mayor Jeff Triplett also hailed the actions of the suspect’s classmates and the school resource officers, and said that this incident goes to show that ‘the system works.’

‘These two students knew that they had a duty and responsibility to themselves and their peers to act, and they did so immediately,’ Triplett said. ‘The School Resource Officer acted without hesitation to ensure the school remained safe. Working together, trusting each other and trusting the process resulted in a swift and safe resolution.’

The incident in Florida comes less than a week after 16-year-old Nathaniel Berhow opened fire at Saugus High School in Santa Clarita, California, killing two students and injuring three others, before fatally shooting himself in the head.