Boy, 16, is charged with murder of 17-year-old who was stabbed to death in Leamington Spa

Boy, 16, is charged with murder of 17-year-old who was stabbed to death in Leamington Spa

A 16-year-old boy has been charged with the murder of a 17-year-old who was stabbed to death in Leamington Spa.

Nasir Patrice, who was from Birmingham, was killed on Wednesday 15 January.

A 16-year-old boy from London, who cannot be named for legal reasons, has been charged with murder, attempted murder, possession of an offensive weapon, kidnap and attempting to pervert the course of justice.

Another teenager, Richard Talawila, 18, from London, has been charged with kidnap and attempting to pervert the course of justice.

Nasir died at the scene on Tachbrook Road and his family had previously said that they had been left ‘deeply saddened’ by the murder.

Nasir Patrice (pictured above), who was from Birmingham, was killed on Wednesday 15 January

Both appeared at Warwickshire Magistrates Court yesterday morning and were remanded in custody.

They will appear at Warwick Crown Court today.

The 16-year-old was arrested on Saturday and  Chief Superintendent Ben Smith, from Warwickshire Police, said: ‘This was a tragic incident and our thoughts remain with all those who knew Nasir and are coming to terms with their loss. 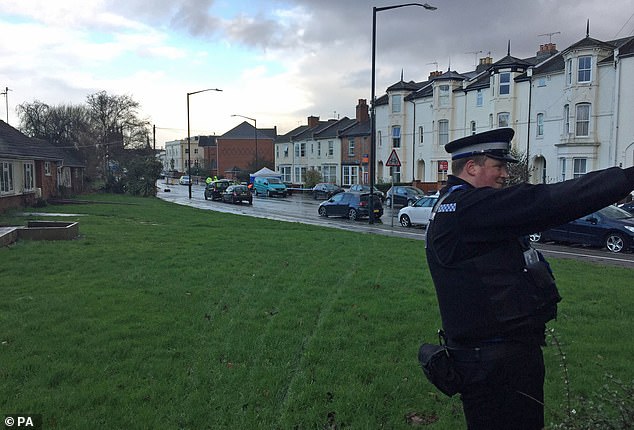 ‘Investigations to establish the circumstances surrounding this incident are ongoing and we have dedicated an enormous amount of resources into this complex investigation to ensure those responsible are identified and brought to justice.

We will not tolerate violent crime in our communities and will do everything we can to keep Warwickshire safe.

‘We continue to appeal for witnesses and would urge anyone who thinks they may have information that could help with our investigation to please get in touch.’

Asked at the time if there was any indication the stabbings may be linked to so-called county lines drug dealing, Mr Smith said: ‘Clearly we are aware of that, in terms of (whether) it might be linked to that.

‘It’s not something at the minute we can confirm or deny, it’s still early stages, but clearly that is a line of inquiry to see if that may be the case or not.’