Boy, 17, sought for ‘stabbing to death his 14-year-old brother and injuring his father’

‘Armed and dangerous’ Florida boy, 17, is on the run after ‘stabbing to death his 14-year-old brother and injuring his father’

A manhunt is underway in the Florida Keys for a 17-year-old boy who is suspected of stabbing to death his younger brother and wounding his father at their home early Thursday morning.

The Monroe County Sheriff’s Office received a call at around 6am from a resident at the Executive Bay Club townhomes in Islamorada, reporting that he was approached by his neighbor Ariel Poholek asking for help.

Poholer, 43, reportedly told the neighbor that earlier this morning, his 17-year-old son, Daniel Weisberger, 17, fatally stabbed his 14-year-old brother, Pascal, and then attacked the father, inflicting multiple wounds, including in the neck. 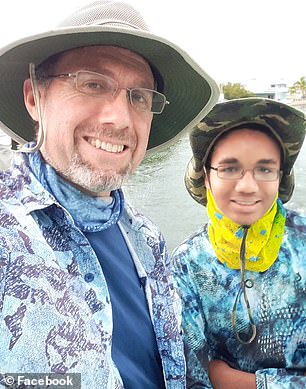 Wantred: A manhunt is underway in Islamorada, Florida, for Daniel Weisberger, 17 (left), who is suspected of killing his younger brother, Pascal, and injuring their father, Ari Poholek (right)

Pascal Weisberger was pronounced dead at the scene from his injuries.

Poholek was airlifted to Ryder Trauma Center in Miami, where he remained hospitalized as of late Thursday morning. There is no word on his condition.

According to the sheriff’s office, it is unclear what spurred the teen to attack his brother and father.

Weisberger fled the scene sometime after his father went to his neighbor for help.

Law enforcement officials are currently scouring the area with K-9 dogs and helicopters in search of the 17-year-old.

The sheriff’s office described the wanted suspect as armed and dangerous. The agency is asking for the public’s help in finding him.

Anyone who comes across Weisberger is being urged to call 911 immediately. 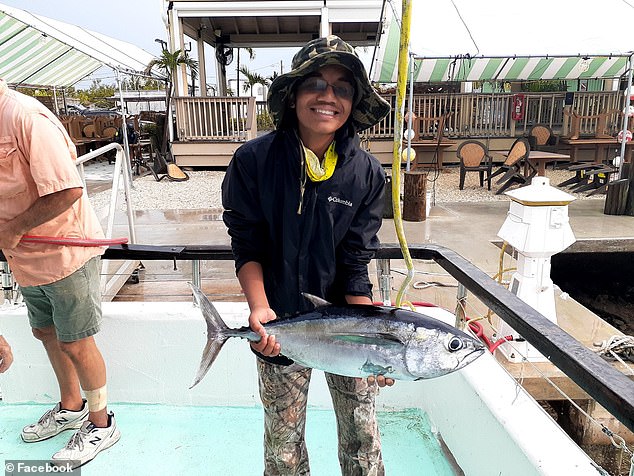 Pascal Weisberger, 14, was stabbed inside his family’s home and died at the scene

According to his LinkedIn page, Poholek is a fisheries biologist with the National Ocean and Atmospheric Administration Fisheries.

His Facebook page is filled with photos showing himself and son Pascal on fishing and diving trips.

His most recent post, dated May 1 and titled ‘Sunday Funday Fishing,’ included images from his latest outing with his younger son and a friend on Key Largo.

Michelle Brinie, who knows Poholek through his involvement with the Boy Scouts, said Daniel had a reputation as a troubled teen known for acting out.

Unlike his older brother, 14-year-old Pascal was studious and polite, she said.