A two-year-old boy was admitted to the hospital earlier this month with pneumonia symptoms, but scans revealed he had a rare disease that is making his bones disappear.

Leonardo Aguillon, of Zeeland, Michigan, was taken to the hospital on March 9 after his father Antonio, 40, noticed he was having coughing fits.

Doctors diagnosed him with pneumonia but when they performed a routine chest X-ray and a CT scan they discovered something only seen in 300 other people in the world.

Leonardo’s sternum and half of his left rib cage was missing. After some research, his doctors realized that little Leonardo also had Gorham-Stout disease, a crippling condition that was eating up his bones.

Doctors don’t know what Leonardo’s prognosis is, but they are worried that if the disease progresses, spread to his spine or severely impact his lungs, it could paralyze or kill him.

Speaking with Daily Mail Online, Antonio said he is desperate to raise awareness of the disease to bolster funding for research, and ultimately find a cure. 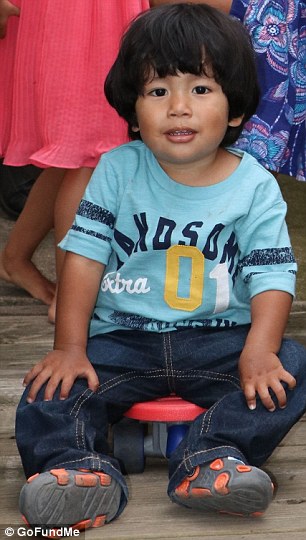 Leonardo Aguillon, 2, was diagnosed with a vanishing bone condition called Gorham-Stout disease. Pictured: Leonardo (left) in the hospital this week battling the rare disease and Leonardo (right) in August 2017 on his second birthday, before being diagnosed with the rare condition

‘[We had] a reaction of fear and uncertainty,’ said Antonio, who’s an IT specialist at a local college. ‘We had never hear of this disease so we had no idea what were dealing with… it was extremely alarming.’

Gorham-Stout disease is a regional disease in most cases, meaning it only impacts one area of the body. However, there are cases where the illness can affect multiple bones, according to researchers at Boston Children’s Hospital.

In Leonardo’s case, the disease is currently only affecting his rib cage.

The signs and symptoms of Gorham-Stout can vary widely by patient, but an early sign in many patients involve pain and swelling at the affected area.

When this condition occurs in the ribs, symptoms usually include breathing difficulty, chest pain, weight loss, and chylothorax, a condition where a lymphatic fluid leaks into and accumulates in the chest, leading to infection or respiratory distress.

According to Antonio, Leonardo was a happy and lively boy who enjoyed playing with his step-siblings Lisette Aguillon, 12, and Fernando Medina, 13, there was no indication he was suffering from a serious illness.

‘There were no symptoms,’ he said. ‘Except whenever he got sick he would breath a little heavier, but that’s normal for any kid.’

But Antonio knew something was wrong on March 9 when Leonardo, after experiencing coughing fits, began to show signs of pneumonia.

Leonardo, who enjoyed reading Dr Seuss books, was taken to the hospital that night where he was diagnosed with the infection. Antonio would later refer to this moment as ‘the good news.’

After doctors did an X-ray and CT scan, they discovered that his sternum and half of his left rib cage had been dissolved.

Soon after Leonardo was admitted to the hospital, his pneumonia got worse and he developed a cold.

He had to be sedated and doctors were able to stabilize him on March 12. 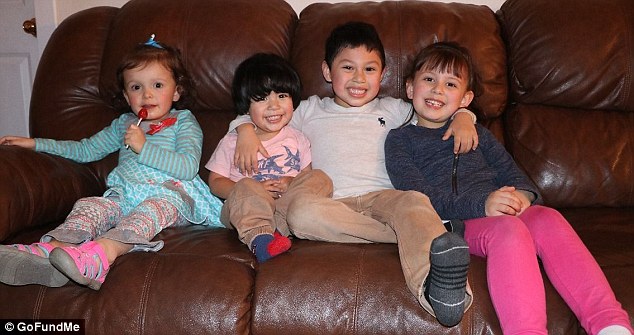 Leonardo, second to left, pictured with his cousins on March 3, six days before being admitted to the hospital for pneumonia and being diagnosed with the rare bone disease 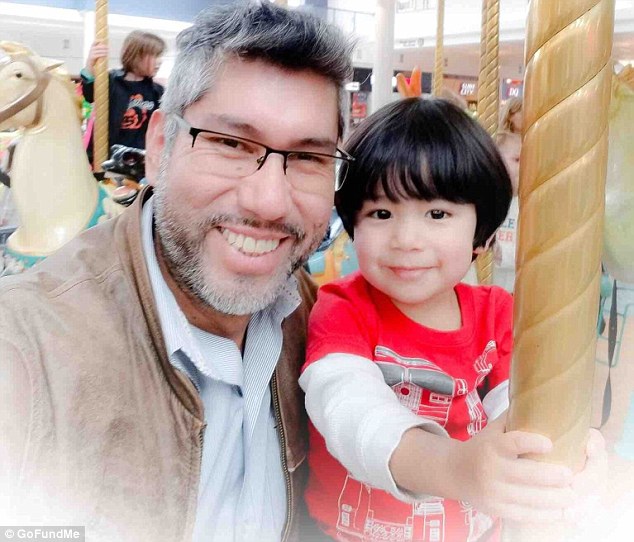 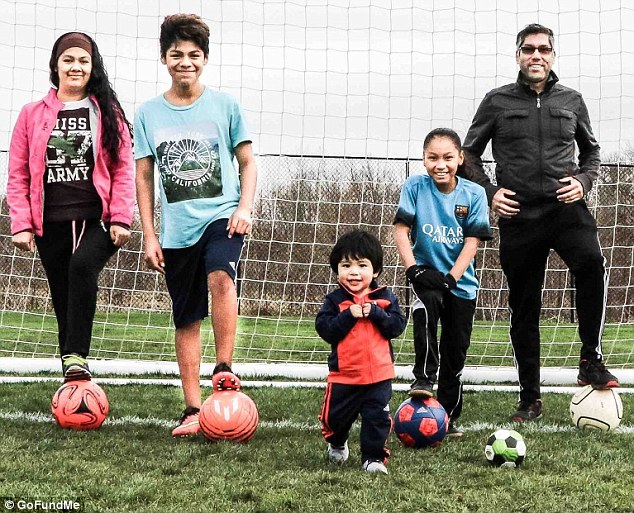 After speaking with doctors, Antonio said it seems unlikely that the vanishing bone disease brought on the pneumonia, but it may be responsible for making his son’s infection worse due to a condition associated with the disease that causes fluid to accumulate in the chest.

Doctors don’t really know how to treat the condition, since there is little research on it, but they have put Leonardo on medications in an effort to stop his bones from dissolving and to prevent the disease from spreading to other areas of his body, like his spine.

Dr Caleb Bupp, a geneticist at Spectrum Health who isn’t treating Leonardo, told WZZM-TV that the condition is a disease of the lymphatic system.

‘What seems like happens those lymphatic ducts that are in certain bones overactivated and sort of degrade the bone,’ said Dr Bupp, adding that this causes the bones to get absorbed into the body and disappear.

‘One of the thoughts and theories is that if you can stop the body from absorbing bone with medications that sort of addresses that,’ he added.

Antonio, who has been by Leonardo’s bedside every day, said he hopes he’ll be able to take his son home soon.

Leonardo’s family have to wait three weeks before they know if the medication is slowing down the destruction of his bones.

‘I’m definitely hopeful that he’s going to stabilize and be able to cope with the disease,’ Antonio said. ‘But it’s not easy to keep positive without more information.’

His family has set up a GoFundMe account to help pay for his medical expenses.