Boy, 4, has part of his colon removed after swallowing 13 magnets in a toy that tore his intestines

A young boy had to have part of his colon removed after he was seriously injured when he swallowed magnets from one of his toys.

Jennifer White, a mother from Wisconsin, posted on Facebook that her son Beck, 4, had swallowed ’13 tiny magnets’ after breaking open what appears to be  a Magformers tile toy.

‘He has finished with surgery they had to remove part of his colon, intestines and appendix,’ Jennifer updated after taking her son to Children’s Hospital in Milwaukee. ‘The magnets created holes and infection in his intestines.’

When Jennifer White first noticed her son was ill, she had thought her son had caught the flu, according to WTMJ, but that changed drastically. 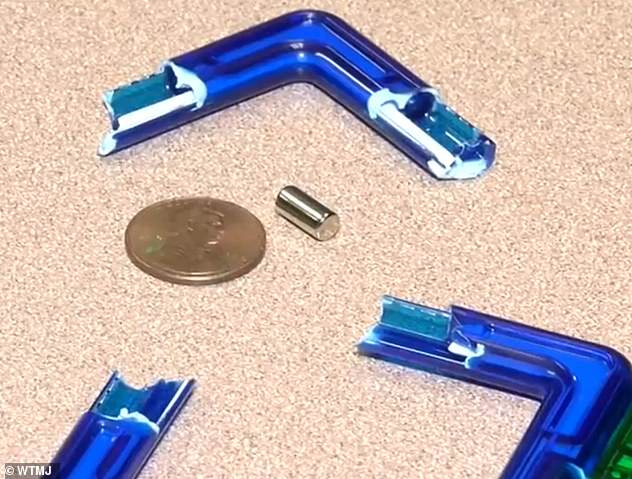 ‘He started to vomit a very dark color. It looked like coffee grounds,’ White said. ‘At that point I knew something was very wrong.’

After she and her husband, Jeremy, transported Beck to the hospital, X-rays showed the boy had ingested the magnets inside his toy, and they had started tearing holes in his intestinal walls.

The holes led to an infection in his intestines according to his mother. Beck continues to be monitored for infection and considered still at high-risk of infection. There was no word on any long-term issues that he may face after he recovers from this episode. 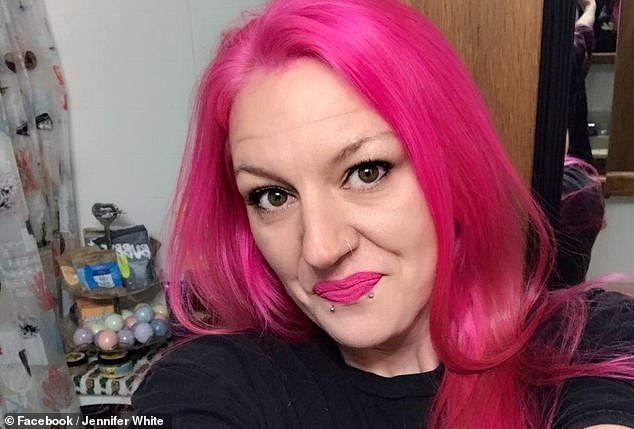 Jennifer White, Beck’s mother, posted about her son’s illness warning other parents about the dangers of magnetic toys for young children 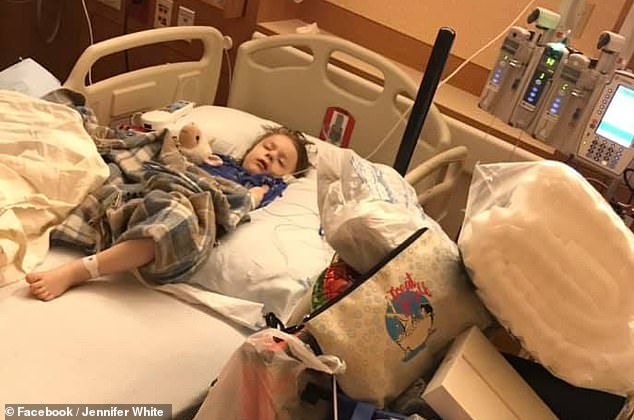 Beck White is still at risk for infection after surgery to remove portions of his colon, intestine and appendix was completed 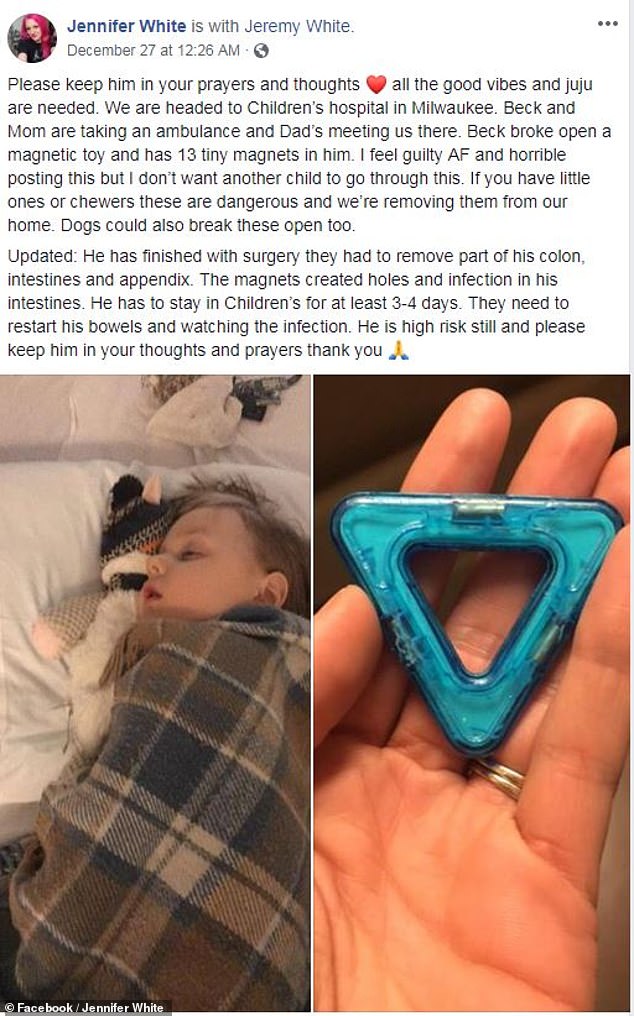 After Beck was taken to Children’s Hospital in Milwaukee, Wisconsin, Jennifer White posted the warning about the swallowing hazard of magnets in toys that would go viral 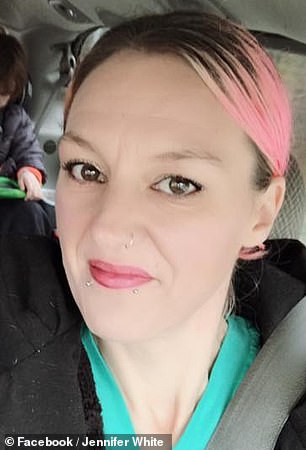 ‘The mom guilt is huge because you feel that you failed your child,’ White told WHNT.

Her son is autistic, and typically White says she takes great precaution with his toys.

‘I don’t want another mother or father to go through this. It was such a simple toy,’ White said.

The American Academy of Pediatrics (AAP) also has been warning the public about the dangers of magnetic children’s toys.

‘Pediatricians have been ringing an alarm bell about these dangerous magnets since we first recognized the damage they cause, and we urge parents to avoid purchasing them as gifts for children during the holiday season.’ 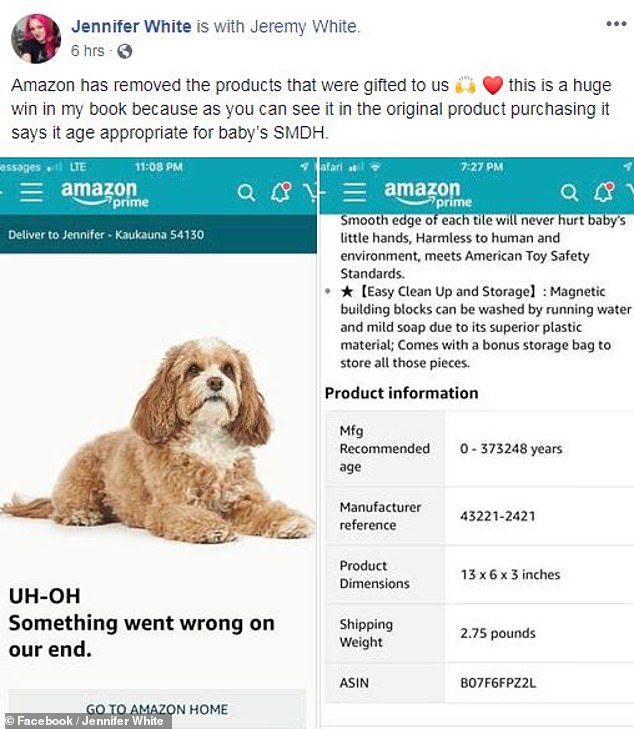 Jennifer White, spreading awareness about the dangers of magnets, posted on Facebook that the specific gifted item her son received has been removed from Amazon’s website 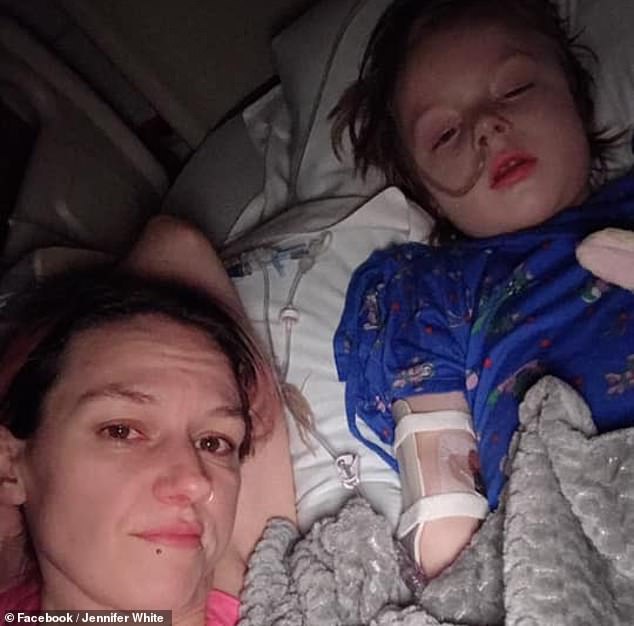 Jennifer White, left, next to her son Beck, said she even chewed the toys herself to make sure they were safe, but to no avail

‘We had made sure that he was old enough, the age on the box, I chewed it myself. It sounds crazy but I have special needs children and sometimes you need to go a little extra and I did those things to make sure,’ White added. ‘If you have them in your home make sure+ you know when they’re being played with, don’t let the kids have them by themselves.’

In a Facebook update today, White stated that Amazon took down the magnetic toy product from their site after her story has gone viral.

‘Amazon has removed the products that were gifted to us,’ she wrote. ‘This is a huge win in my book because as you can see it in the original product purchasing it says it age appropriate for baby’s SMDH.’