Boy, 6, is fighting for his life as flesh-eating bacteria spreads through his legs

A six-year-old boy is fighting for his life after doctors missed a flesh-eating bacteria spreading through his legs.

Chance Wade began complaining of leg pain after hurting himself in mid-November so his mother, Melissa Evans, took him to the pediatrician’s office.

The boy’s doctor, in McComb, Mississippi, said they were no broken bones but that that the first grader was suffering from strep throat.

However, three days after the visit, Chance was still limping.

By the time that Evans rushed her son to Blair E Batson Hospital for Children in Jackson, physicians told her that Chance had necrotizing fasciitis, an infection that destroys tissue under the skin – and that it had spread through both of his legs.

Chance Wade, six, of McComb, Mississippi, began complaining of leg pain in mid-November. His pediatrician diagnosed him with strep throat but, three days later, he was still limping. Pictured: Chance in the hospital 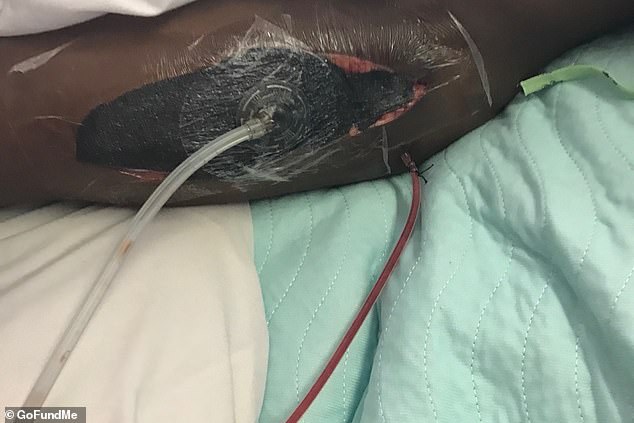 His mother rushed him to the hospital where doctors discovered he had necrotizing fasciitis, a flesh-eating bacteria that destroys tissue under the skin. Pictured: Chance’s infected leg

‘Once we got here, the infection had aggressively went through his whole thigh, all the way to his knee,’ Evans told WJTV.

Evans told WJTV she doesn’t know how her son contracted the infection and she had never heard of it prior to his diagnosis.

But now she says wants to inform other parents about how to identify the signs of the illness. 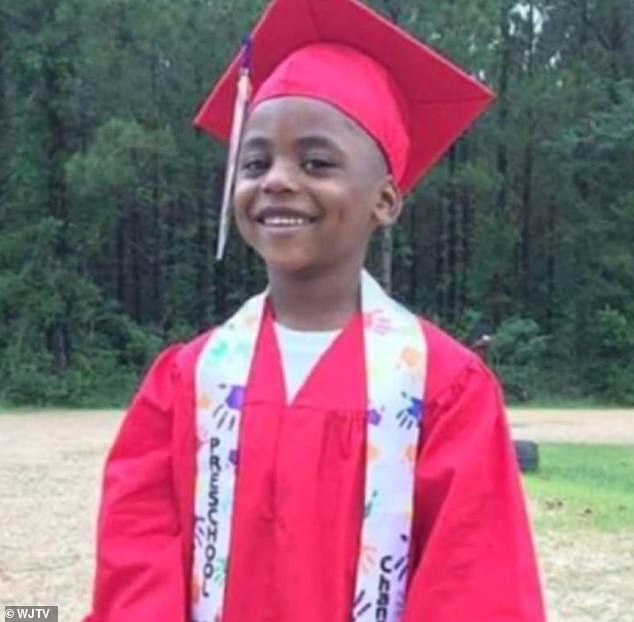 So far, Chance (pictured) has had three surgeries to control the infection, which has already spread through his legs 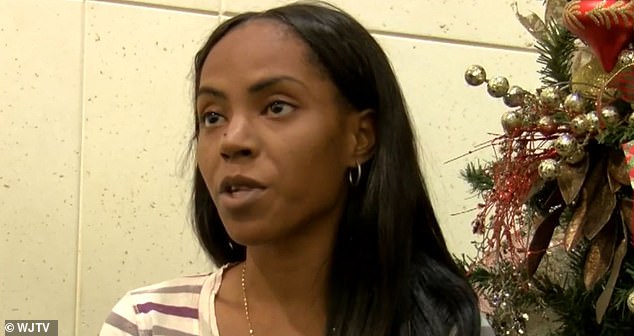 His mother, Melissa Evans (pictured), does not know how Chance contracted the infection. She is hoping to be able to bring him home for Christmas

‘It can come from many things: staph [bacteria], just a small cut, an open wound, just a scratch,’ she said.

‘With all this weather changing and sick babies and everything going around, just never take anything lightly.’

As of this Tuesday, Chance has been in the hospital for three weeks and has had three surgeries to prevent the infection from spreading even further.

Chance spent Thanksgiving in the hospital but Evans is hoping she’ll be able to bring him home for Christmas.

The mother-of-one has started a GoFundMe page to help cover the cost of Chance’s medical bills.

‘Just continue to pray for me and my baby. He’s still fighting and it’s going to be alright,’ Evans told the station.

WHAT IS NECROTIZING FASCIITIS?

Once the bacteria enters the body, through the tiniest cut, it can spread to the muscles, nerves, fat and blood cells around the infected site causing damage.

Strong antibiotics are imperative to treating the disease and are typically administrated through an IV.

Surgery is recommended when the antibiotics are unable to reach the tissue that has already been infected.

This happens when the bacteria has prevented blood flow to those areas.

If any of the infection is left in the body after surgery, it can cause organ failure.

About 25 to 30 percent of necrotizing fasciitis cases result in death.