Boy, 8, with cerebral palsy gets Wheel of Fortune costume

A boy with cerebral palsy got a ‘Wheel of Fortune’-themed Halloween costume this year.

Anthony Alfano, eight, watches the game show every night with his parents in Melrose Park, Illinois.

Anthony was born with cerebral palsy and cannot communicate verbally.

When he got a device that allows him to use his eyes to communicate, the first thing he did was pull up the alphabet board like he sees on ‘Wheel of Fortune’.

For Halloween this year, Anthony’s parents Deanna and Tony had the idea to turn the third grader’s wheelchair into a costume based on the show.

Anthony Alfano, eight, is pictured with his parents Tony, left, and Deanna, right, and the elaborate ‘Wheel of Fortune’ costume they made him for Halloween this year 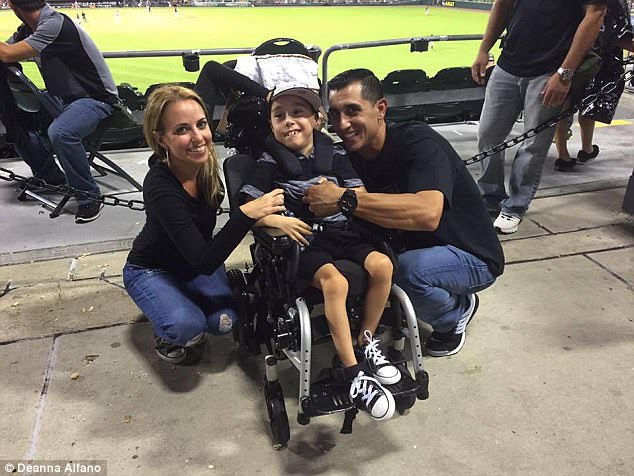 Anthony, who has cerebral palsy, watches ‘Wheel of Fortune’ with his parents every night

The couple started working on the costume in August, with Deanna handling the style and Tony taking care of the construction side.

The elaborate costume is crafted out of a combination of LED lights, foam, aluminum board and PVC pipes.

Deanna glued faux suede onto the foam to create the top level of the wheel that contestants stand behind on the TV show.

Tony used digital imaging to create the numbers on the wheel and contestant name tags.

He even added nuts and bolts to the wheel so it makes the clicking sound when spun as it does on the show.

At one point in the construction process the costume became too top heavy for the wheelchair, so Tony added support wheels cut from the family’s recycling bin. 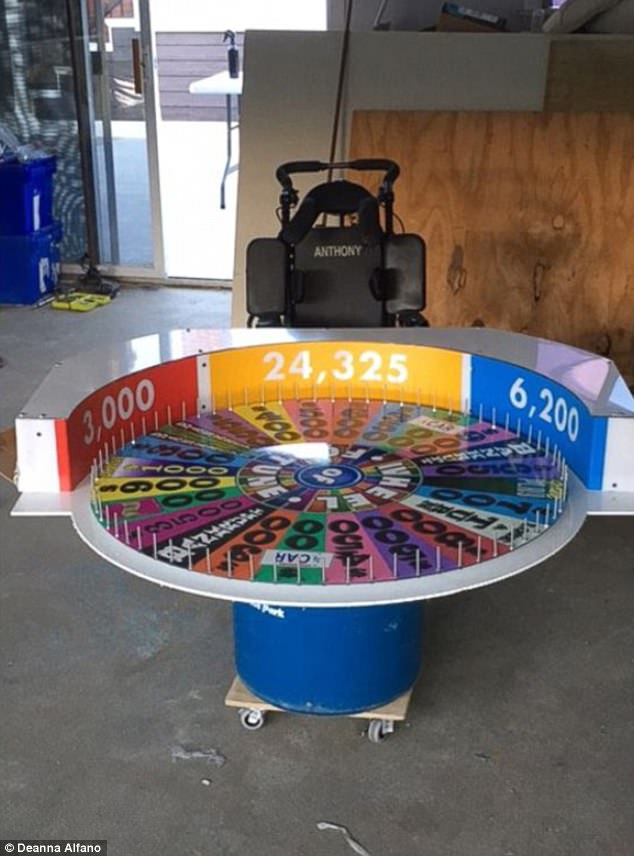 The couple started working on the costume in August, with Deanna handling the style and Tony taking care of the construction side. The massive wheel sits on the front of the chair 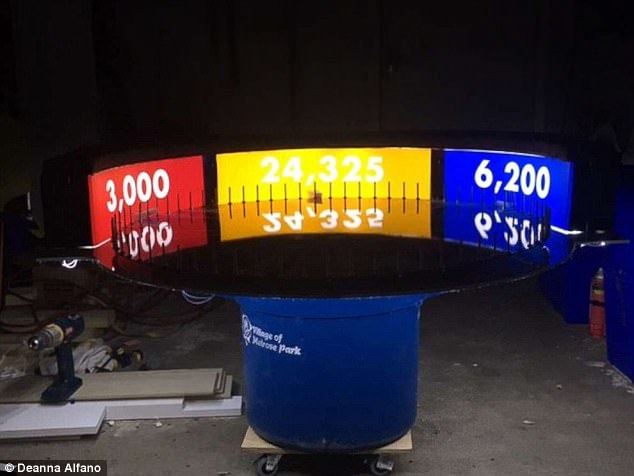 The costume is crafted out of a combination of LED lights, foam, aluminum board and PVC pipes. A recycling bin supports the wheel in the front while a Lazy Susan allows it to spin

A Lazy Suzan in the center of the wheel allows it to spin so friends can join Anthony in the game.

‘We really wanted it to be interactive for him,’ said Deanna told ABC News.

This is not Anthony’s first innovative costume. For his first Halloween they dressed him up as Elvis with bedazzled pants, gold sunglasses and sideburns.

Other years Anthony has gone as a hockey goalie, a jockey and Pinocchio. 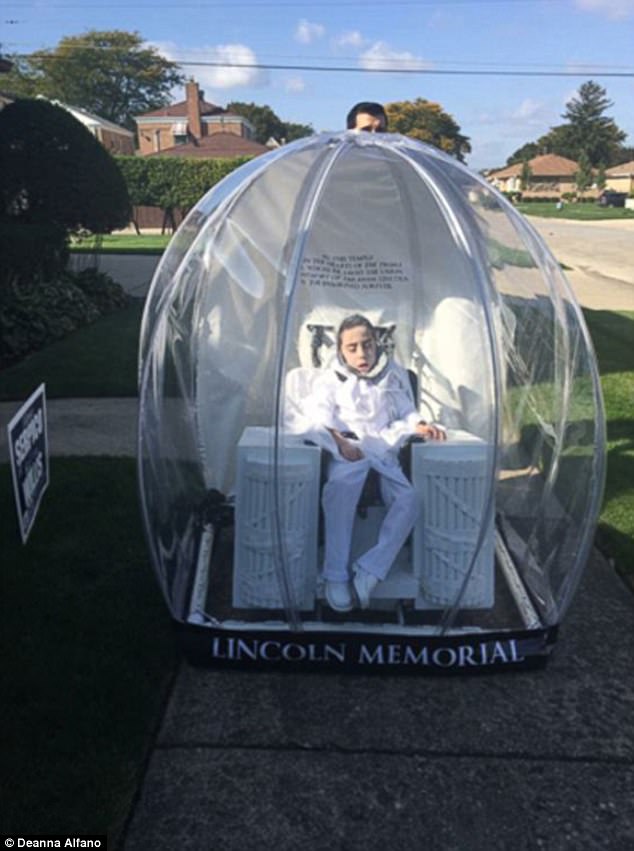 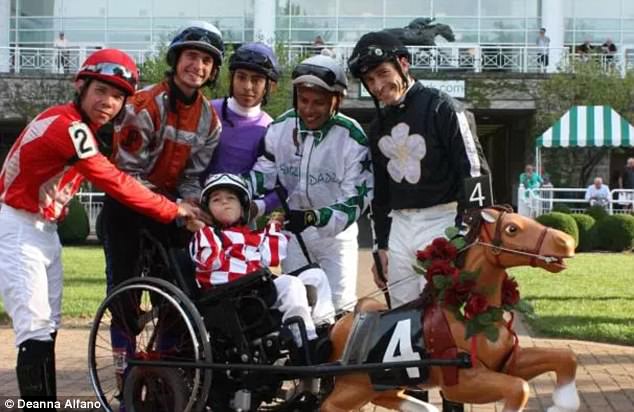 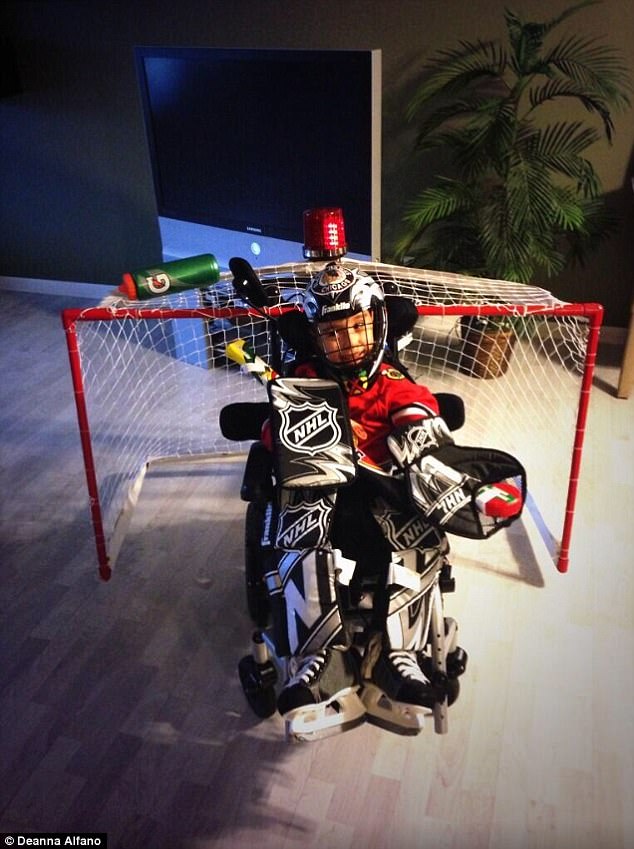 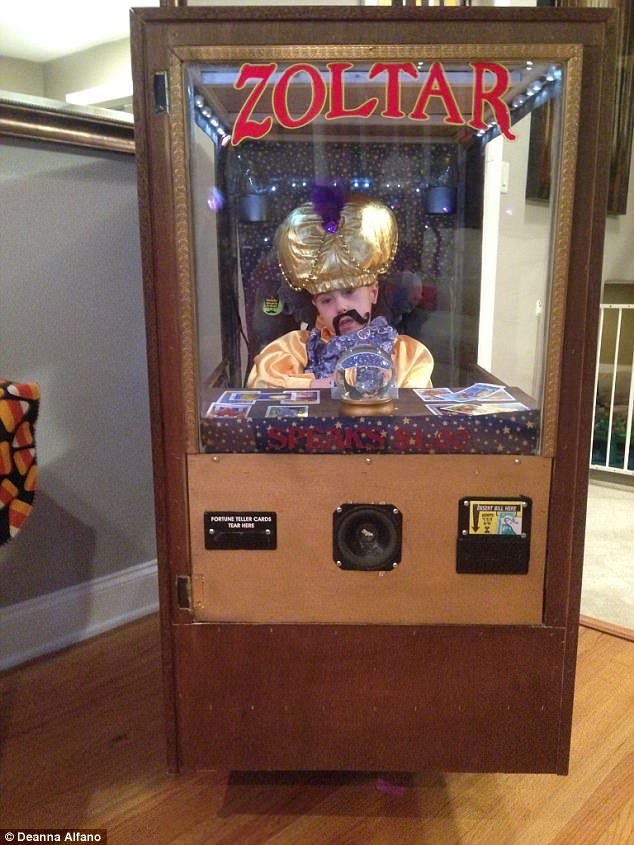 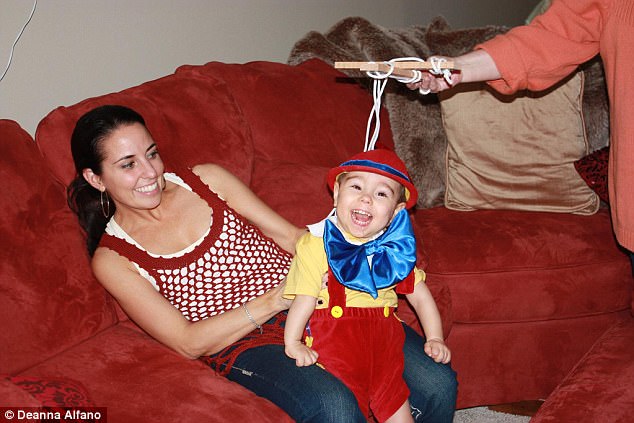