Boy, 9, saves incapacitated father by dragging him out of the water after he fractured neck diving

Boy, nine, is hailed ‘daddy’s hero’ after he dragged his father to shore when he fractured his neck diving at a Florida beach – despite a 100lb weight difference

A nine-year-old boy has been hailed a ‘hero’ for saving his father’s life following a diving a diving accident that left incapacitated and at risk of drowning.

Asaih Williams was with his parents and two siblings at Quietwater Beach in Pensacola, Florida on Saturday when he convinced his dad Josh Williams to go for a swim after sunset.

However Josh dived head-first into an area that was much more shallow than expected and Asaih – who had gone in legs first – worried when he didn’t resurface.

‘All I remember was that he said he broke his neck and he said he was scared,’ Asaih recalled in an interview with the Pensacola News Journal on Wednesday. 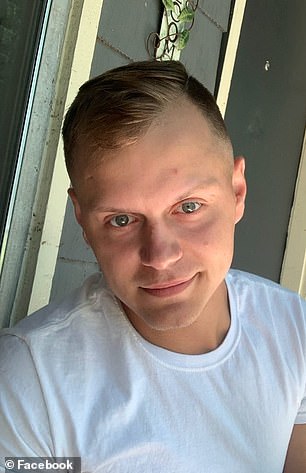 Asaih Williams, nine, got worried after his dad Josh Williams (right) didn’t emerge from the water after diving in Florida on Saturday after sunset 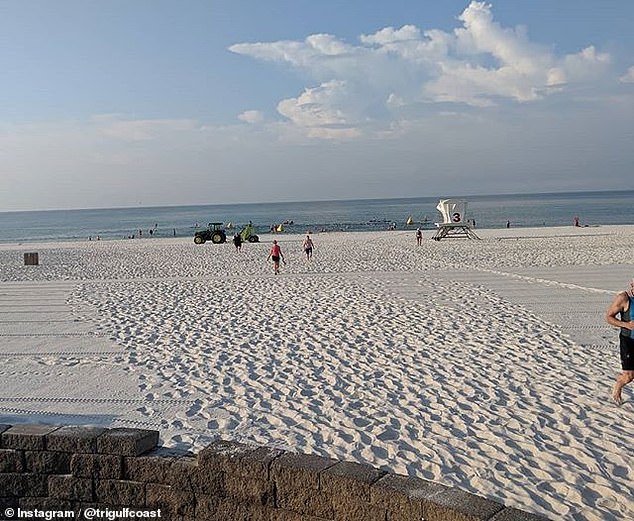 ‘I had a little time limit in my head. If I jump in and the person I’m jumping with in that certain amount of time (doesn’t come up), I go after them.’

His mother was taking care of her other children 50 feet away so Asaih tried with all his strength to drag his dad out of the Santa Rosa Sound, despite a 100lb weight difference.

First he flipped his dad onto his back so he didn’t drown and then he slowly tugged him toward the shore where a man came over to help and a woman called an ambulance.

‘I was up on the shore with these two younger ones,’ Audrey Williams, explained.

‘They were kind of playing around where the ferry docks in, so it’s about 15 feet deep right there. Then they went down a little bit further, to the right, at the end, where it was a lot more shallow. They couldn’t see that well.

‘Josh told me from the hospital, “I knew when I impacted, my neck was gone.”‘ 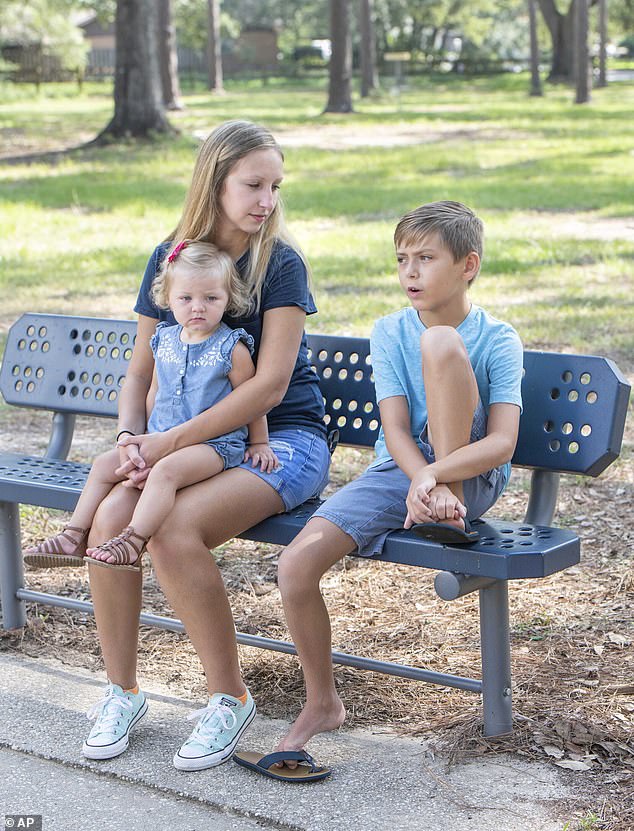 ‘I’m so grateful that (Asaih) was there for him because if he wasn’t there, my husband probably wouldn’t be here today,’ the boy’s mother Audrey said 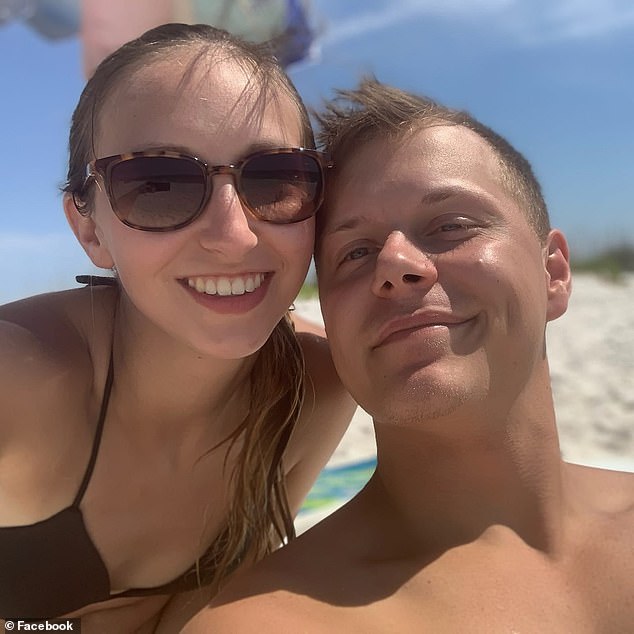 Josh was taken to Baptist Hospital as a trauma alert and was transported to Sacred Heart on Monday for C1-C3 fusion surgery.

The family was told the injury wasn’t life-threatening and that Josh wouldn’t have to be a wheelchair for too long.

‘He’s working on trying to get his feeling back in his arms and legs. His left side is worse than his right,’ Audrey said.

‘Doctors are saying he should have a full recovery. He’s progressing pretty fast. He lifted his head and sat up in a chair (Tuesday).’

Asaih’s leg is recovering from inflammation after the jump but it’s expected to be healed by the weekend.

His mother has hailed him a hero.

‘I’m so grateful that (Asaih) was there for him because if he wasn’t there, my husband probably wouldn’t be here today,’ she said.

‘The fact that a nine-year-old thought so fast in thinking, “Oh, I gotta help, I’m the only one here to help him.”

‘He brought him all the way back to shore all by himself. He’s daddy’s hero, that’s for sure.’ 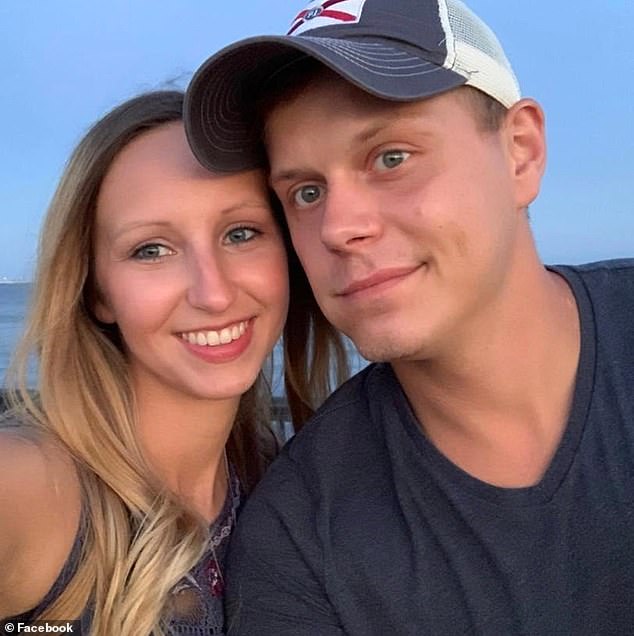 The mother said: ‘Josh told me from the hospital, “I knew when I impacted, my neck was gone”‘ 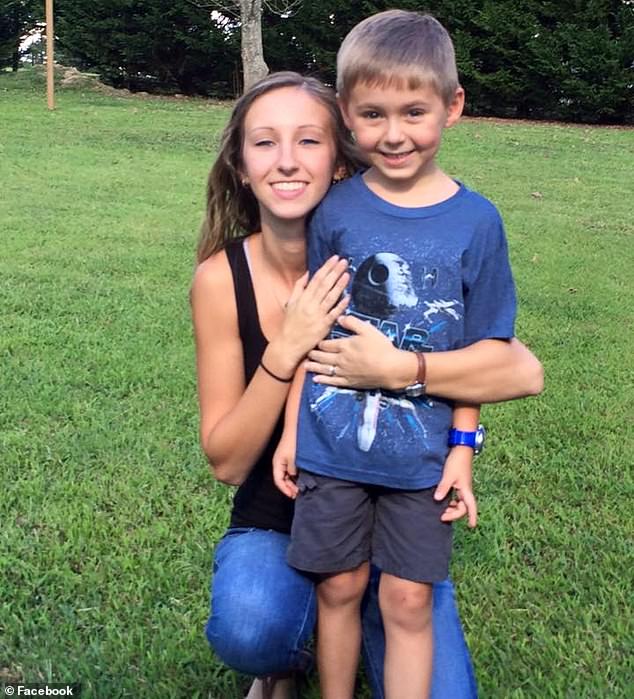