Boy breaks his back attempting a somersault at Russian sports centre

A 17-year-old Russian boy has been told he may never walk again after breaking his spine while bouncing on a trampoline.

CCTV footage shows the 17-year-old, whose name has not been released, performing a somersault at a local trampoline centre in St. Petersburg.

Something appears to go horribly wrong in his landing, and he bounces up and down a few times, seemingly with no control of his upper body. 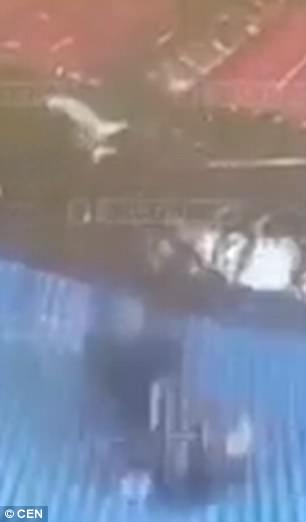 Bad landing: The teenager spins through the air before landing on his neck at the trampoline centre in St Petersburg, Russia

He is thought to have cried out in pain as several people nearby came over to help.

An ambulance was called to the scene by trampoline centre workers and the boy was diagnosed with a neck fracture and bruise to his spinal cord.

His condition is described as very serious and doctors are not commenting on whether he will walk again.

Police have reportedly initiated criminal proceeding against the centre owners. 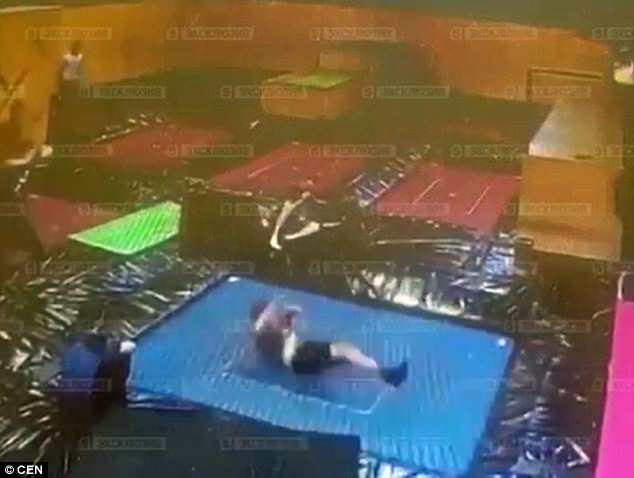 Shocking: Video shows the teenager bouncing up and down a few times, seemingly no longer in control of his upper body 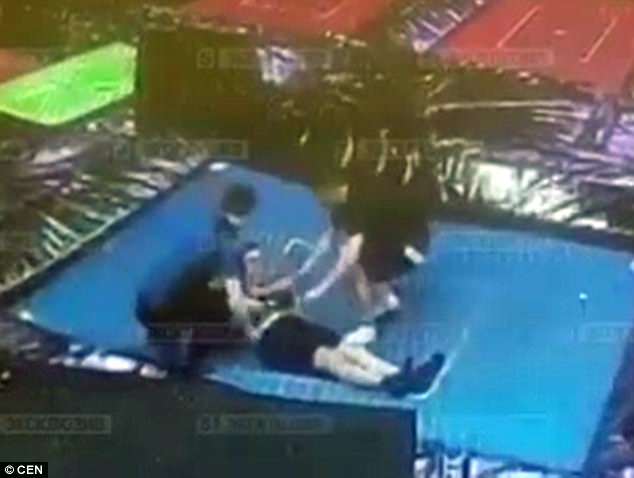 Injured: Several people come to his aid as he lies on the trampoline, allegedly after having cried out in pain

The case is being investigated, with police looking into whether the centre’s equipment was defective in some way.

Trampoline centres have seen a boom in popularity in countries including the UK in recent years.

The BBC has reported that official figures showed ambulances were called to 30 such centres a total of 315 times, or just over ten times each, in the year ending April 2016.