Boy dresses up in a suit to surprise his crush with flowers, chocolates, and a stuffed animal

Kindergarten Casanova! Five-year-old boy dresses up in a suit to surprise his crush with flowers, chocolates, and a stuffed animal for Valentine’s Day in viral video viewed 32 MILLION times


A little boy has captured the hearts of millions after dressing up in a suit to deliver flowers, chocolates, and a stuffed animal to a girl in his class in honor of Valentine’s Day.

Shelby Small, 32, from New York, documented the heartwarming moment her son Anthony surprised his crush Lila with gifts at her front door ahead of February 14.

‘My five-year-old asking a girl in his class to be his Valentine,’ she captioned the TikTok video, which has been viewed more than 32 million times since it was posted on Sunday.

A five-year-old boy named Anthony dressed up in a suit to surprise his crush Lila with flowers, chocolates, and a stuffed animal ahead of Valentine’s Day 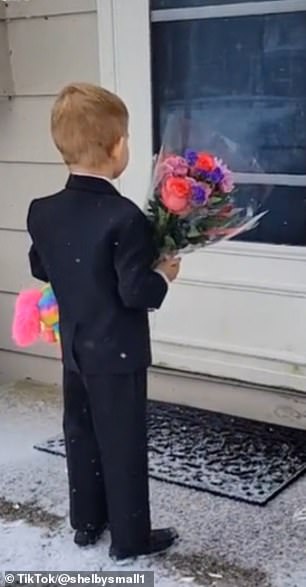 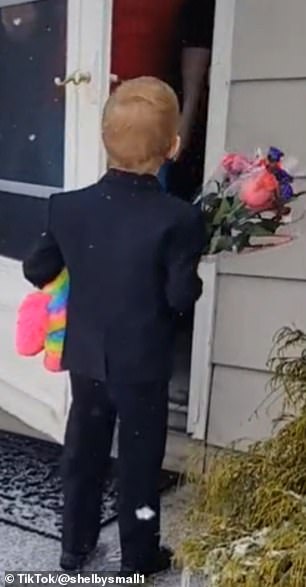 His mother, Shelby Small, shared a video of the heartwarming moment on TikTok on Sunday 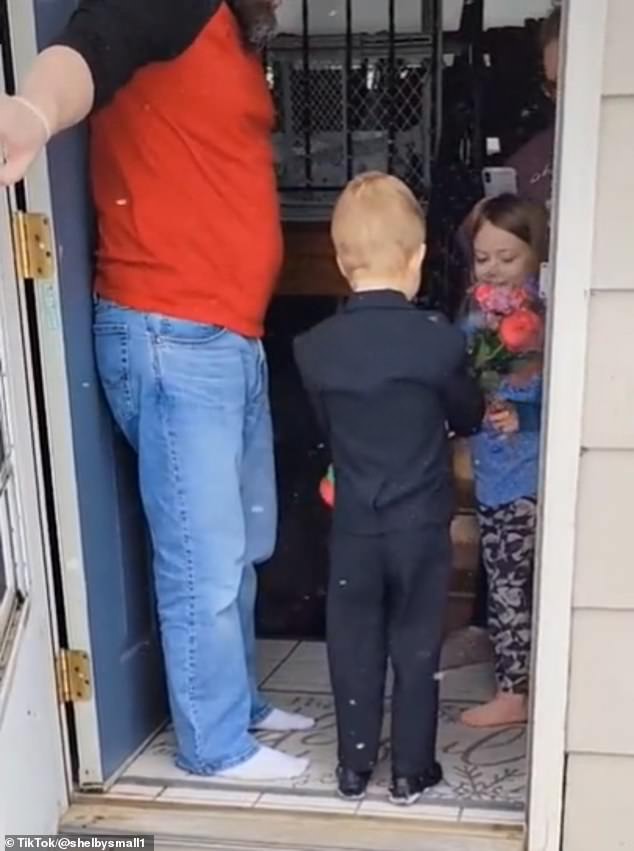 ‘My five-year-old asking a girl in his class to be his Valentine,’ Small captioned the clip

The clip shows Anthony looking dapper in a navy suit as he waits patiently outside his classmate Lila’s house with her gifts in his hand.

‘May I see Lila?’ he politely asks the man who answers the door.

When Lila comes to see him, he hands her a bouquet of flowers, a heart-shaped box of chocolates, and a rainbow stuffed animal. 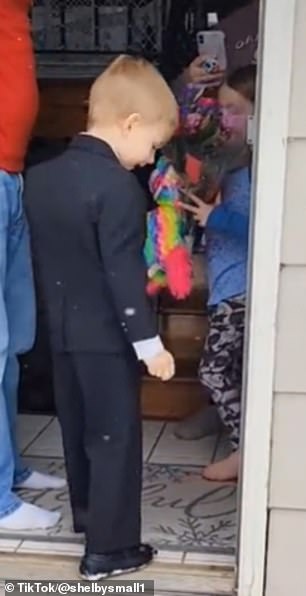 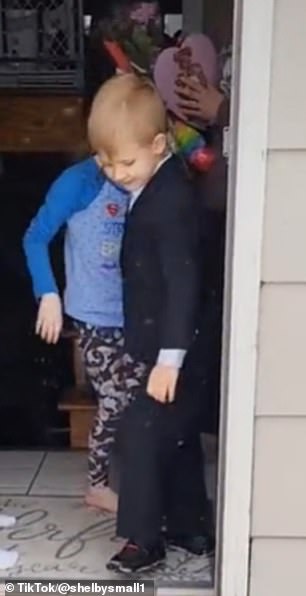 When Lila comes to the door to see him, he handed her all of her Valentine’s Day gifts 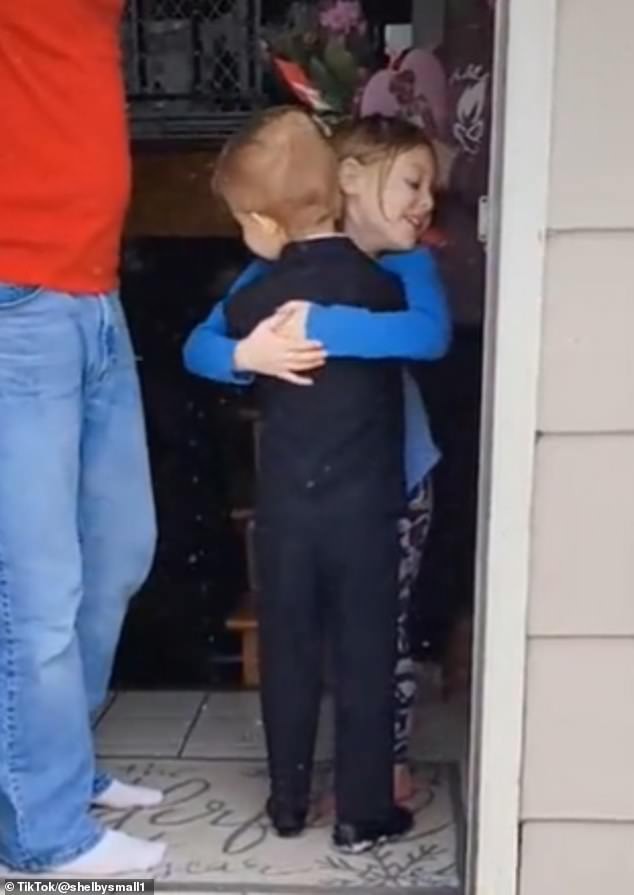 A woman, who is presumably Lila’s mother, offers to hold her gifts, so she can give Anthony a hug to thank him before he leaves.

The video has been received more than 148,000 comments from fans who were touched by Anthony’s romantic gesture.

‘What a little gentleman,’ one person gushed, while another added: ‘This was the cutest thing I’ve seen in a long time. 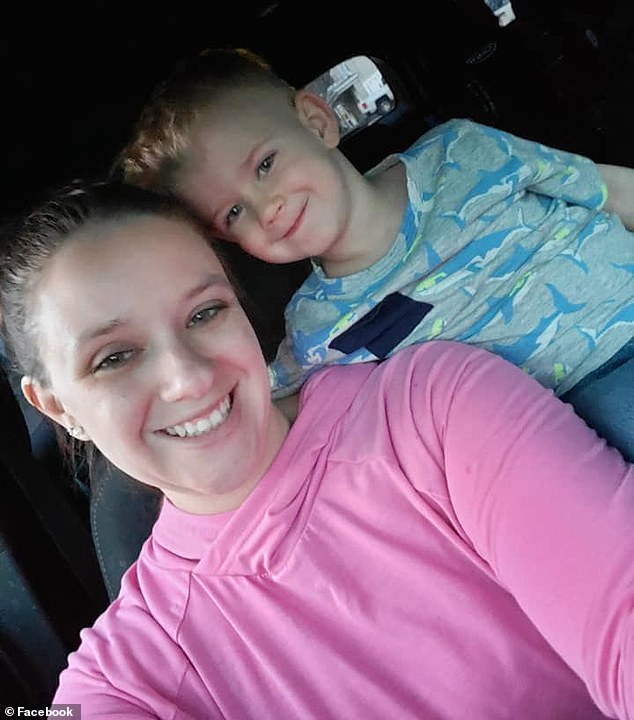 Small (pictured with her son) explained in the comments that it was Anthony’s idea to dress up in a suit to surprise Lila, saying they live just three houses apart

The video has been viewed more than 32 million times, and fans can’t stop gushing about what a ‘gentleman’ he is

‘Those parents better like each other cuz I think they’re going to be in-laws,’ someone else joked.

Small replied to the commenter, saying she has known Lila’s parents since high school, and they live just three houses apart.

‘There’s some GROWN men that need to take notes from this lil guy,’ one woman noted, while another commented: ‘It really starts with the parents… they don’t make them like this no more! Good job young man.’

However, the proud mom insisted that Lila’s surprise was entirely her son’s idea. She said she told him to ‘pick out a nice shirt and he came up with this.’