A message in a bottle that a woman tossed off the coast of Massachusetts has been found nearly two decades later in Nova Scotia.

Rita Ganim, 80, dropped the bottle into Ipswich Bay in August 2000 with a short message asking the person who found it to contact her.

Dallas Goreham, 11, had been looking for sea glass in the Canadian province last Wednesday when he came across the bottle. 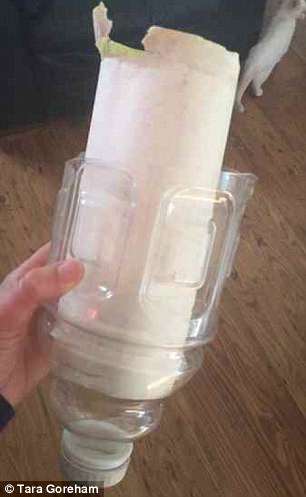 Dallas Goreham (left), 11, came across the message in a bottle (right) in Nova Scotia 18 years after it was thrown into Ipswich Bay by Rita Ganim, now aged 80 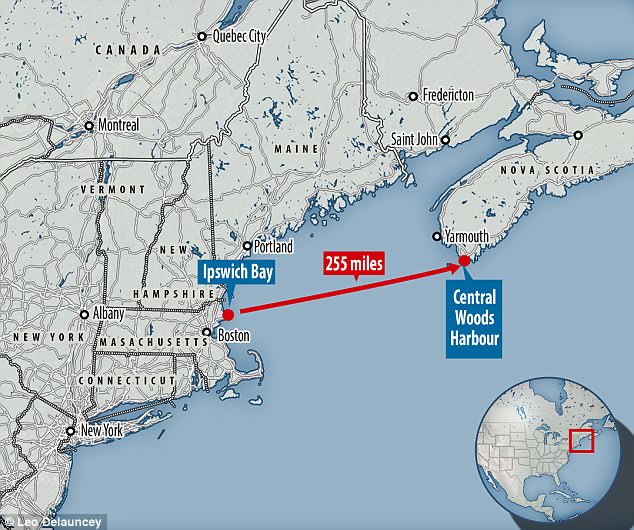 The boy’s mother tracked Ganim down through the newspaper and sent a photo of her son holding the message.

‘They don’t really teach cursive no more in school so I couldn’t really read it that good and I got my mother to read it to me and I was quite stunned,’ Dallas told the CBC.

Hi ‘friend,’ I am a visitor to Gloucester. I hope you will let me know if/when you find this. Cheers, Rita.

The email address the author had left was no longer active and Dallas and his mother couldn’t find the the woman on social media.

But they got in touch with a newspaper in Buffalo, N.Y., and found 80-year-old Ganim with the paper’s help.

‘It’s the most exciting time I’ve had in a long time,’ Ganim told the CBC.

‘I think that’s part of what life is all about — making connections and meeting people and seeing if we can help each other.’ 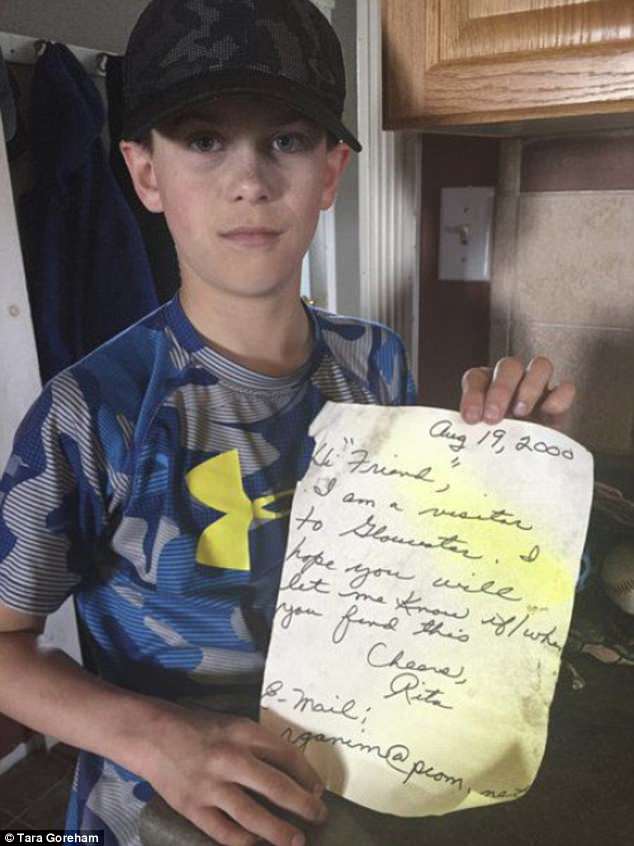 Ganim took her daughter Jackie and son-in-law Michael to Ipswich Bay 18 years ago and fulfilled a lifelong ambition – to throw a message in a bottle into the ocean.

The bottle washed up 255 miles from where she threw it, but it’s hard to know what journey the container took over.

Ganim is now planning to meet the Gorehams.