Boy, five, saved by doctors after he was shot in the face

A five-year-old boy who narrowly escaped death when his 12-year-old cousin accidentally shot him in the face has walked free from hospital after a miraculous recovery.

Cameron Calvisi was hit by a bullet fired from a .22 rifle at a Cottonvale property near the Queensland-NSW border earlier this month in what was described as a tragic accident.

The smiling youngster now wears a ‘halo’ neck-brace as a badge of honour to remind him and his relieved parents he survived being shot point-blank in the face.

Cameron Calvisi (pictured) was hit by a bullet fired from a .22 rifle at a Cottonvale property near the Queensland-NSW border earlier this month in what was described as a tragic accident 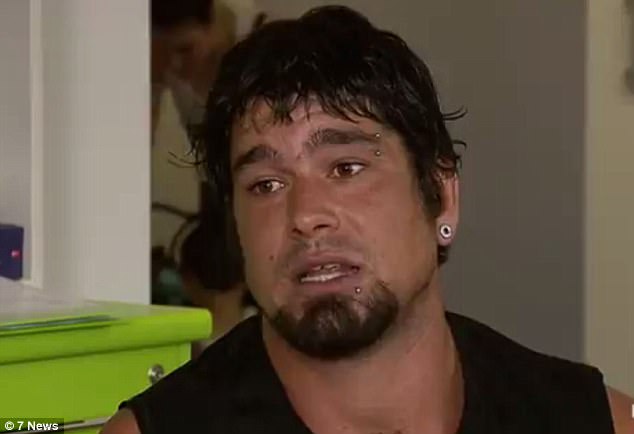 Doctors told Cameron’s parents the bullet entered through his right cheek and burst into fragments, wedging into his vertebrae.

It took three surgeries to remove all the fragments – and it was found had the bullet not been stopped by the vertebrae, it would have hit his spinal chord.

Cameron’s father Robert revealed his horror upon learning his young son had been shot in the face.

‘He’s running down to me with just… blood pouring down his shirt… and I didn’t even know what happened until my nephew came down and said he was shot in the face,’ his father Robert told 7news.

The youngster immediately ran for his father, yelling: ‘Daddy, I’ve been shot’. 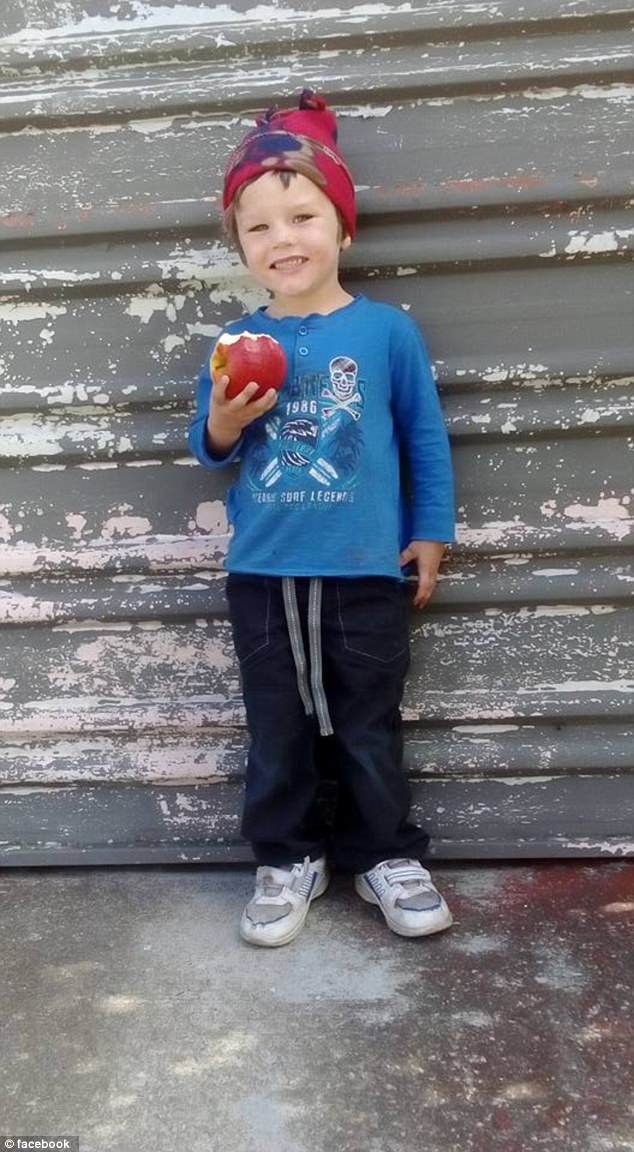 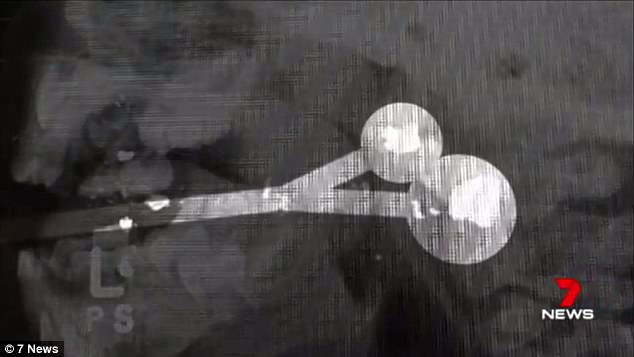 Doctors told Cameron’s parents the bullet entered through his right cheek and burst into fragments, wedging into his vertebrae (X-ray pictured)

Robert said he stuffed the child in his car, placing a shirt under him to absorb the blood that was running from his mouth and kept his son talking as he sped towards the closest hospital.

‘I’ve never driven so fast in my life, 156km/h I think I was doing all the way, in the rain,’ he told the Courier Mail.

‘He was drowsy. His eyes were starting to roll [as we drove to the hospital].

‘I just kept making him say ‘dad’ all the way into town. I was making him talk to me and he was doing it.’

When the father and son arrived at Stanthorpe Hospital, doctors quickly realised he needed specialist care, and he was airlifted to Lady Cilento Children’s Hospital in Brisbane. 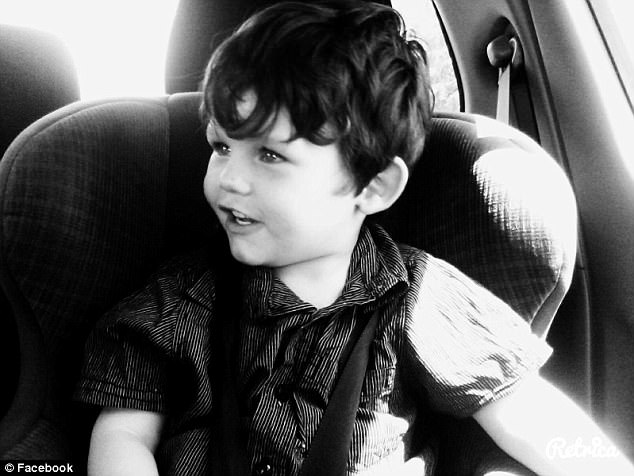 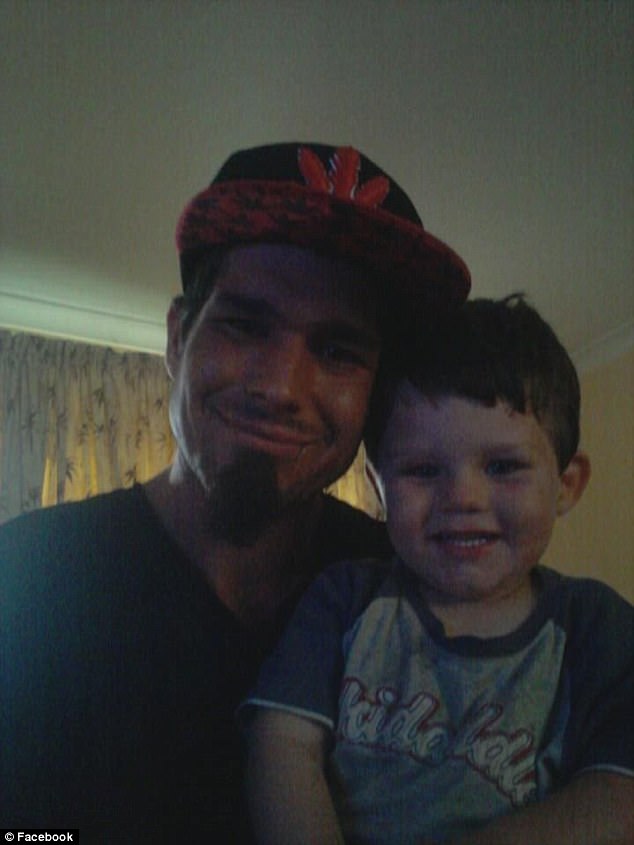 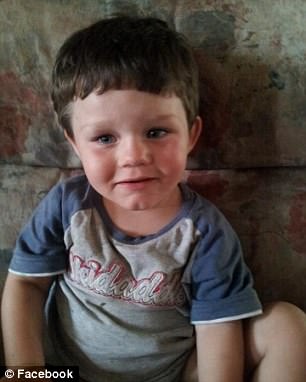 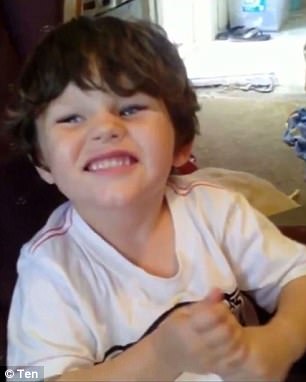 Cameron (pictured left and right) is expected to ‘heal like a saint’, his father says. The youngster is expected to be released from hospital this week but will have to wear a large metal brace 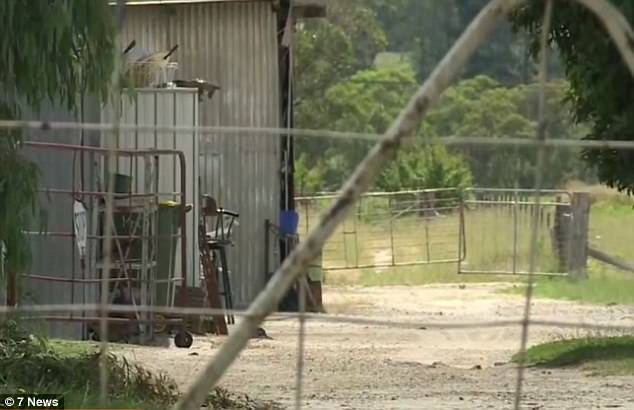 The child was hit by a bullet fired from a .22 rifle at a Cottonvale property, near the Queensland-NSW border, early this month (pictured)

His grandfather, Tony Calvisi, told Ten News about his devastation at the accident, and the fear of what could have happened.

‘Anything can go wrong when the bullet is that close,’ he said.

Cameron will need to wear a big metal brace, known as a ‘halo’, for the next eight weeks – but his father says his son will ‘heal like a saint’.

Robert said he is incredibly grateful to hospital staff for helping his son after the unthinkable accident.

‘I am really, really happy they saved my son’s life,’ he said.

Although police say the gunshot was likely an accident, they may still lay gun storage charges.