Boy, seven, nearly died from allergic reaction to McDonald’s smoothie after staff added yoghurt despite father telling them not to

A boy almost died after McDonald’s staff put yoghurt in his milkshake despite the youngster’s father asking them not to due to his allergies.

His father, David, saw the child break out in hives and struggle with his breathing shortly after starting to drink it.

The 55-year-old told The Times that he feared the boy would ‘explode or burst a blood vessel’.

‘We were walking through the park about a mile from our home and I had to carry him,’ he said. ‘I was contemplating the worst.’

The psychology lecturer gave his son his antihistamine and inhaler before calling an ambulance.

He went public with the 2017 trauma today following an inquest into the death of Owen Carey, who collapsed and died after eating a Byron grilled chicken meal.

The fight for Owen’s law after Byron death

Owen Carey collapsed and died in April 2017 after eating chicken marinated in buttermilk.

An inquest into his death on September 12 heard how the 18-year-old died in his girlfriend’s arms on the London Eye.

Mr Carey was allergic to wheat and dairy products but there was no mention of buttermilk on the menu at the Byron restaurant at the O2 in North Greenwich.

Now his grieving family are fighting for Owen’s Law, which would force eateries to list allergens contained in their meals on their menus.

Mr Carey had also told staff at the burger restaurant of his allergies and was not told the chicken was marinated in buttermilk.

His family are pushing for an ‘Owen’s law’ which would mandate menus to show allergen information on every dish.

Mr Tyfa, who works at Huddersfield University, wants written processes with failsafe checks over how restaurants deal with requests about allergens.

He believes the ‘frantic and chaotic’ atmosphere at McDonald’s mean there is ‘far too much room for error between the order and the final product delivery’.

Mr Tyfa says there should be labels put on every product which has had an allergen taken out at the request of a customer.

McDonald’s said human error was at fault over the incident concerning his son and says that procedures were not followed correctly, for which a spokesperson apologised.

They said that booklets are available in all McDonald’s branches but said it is impossible to guarantee products are completely free of allergens. 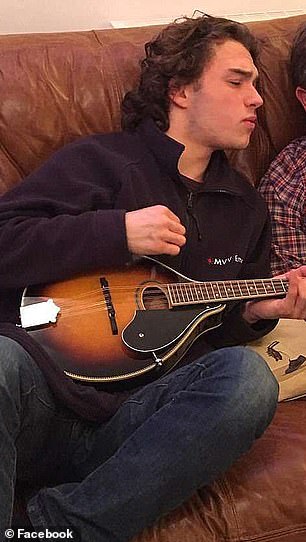 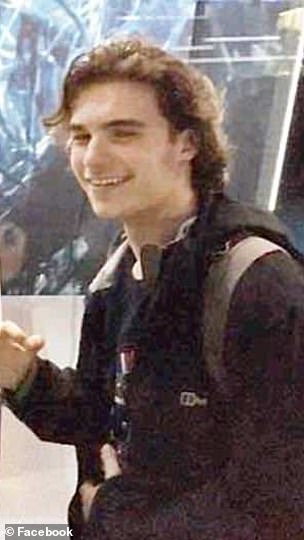 Mr Carey (pictured) was allergic to wheat and dairy products but there was no mention of buttermilk on the menu at the restaurant at the O2 in North Greenwich, Southwark Coroner’s Court heard