Boy, six, is rescued by firefighters after he gets his leg stuck in a garden chair

Boy, six, is rescued by firefighters after he gets his leg stuck between two wooden slats on a garden chair

A six-year-old boy had to be rescued by firefighters after his leg became stuck between two wooden slats on a garden chair.

Little Oscar White had stood on the outdoor chair and had been trying to open a parasol when the seat collapsed, leaving his right leg stuck.

Oscar had been enjoying the warm weather in the garden of his family home in Essex with his parents Salli and Chris when the incident happened.

His parents tried to free him before calling 999.

Amazingly, the incident mirrored an almost identical event 20 years ago when Oscar’s father also got his head stuck in a garden chair.

Oscar’s mother Salli, 28, said the family had been in the garden most of the day and had decided to also have dinner outside.

‘Oscar stood on the chair to try and open the parasol above the table and as I turned round and told him I would do it, he went to sit back down and slipped. 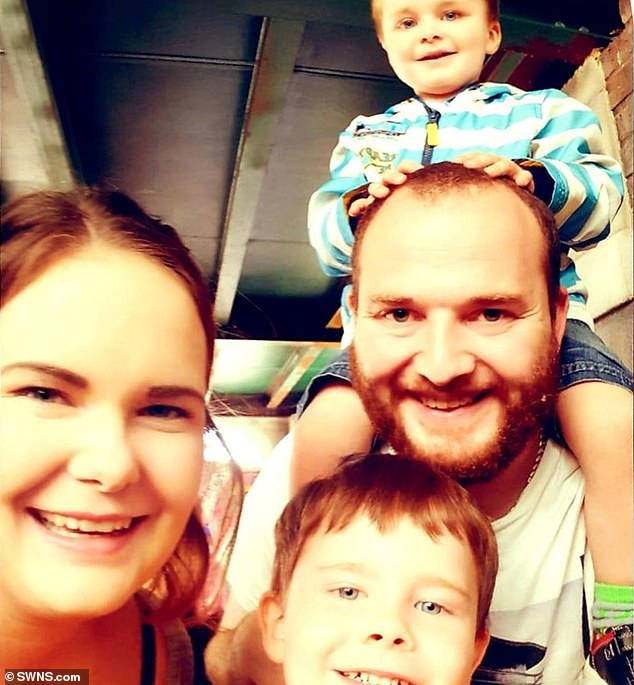 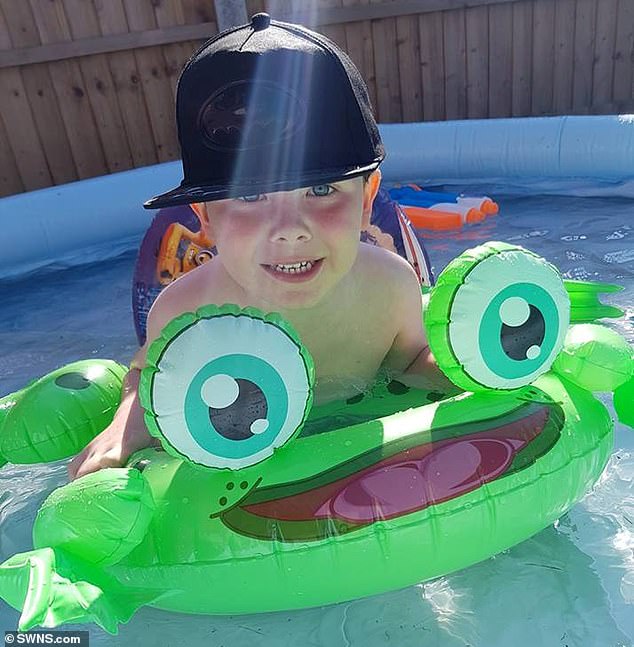 Oscar pictured above, enjoying his time in the sunshine on an inflatable frog and wearing a cap

‘I thought he was being dramatic and then I realised his leg was stuck through the chair.

‘We tried to give it a wiggle but it wasn’t moving and started getting uncomfortable for him.’

Salli, also mother to four-year-old Toby, called her mother for advice before phoning 999 and asking firefighters to come to their rescue.

‘They were amazing, they turned up in just 15 minutes and kept Oscar so calm,’ she said.

‘They tried to use Fairy liquid to get his leg out first but it wouldn’t budge so they had to cut him out using a saw. 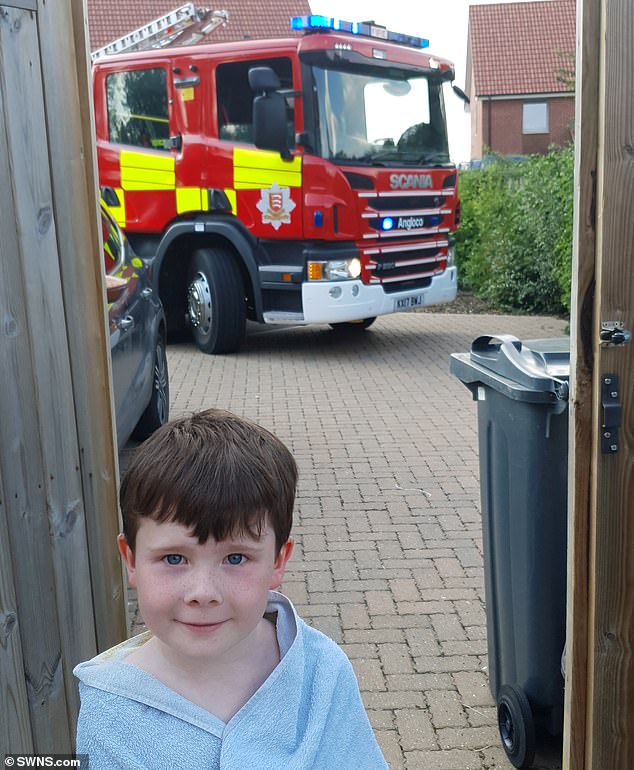 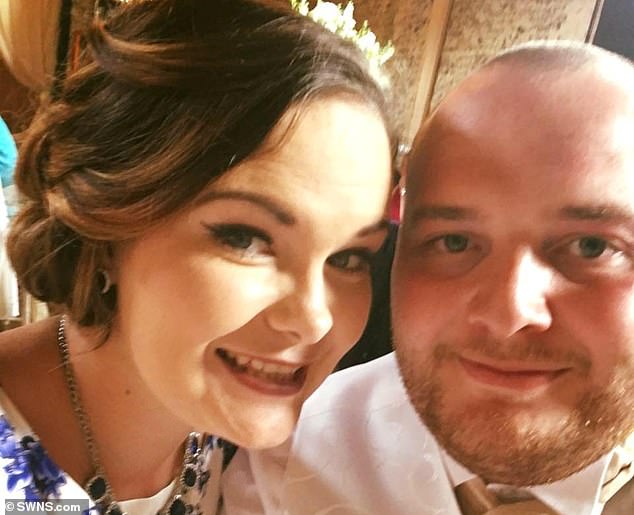 Salli and Chris White, pictured above, said their little boy had been scared at first but was put at ease

‘He was really quite scared at first but they were really reassuring and talked him through everything they were doing.

‘He was just embarrassed as he wasn’t wearing any clothes so we had to try and protect his modesty with a towel.’

The incident was similar to an event 20 years ago when Oscar’s father also got his head stuck in a garden chair.

Chris, 27, who now works at Waitrose, was just two-years-old when he knelt on a plastic chair and got his head stuck between the seat and the metal frame.

Firefighters used hydronic wire cutters to free him and he was given a bravery award and reading book by staff at the playgroup where the incident happened.

Salli, who runs a cleaning company in Essex, added: ‘It’s unbelievable the same thing could happen twice, to a father and son.

‘The chair is broken but Oscar’s leg is OK and still in one piece which is the main thing. He has a little bruise and a scuff around his knee.

‘As he stood up on the chair whilst playing with his brother the wooden seat gave way and as he fell through it it trapped his leg.

‘Good old Fairy Liquid was tried first but to no avail, therefore we resorted to using an electric power saw to release him from his predicament.

‘He was released unharmed.’