Boy swept in sewer sticks finger out of manhole and is…

An 11-year-old boy sucked into a flooded Wisconsin storm sewer was saved when an eagle-eyed firefighter saw the boy’s fingers pop through an opening in a manhole cover.

The astonishing rescue happened on Tuesday evening as storms pounded the southern half of the state and southeastern Minnesota.

The Calumet County Sheriff’s Office said the boy was playing with friends in a flooded drainage ditch after the rains passed around 6pm in the Village of Harrison.

He disappeared under the water and didn’t surface.

Emergency responders, police and firefighters search for a missing boy who disappeared beneath the water of a retention pond while playing with friends on Tuesday 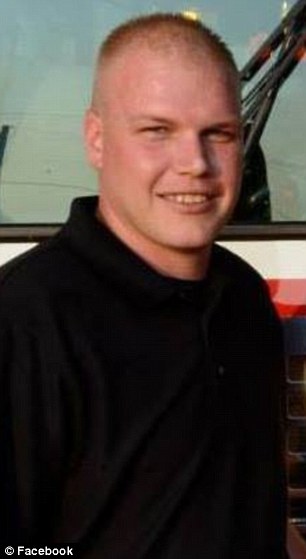 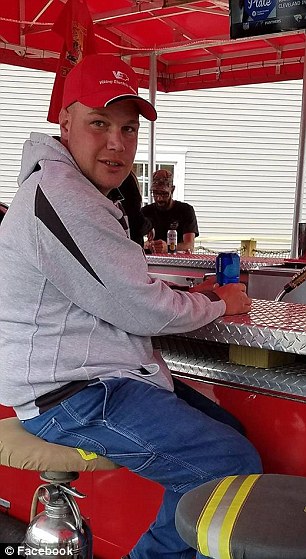 The boy was found, alive, in an air pocket beneath a manhole cover about thirty feet from the place he went missing and was helped out by Deputy Fire Chief Wesley Pompa, pictured

Deputy Fire Chief Wesley Pompa said that when they arrived they found a bystander trying to hold onto the boy but he was sucked into a culvert that led to the storm sewer.

Pompa said the water was rushing so quickly it would have sucked a full-grown man into the culvert.

The rescuers could do nothing except try to determine where the flow might take the boy.

Pompa called the village road superintendent, Bob Kesler, to the scene to help map out the sewers.

Pompa and Kesler were standing on top of a manhole cover about 30 feet away from the ditch when Pompa saw the boy’s fingers pop through an opening in the cover.

The boy had found air pocket just beneath the manhole cover and was hanging onto a ladder leading up to the manhole. 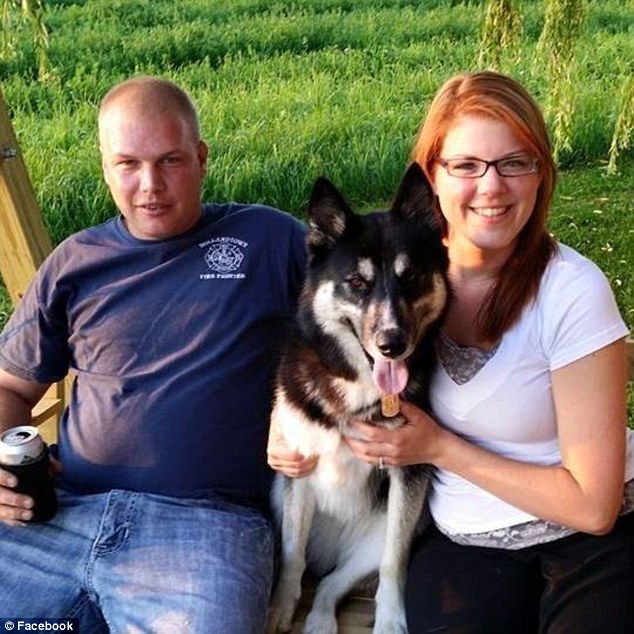 The boy was found, alive, by Pompa, left, in an air pocket beneath a manhole cover about thirty feet from the place he went missing 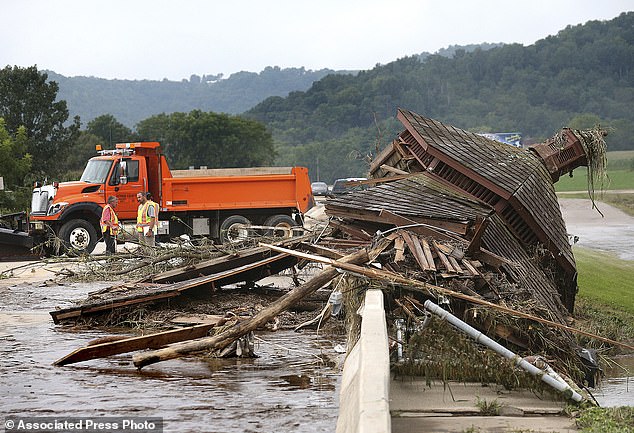 A gazebo from nearby Veterans Memorial Park is seen pinned up against the Hwy. 14/61 bridge Tuesday, in Coon Valley, Wisconsin, moved there by flood water from Coon Creek

The firefighters wrenched the cover open. Pompa and Kesler lifted the boy to safety.

‘He was hollering and talking to us and he was able to reach up for us,’ Pompa said.

The boy was taken to the hospital, and authorities said he was alert and conscious after his ordeal. Pompa said he never got the boy’s name.

‘I just thank God he was alive and he’d made it that long,’ Pompa said. ‘It could have gone a million different ways but this one way it worked out for him.’

A string of storms began moving through the region last week, flooding streets and farm fields and cutting power.

One man was killed in Madison as he tried to escape from a flooded ditch last week. 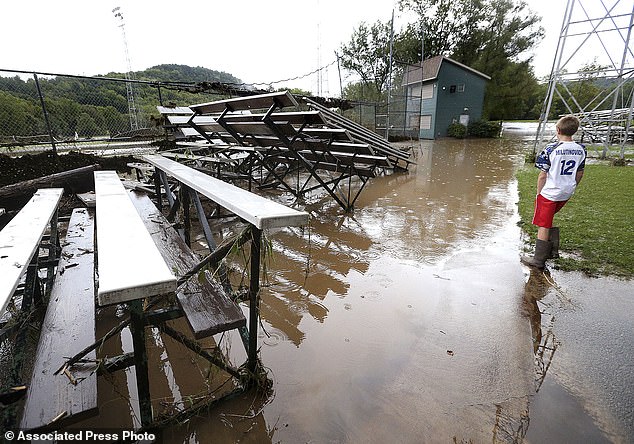 State emergency officials said 20 counties have been affected by flooding over the last 10 days. Gov. Scott Walker has declared a state of emergency in seven counties so far.

Hardest hit has been Wisconsin’s southwestern corner. Up to 11 inches fell in the region Monday into Tuesday, forcing evacuations in La Crosse, Vernon and Monroe counties.

The area got another 1.3 inches of rain on Tuesday. The deluge stranded two Amtrak trains carrying about 400 passengers for hours because of flooding over the tracks.

The trains sat on the tracks overnight. Amtrak spokesman Marc Magliari said passengers were given complementary food and water and the trains are designed to accommodate passengers overnight.

The trains were expected to get underway again some time Wednesday.

Parts of Interstate 90/94 were closed overnight due to standing water on the pavement and highways across southern Wisconsin have been rendered impassable.

Emergency officials in Madison were still grappling with flooded streets on Wednesday morning and warned commuters to expect delays for days. 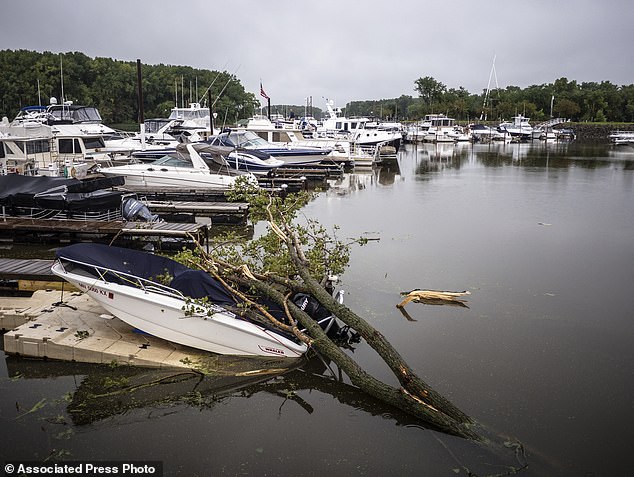 A boat damaged by a fallen tree sits in Ole Miss Marina after a huge storm in Vasa, Minnesota

Several tornadoes were spotted Tuesday afternoon in Campbellsport, Lomira, Oakfield and Brandon, Wisconsin, according to the National Weather Service.

Some 12,000 We Energies customers were still without power Wednesday morning as utility crews worked overtime to restore service.

Southeastern Minnesota has also been struggling with flooding over the last few days. Tuesday night’s storms largely missed that area, passing to the south, although some spots got hit hard.

Houston County officials, for example, reported 7 inches of rain and had to evacuate a campground and a tornado came down in Goodhue County, Minnesota Emergency Management spokesowman Amber Schindeldecker said.

No evacuations have been reported to the state, she said.