Boy, ten, is among five people shot by gunman on a Bronx street

Boy, ten, is among five people shot by gunman on a Bronx street as chilling security footage shows suspect running towards his victims

Five people including a ten-year-old boy wereshot by a gunman in New York City yesterday.

The shooting took place on East 153rd Street and Courtlandt Avenue in the Melrose neighborhood of the Bronx at 4pm.

Police are searching for the suspect described as a man in his late 20s wearing a black and blue jacket with short hair.

Surveillance footage shows the gunman run across the crosswalk pointing a gun. He quickly darts around the corner after shooting on East 153rd Street and Courtlandt Avenue in the Melrose neighborhood of the Bronx at 4pm 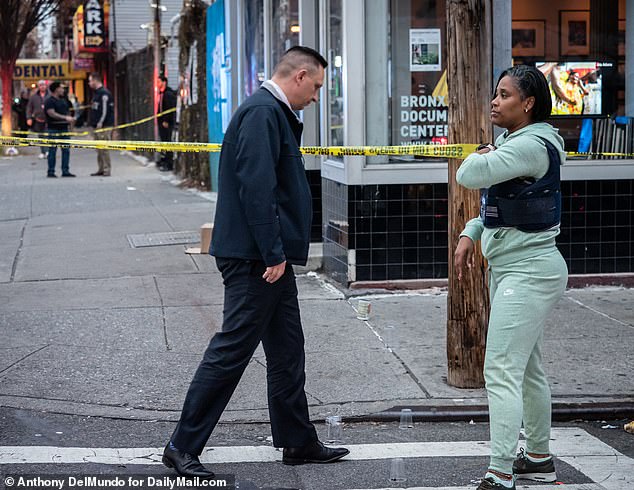 Four out of the five victims were rushed to the Lincoln Medical Center in the Bronx while the boy, ten, was taken to Harlem Hospital Center in Manhattan, according to police.

The victims are in a stable condition and the injuries do not appear life threatening.

Security footage shows the gunman running across a crosswalk pointing the weapon at the people on the street.

Pictures show the street scattered with bullet shells as officers corner off the street. 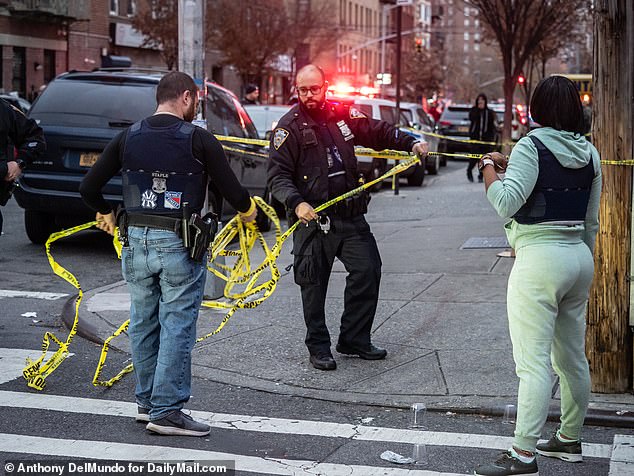 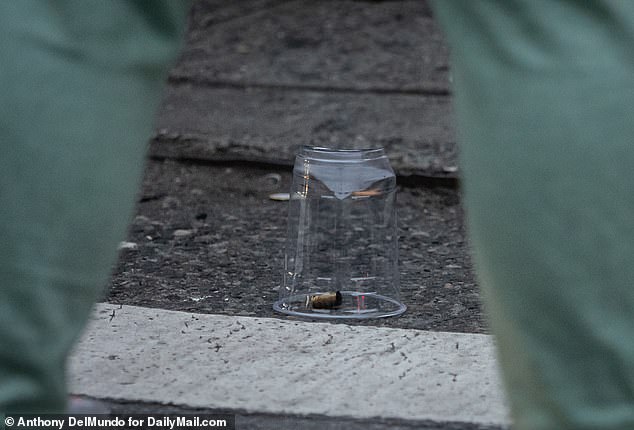 A bullet shell on the crosswalk after the attack. One of the victims ran into a liquor store screaming ‘my brother’

Three of the youngest victims ran into a liquor store where the manager called the emergency services and treated their wounds.

‘First time when I saw them I didn’t even realize that they were shot,’ manger Adam Lin of Courtlandt Wine & Liquor store told ABC7.

Mr Lin said he heard gunshots but thought it was noise from a nearby construction.

He said one of the victims ran in screaming  ‘my brother, my brother!’ 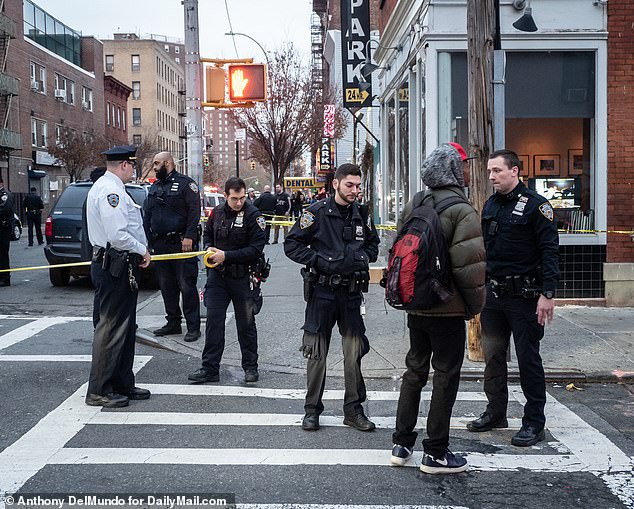 NYPD investigate the scene following the attack. A nearby shop owner said he heard gunshots but thought it was noise from a nearby construction

Journalist Michael Kamber, who runs the Bronx Documentary Center said staff were beginning to teach after-school classes when they heard the terrifying gunfire.

Mr Kamber was not in the area at the time of the shooting but said he was unfortunately not surprised to hear what had happened.

‘There has been a big ramp up in violence and drug activity in the last six months,’ Mr Kamber told the New York Times.

He added how since opening the center eight years ago the crime in the area was ‘as bad as I’ve seen it’.

New York Police Department said no arrests have been made and the investigation is ongoing.