An Indigenous teenage boy with a mental impairment was stripped of his clothing for ‘three days’ because he refused to wear an anti-suicide smock that he likened to wearing a ‘dress’.

The boy, understood to be 17 years old, was held in Brisbane’s maximum-security police watch house – which is also home to adults accused of offences such as murder and rape – earlier this year due to lack of space in youth detention facilities.

Newly unearthed documents obtained by the ABC revealed three officers from the facility restrained the boy so they could dress him in a ‘suicide smock’ after officials deemed him to be a suicide risk.

A suicide smock is a single-piece, tear-resistant garment used to prevent a detainee from committing suicide.

But when the boy refused to wear it he was stripped of his usual attire and instead ‘chose to wear the garment as a sarong’.

The young man was diagnosed as suffering from a neurodevelopmental disability and foetal alcohol spectrum disorder, according to Office of the Public Guardian documents.

The documents stated he told the child safety officer about his adverse mental state, and the officer then relayed to Queensland Police that the boy was suffering from ‘suicidal ideation’.

Officers responded to the information by placing the young man in a padded cell and attempting to put him in the suicide-preventative outfit.

‘Subsequently three or four male officers held [him] down and undressed him … and [he] was yelling and screaming the whole time,’ the document said.

The boy is understood to have told a child safety officer he had refused to wear the smock because he had ‘feelings of shame’.

‘High concerns’ for the boy were also raised by the Queensland Department of Child Safety who wanted to try to get the boy some clothes. 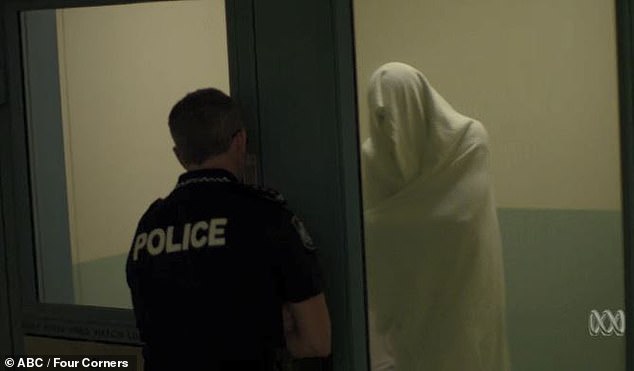 The Office of the Public Guardian also expressed their concerns for the young boy in an email.

They asked to ‘escalate a complaint’ in relation to the ‘lack of clothing’ that had been provided to the young man.

It stated he had not been given any clothing besides the smock. 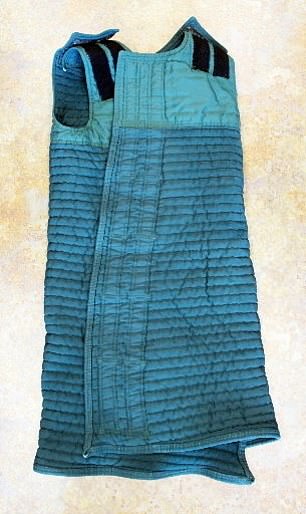 The Public Guardian office also said holding the boy in an adult watch house was distressing and had contributed to a decline in his mental well-being.

A spokeswoman for Child Safety Minister Di Farmer said the boy was given the smock to wear ‘for his own safety’ but he was later ‘assessed’ and it was found he was able to wear ‘ordinary’ clothes.

‘We’re absolutely outraged that a child with a disability has been left naked in a cell for three days. This is abhorrent, and it’s a gross violation of this child’s human rights,’ Ms Farrant said.

‘The Queensland Government needs to act now to implement recommendations from all previous inquiries into abuse of people with disability in the justice system.

Pictured: A mock-up of the email from the Office of the Public Guardian expressing concerns for the young boy

‘We call on the Queensland Government to develop a Disability Justice Plan to coordinate reform to the justice system to make sure that no more children or adults with disability are abused like this.

‘Our justice systems have to be accessible and accommodating to people with disability, or they give no justice at all.’

Ms Farrant said the situation needed to be addressed by way of a Royal Commission.

‘We expect the upcoming Royal Commission into Violence, Abuse, Neglect and Exploitation of people with disability to look closely at the justice systems around Australia, and the impact they have on us. 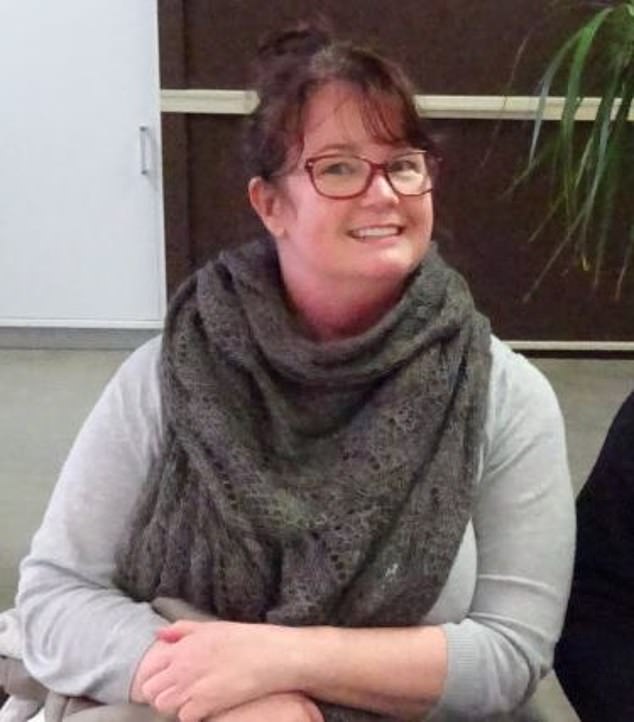 ‘In particular, our Royal Commission has to take an intersectional approach that specifically looks at the impacts on Aboriginal and Torres Strait Islander people with disability, including on children with disability,’ she said.

A spokesperson for Queensland Police Service told Daily Mail Australia the well-being of individuals in custody was a ‘priority’.

‘The Queensland Police Service (QPS) holds the safety and well-being of people in its custody as a paramount priority,’ a spokesperson said.

‘Incidents which come to the attention of the QPS in relation to custody issues are immediately assessed and rectified.

‘The actions of the QPS are both subject to internal and external review by a range of oversight bodies.

The spokesperson said ‘action’ was taken when the young boy was identified to be at risk of self-harming.

‘Inquiries into this incident indicate immediate action was taken when a juvenile in the watchhouse was identified as a risk of self-harm.

‘The juvenile was placed in an isolated cell and provided with a suicide protection garment as is standard QPS custodial practice before being returned to the wing area.

‘Inquiries indicate the juvenile was not naked and remained clothed throughout, but chose to wear the garment as a sarong for a period of time instead of in the traditional way,’ the spokesperson said. 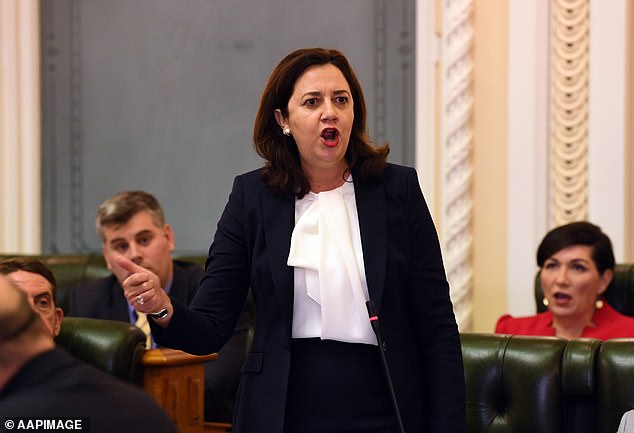 Queensland Police Service also confirmed a review into the incident by the Ethical Standards Command had taken place.

But said it had not identified ‘any breach of discipline or misconduct’ by any of the officers.

In May ABC’s Four Corners aired an investigation that found a number of children had been held in watch houses.

After the show aired Premier Annastacia Palaszczuk said the issue would be ‘fully investigated’.

But according to ABC only a ‘limited investigation’ took place.