A 14-year-old boy with cerebral palsy has proved he isn’t letting his disability hold him back from being a cheerleader.

Garrett Escoto, a student at Cadwallader Middle School in Las Vegas, has been wheelchair bound since childhood and also suffers from asthma and visual impairment.

However, thanks to his school’s inclusive Sparkle Effect Program, Garrett has realized his dream of becoming a cheerleader and recently participated in the Las Vegas Middle School Classic Cheer competition. 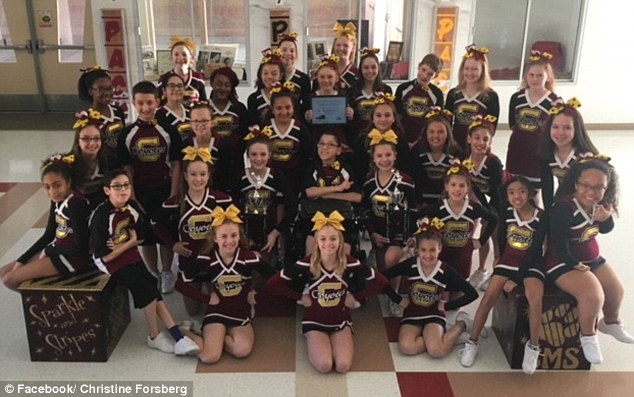 Squad goals: Despite having cerebral palsy, Garrett doesn’t let his disability hold him back thanks to his school’s inclusive Sparkle and Stripes squad, part of the Sparkle Effect initiative

The Sparkle Effect is a nonprofit organization that helps students nationwide create middle school, high school, and college cheer and dance teams that bring together students with and without disabilities.

Park of his school’s Sparkle and Stripes team, Garrett recently took to the floor with his classmates and performed a routine with classmates Ainslee Burns, 14 and Aspen Reed, 13, in the Exhibition category.

Explaining their routine, Sarah Cronk, Founder of the Sparkle Effect said: ‘Since we are different than the ‘normal’ cheer team, we are put into an Exhibition category. We have competed in several competitions over the last two years, in this category.’ 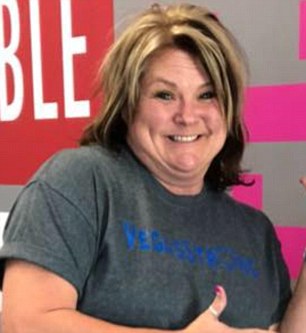 Support: School nurse Christine Forsberg was involved in getting endorsement from the Sparkle Effect

Flanked by his female classmates, Garrett’s performance was choreographed by Terri Grim, Head Cheer Coach at Cadwallader Middle School and they performed their routine without a hitch in front of over 1,000 spectators and cheerleaders from around the Las Vegas area.

Speaking about what motivated the program, school nurse Christine Forsberg explained that aside from the Special Olympics, their school district did not have an outlet for students with special needs to participate in extra-curricular school-based activities, such as sports.

After some research, she came across the Sparkle Effect organization, and the school had to campaign to be endorsed as they were the first middle school to ever do so.

Garrett has also been actively involved in the Sparkle and Stripes program since 2015, and Christine explained that he was instrumental in receiving endorsement for his school. 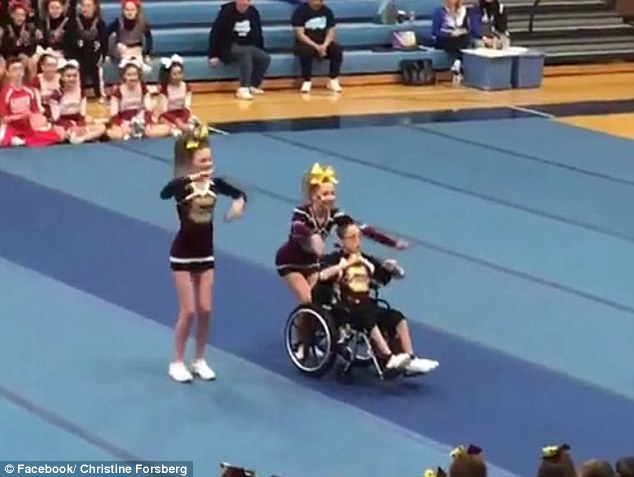 Perfect performance: Garrett, Ainslee and Aspen performed their routine without a hitch in front of over 1,000 spectators and cheerleaders from around the Las Vegas area 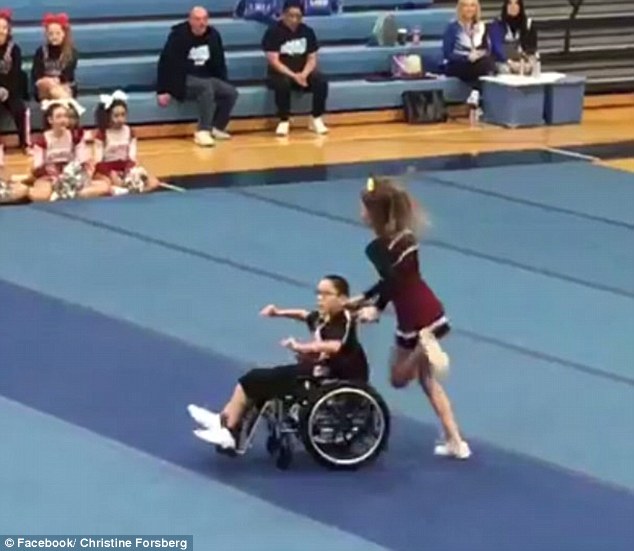 Respect: Garrett is respected by his peers and is looked to as a leader who can overcome any challenge 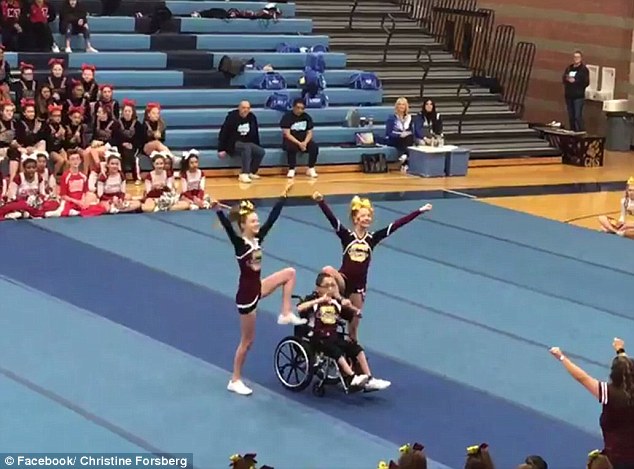 Fitting in: Christine also revealed that for many children participating in the program, they simply want to fit in

‘He is respected by his peers and is looked to as a leader that can overcome any challenge. Once the Sparkle and Stripes Squad was ready to start, he was at the head of the line ready to take on the world,’ she said.

Christine also credits the school’s principal, Mindi Martinez with implementing the Sparkle and Stripes program at the school.

‘Together, we came to the conclusion that the time had come that our school began to include students of all abilities, in sports programming wherever and whenever possible,’ she said.

‘Since cheerleading/dance could be easily adapted to varying skill levels, can include both boys and girls, and is centered on raising spirit; what better way to raise everyone’s school spirits than to include students with disabilities on the cheer/dance team?’

She added: ‘These students don’t just want to cheer. Like all students, they want to fit in.’

Currently, more than 150 inclusive teams have already formed in schools coast to coast.