Kansas City cops are searching for a man who shot dead a Missouri woman on her doorstep after her 10-year-old son answered the front door.

LaShonda Myers, 31, was killed Wednesday night in her Kansas City home when the unannounced visitor showed up and asked the boy to fetch his mother.

‘His mama came around the corner, and the next thing you know, he said he seen him just pull out and pow, pow. I don`t understand. I really don`t,’ said Mynesha Myers, La Shonda’s sister.

The 10-year-old boy who answered the door to his mother’s killer is still having hearing problems from the fatal gunshots, his aunt says

The boy’ s aunt said he called 911, but that his mother died at the home.

‘I was just at a loss. I felt empty I felt breathless, cause this young lady takes care of her kids. She is not out here in the streets doing anything to make anyone want to do something like this to her, so I just don`t understand,’ said Mynesha Myers.

‘She really didn’t do anything. She was what they call a square. You know, she is not out there partying. She goes to work, takes care of her kids.’

The boy is still suffering from hearing problem caused by the loud gunshots.

In the 911 call, the boy said ‘He went upstairs and went looking for me in my mom’s room – I could have been an easy target.’ 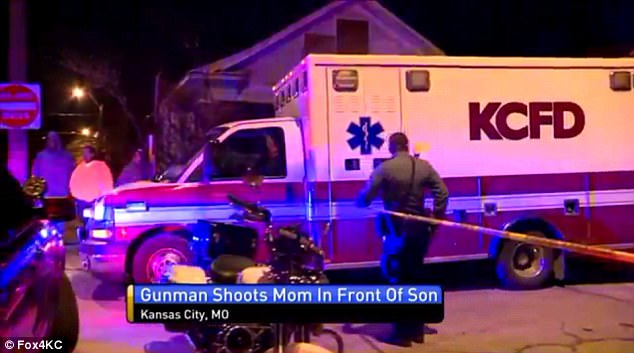 Myers’ aunt, Rachel Johnson said of the event, ‘No child should have to deal with that.’

Myers was a certified nursing assistant and worked at Myers Nursing and Convalescent Center in Kansas City.

Police have not identified a suspect or motive. 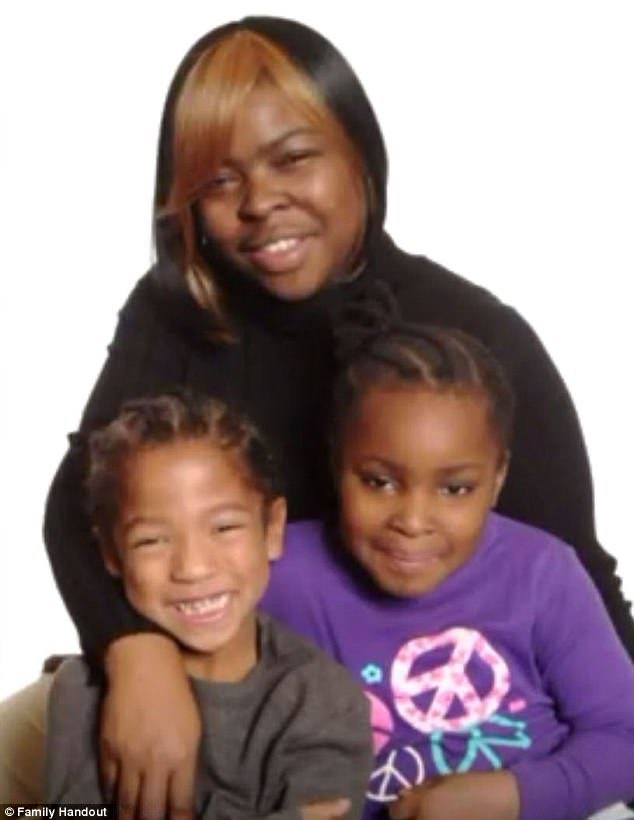 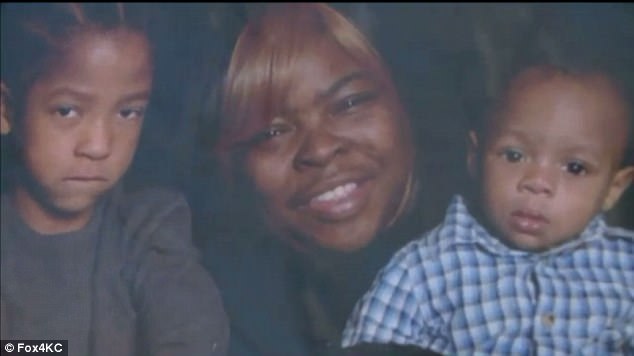 After she was shot, Myers’ ten-year-old son attempted to call 911