Boy,12, fighting for life after falling 15m off a cliff at Gerringong Falls, NSW

A ‘kind-hearted’ teenage boy is fighting for life after falling 15m off a cliff during a family trip to a popular tourist spot, moments after taking a selfie with his devastated mum.

Tarj Baxter, 12, and his mother Stacy drove to Gerringong Falls, south of Sydney, on October 30 to meet his grandparents for a day of mountain bike riding, hiking, and swimming.

But their ‘beautiful family day out’ quickly descended into a nightmare as they prepared to make their way back home to Shellharbour.

Hiking back up the falls, Tarj lost his footing and tumbled down the ravine, eventually reaching the cliff and falling 15m over the edge to the ground.

His mother and grandparents quickly climbed down through the rugged terrain to find Tarj’s unconscious, holding him for three hours until help arrived.

Tarj Baxter, 12, is fighting for life after suffering severe brain injuries after falling 15 metres of a cliff while hiking with family. He is pictured with his mother Stacy at Gerringong Falls on the day on the tragedy

‘Imagine seeing your 12-year-old son lying there in such a state. No parent should have to endure that. The trauma of that is beyond belief.’

Tarj was flown to Randwick Children’s Hospital where he had emergency surgery to relieve the swelling and pressure on his brain.

He was placed into a medically induced coma in the ICU, in a critical but stable condition.

Ms Chapman said Tarj was walking behind the adults as the group made their way back up the steep valley when the tragedy unfolded.

‘Tarj was chatting away with his uncle, when his uncle heard a wail turned to see Tarj falling down the ravine,’ she said.

‘He yelled out “he has gone over” then everyone rushed to find reception to call emergency services.’ 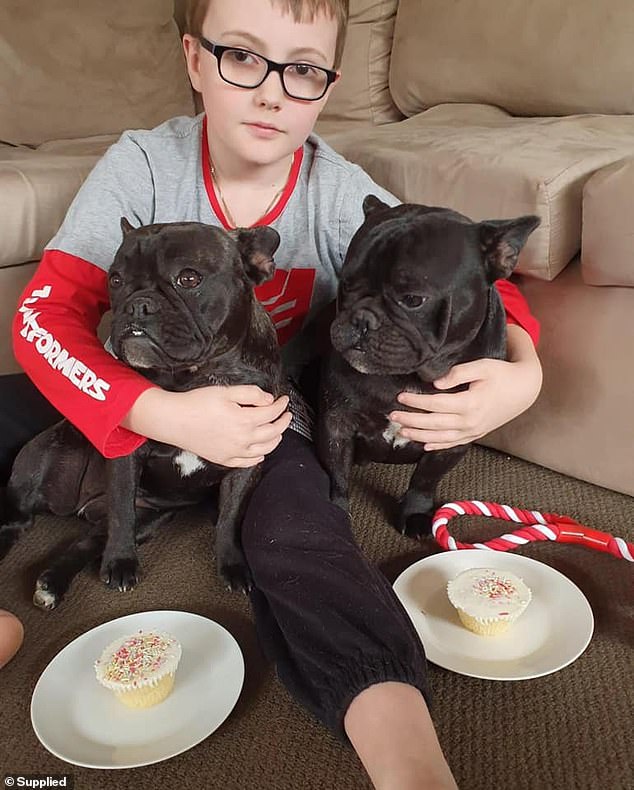 Due to Tarj’s condition being unstable, doctors were unable to run further tests to determine the extent of his brain injuries or if he suffered any neck or spinal damage.

After spending weeks waiting in limbo, Stacy and Tarj’s dad Darren were given more clarity about their son’s state on Monday after doctors were finally able to do an MRI.

Tests ruled out neck and spinal injuries, the results showed the Year 7 student had suffered significant brain damage to both the left and right sides of his brain.

‘His parents were distraught. I received a call from Tarj’s grandmother. She was absolutely beside herself. It is just devastating.’

At this stage, doctors are unable to predict how Tarj’s injuries will impact his functioning in the future.

He is out of a coma but is still sedated, with doctors telling his parents it is now just a ‘waiting game’ to see if he wakes up.

Ms Chapman, who calls Tarj her ‘fourth child’ said he is a caring and gentle-natured boy who enjoys motorbike riding and fishing with his dad, his French bulldogs, and his PlayStation. 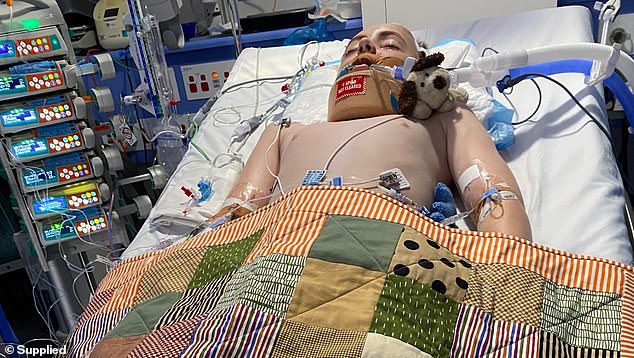 Her son Archie and Tarj, an only child, were born just four weeks apart and grew up together like brothers.

‘Tarj is his parents world. They are absolutely distraught,’ she said.

‘This tragedy has changed Tarj and all of our families lives forever and we are all absolutely devastated and feeling more helpless than ever.’

Stacy, who works in insurance, and Darren, a truck driver, dropped everything to be by their only child’s side in Sydney as they hope and pray he will pull through.

As they brace for the long and difficult recovery journey ahead, Ms Chapman and Stacy’s sister Jaimi Colquhoun launched a GoFundMe to help the family financially.

So far, the fundraiser has raised $63,450, which will go towards supporting the family while Tarj is in hospital and assist in any modifications or care that may be required in the future.

‘Stacy and Darren will be remaining in Sydney by Tarj’s side until he can come home so we are raising money to keep them afloat during this horrific time,’ the page reads. 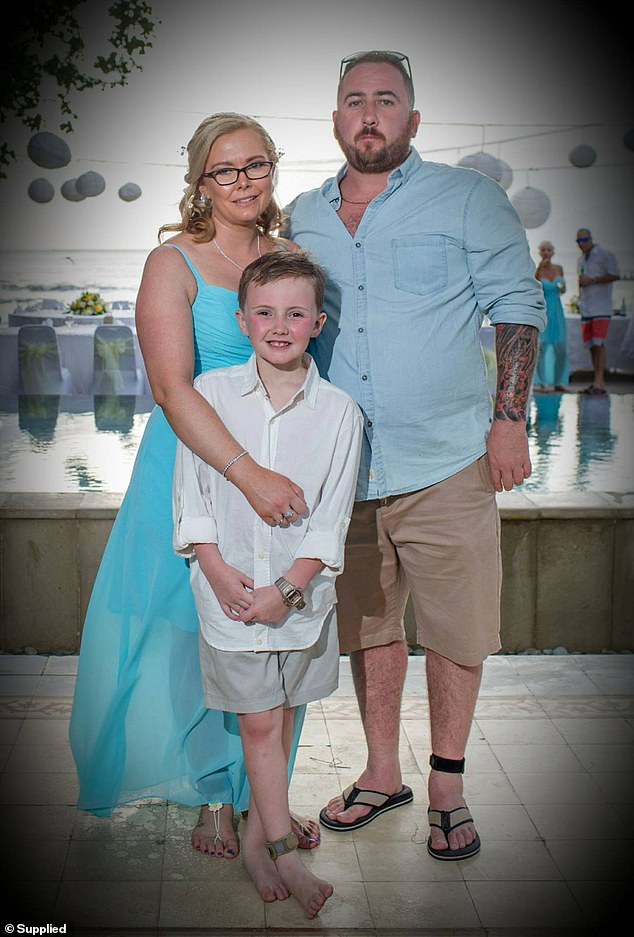 ‘Donations will be used to cover accommodation expenses, out of pocket medical expenses, potential rehabilitation expenses, and day to day costs that wages would normally cover.

‘Given the expected timeframe, they will likely be on little to no income for the duration.’

More than 600 people have also joined a Facebook group set up to share updates about Tarj’s health progress.

Despite the bad news about Tarj’s injuries, his loved ones are staying positive and have vowed to ‘not give up hope’.

However, they hope the tragedy will remind others to take stock of the important things in life.

‘Let this be a reminder that life is precious,’ Ms Chapman said.

‘Appreciate your loved ones and hug them that little bit tighter because you never know when a freak accident is going to happen and change everything in an instant.’