Boyfriend, 24 of antiques dealer, 64, is arrested for his murder

Boyfriend, 24, of antiques dealer, 64, is arrested for his murder after he was found face down with his throat slit in his blood-splattered apartment on New York’s Upper East Side

The much younger boyfriend of an antiques dealer who was found dead in his New York City apartment has been arrested on suspicion of murder.

Alex Ray Scott, 24, surrendered to police shortly after midnight on Friday, two days after 64-year-old Kenneth Savinsky was found dead in his own apartment on the Upper East Side.

He was found in possession of five stolen credit cards, according to the New York Post.

Alex Ray Scott, 24, of Tulsa, Oklahoma is taken into custody by police in Manhattan on friday 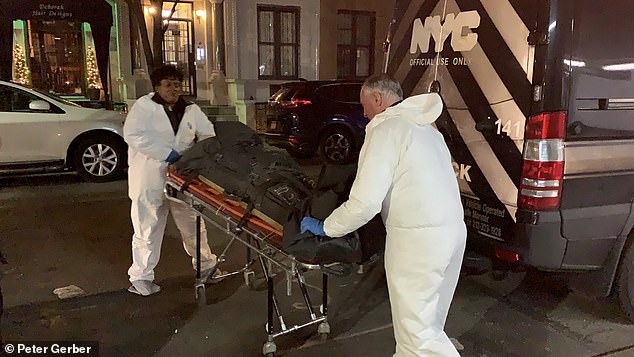 Victim Kenneth Savinski, 64, was found dead in the living room of his first floor apartment on E. 83rd St. near Park Ave. about 5:20 p.m. Wednesday

The grim murder case first unfolded at about 5.20pm on Wednesday, when a friend who hadn’t heard from Savinski for a long time went to check on him at his apartment on 83rd Street near Park Avenue.

Cops rushed to the scene and found Savinski with a deep gash in his head and neck wounds. He was declared dead at the scene.

Initially, police were uncertain whether Savinsky had tripped and suffered accidental injuries. But closer examination revealed that the antique dealer’s throat had been slit, and blood splatter indicated he had been attacked.

Police searched for a motive in the case, and it was not immediately clear if investigators had identified Scott as a suspect before he surrendered at the 19th Precinct on East 67th Street.

Scott made incriminating statements to investigators after his surrender, a police source told the Post. 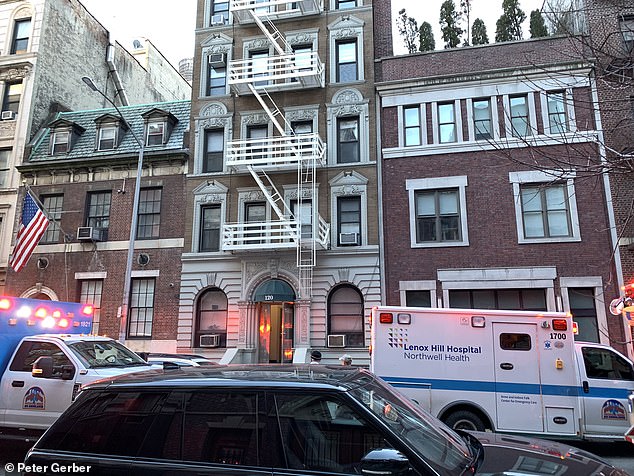 An antiques dealer found dead in his Upper East Side apartment with a deep head wound was killed – possibly by someone he knew, police said Thursday

Savinski and Scott had been in a romantic relationship, sources told the New York Daily News.

Originally from Oklahoma, last fall Scott was under investigation for child molestation.

Police in Tulsa say that before they could interview Scott about the allegations, he quit his job, left his apartment and rented a car that he never returned.

In October, cops on Long Island made contact with Scott, who told them he had driven there in order to kill himself.

Scott was taken to a psychiatric hospital for observation and later transported back to Tulsa to be charged there with two counts of lewd molestation.