Alexa Leary’s heartbroken boyfriend has posted an emotional tribute to the champion triathlete as she fights for life after a horror bike crash.

The 19-year-old, based on the Sunshine Coast, remains in an induced coma at Royal Brisbane and Women’s Hospital after the nightmare accident on Saturday at Pomona, near Noosa.

On Monday, doctors discovered a series of blood clots on her brain and her family were told Leary suffered major brain damage in the fall.

Leary reportedly suffered a fractured scapula, ribs, shoulder blade and wrist, and a collapsed lung when her bike clipped the wheel of another rider.

Her boyfriend, Wil O’Dwyer, shared an image of Leary to his Facebook page on Monday, captioned: ‘Stay strong my darling, I love you, you can do this x.’

Boyfriend of athlete Alexa Leary (pictured) has posted an emotional tribute to his girlfriend, who is fighting for life in Royal Brisbane and Women’s Hospital after a horror bike crash 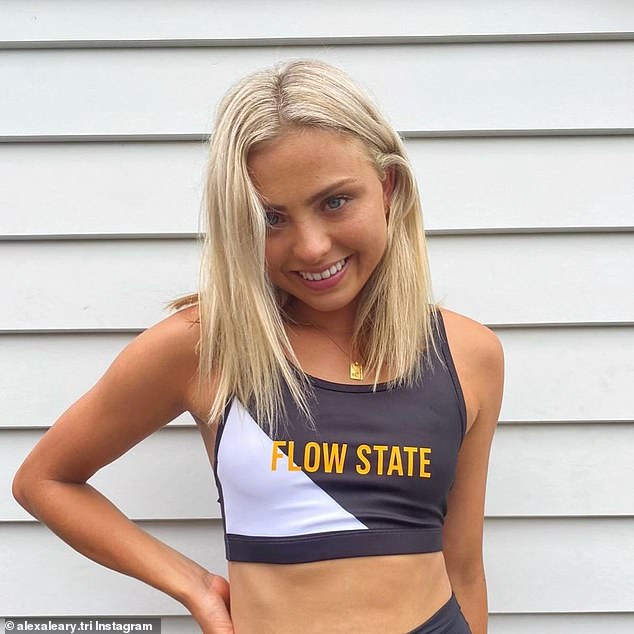 Leary’s boyfriend, Wil O’Dwyer posted tributes to her on his social media (pictured). Friends and family have commented showing their support for the couple

Mr O’Dwyer followed up with another emotional post on Tuesday.

‘What I would give to just to be with you right now, keep fighting. I love you x,’ he wrote alongside a photo of the couple.

The posts were flooded with comments from friends and family, all sharing their support for the young athlete and her loved ones.

‘Sending you all the love, positivity, strength and hope imaginable. Keep that positive energy going Wil, she’s got this. Praying every millisecond,’ one well-wisher wrote.

Another remarked on the resilience of the young athlete.

‘She is so strong and so are you Wil. She’s going to come out of this on top like she has time and time again. Sending all my love and prayers every second,’ they said.

‘You are a ray of sunshine and the Leary household has never been so cold but you have to keep fighting…we want our big sister back,’ her brother, Max Leary, said on his Instagram

Leary’s dad, Russell, was one of the first people on the scene. 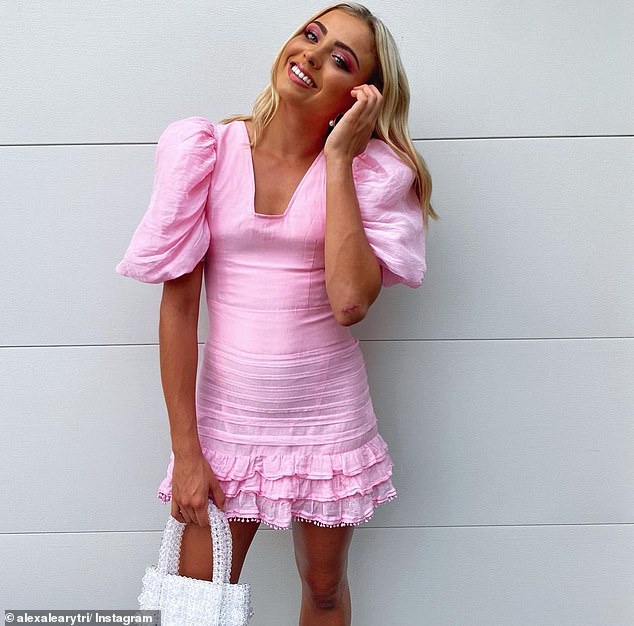 Sunshine Coast based triathlete Alexa Leary, 19, (pictured) is fighting for her life after she was seriously injured at Pomona, near Noosa, on Saturday 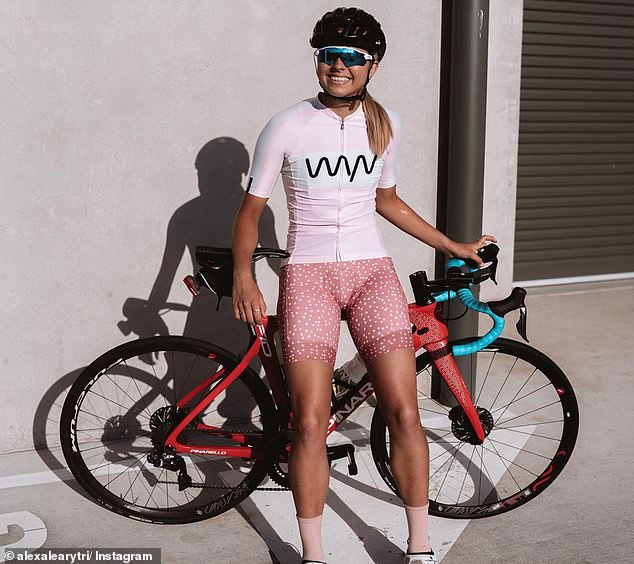 The talented teenager is a rising star in elite triathlon circles, and was national champion in 2019 and 2020

He recalled the horrifying moment he saw his daughter lying in a gutter.

‘I always follow behind the team when Alexa is training of a morning and as I came over the hill an ambulance raced by me,’ he told the Courier Mail.

‘I then saw Alexa lying in the gutter and was told she had clipped the wheel of another rider causing her to fall.

‘They transferred her straight to Brisbane and she has already had an operation to repair major knee damage while they also took half of her scalp off to release pressure on the brain.’

Leary represented Australia at the world titles in Switzerland where she finished second in 2019.

She is widely considered a rising star in the gruelling sport, which involves swimming, cycling and running.

Mr Leary also said his daughter is ‘loved by all’ and is a ‘jovial character.’

‘She is one of the most amazing people there is and someone who gives everything to the world,’ he said.

Leary started competing in junior triathlons from the age of six.

When competing in a race in Canberra back in 2015, she had another accident, with more then 30 stitches in her feet and a cut-up muscle in her right ankle.

According to website bindinutrition, Alexa is ‘very adventurous, loves trying new things and prides herself on getting out of her comfort zone.’ 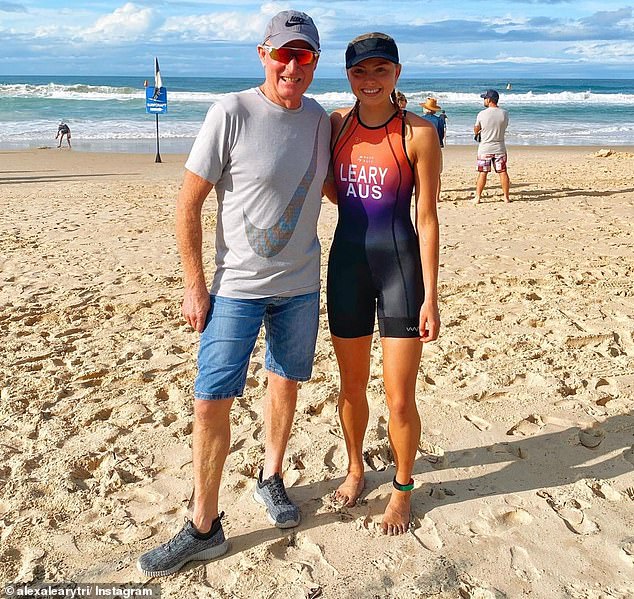 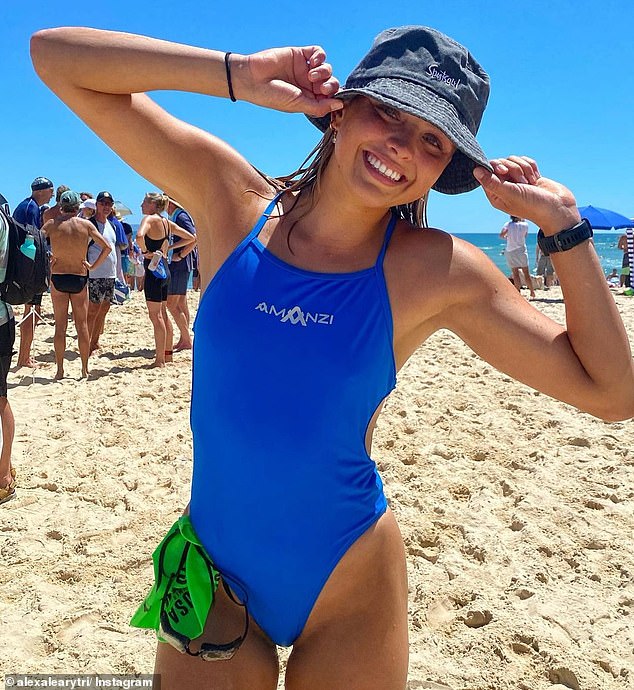