The boyfriend of Danielle ‘Dell’ Easey said he would never forgive himself for not being there when she was killed as hundreds gathered to farewell the mother-of-two in a packed service on Saturday.

Ms Easey – who made national news when she was born during the 1989 Newcastle earthquake – was found dead and wrapped in plastic on the banks of Cockle Creek at Lake Macquarie on August 31.

She is believed to have been killed up to three weeks beforehand.

Her boyfriend, Ben Todd, who is serving a sentence at Shortland Correctional Centre for common assault and damaging property, was behind bars at the time of her death.

He arrived at the service in Ryhope, near Newcastle wearing handcuffs and leg chains, flanked by two prison officers.

‘I’m so sorry I wasn’t there to protect you,’ he said through tears. 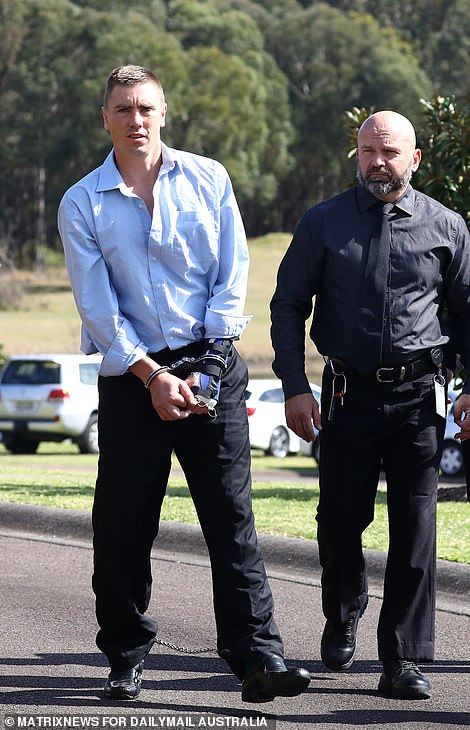 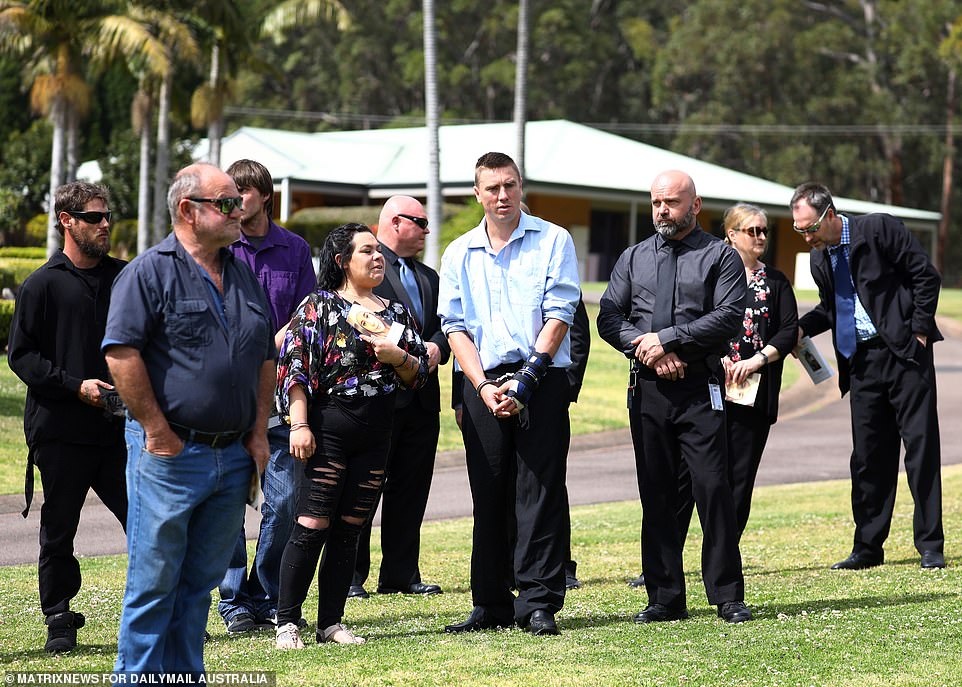 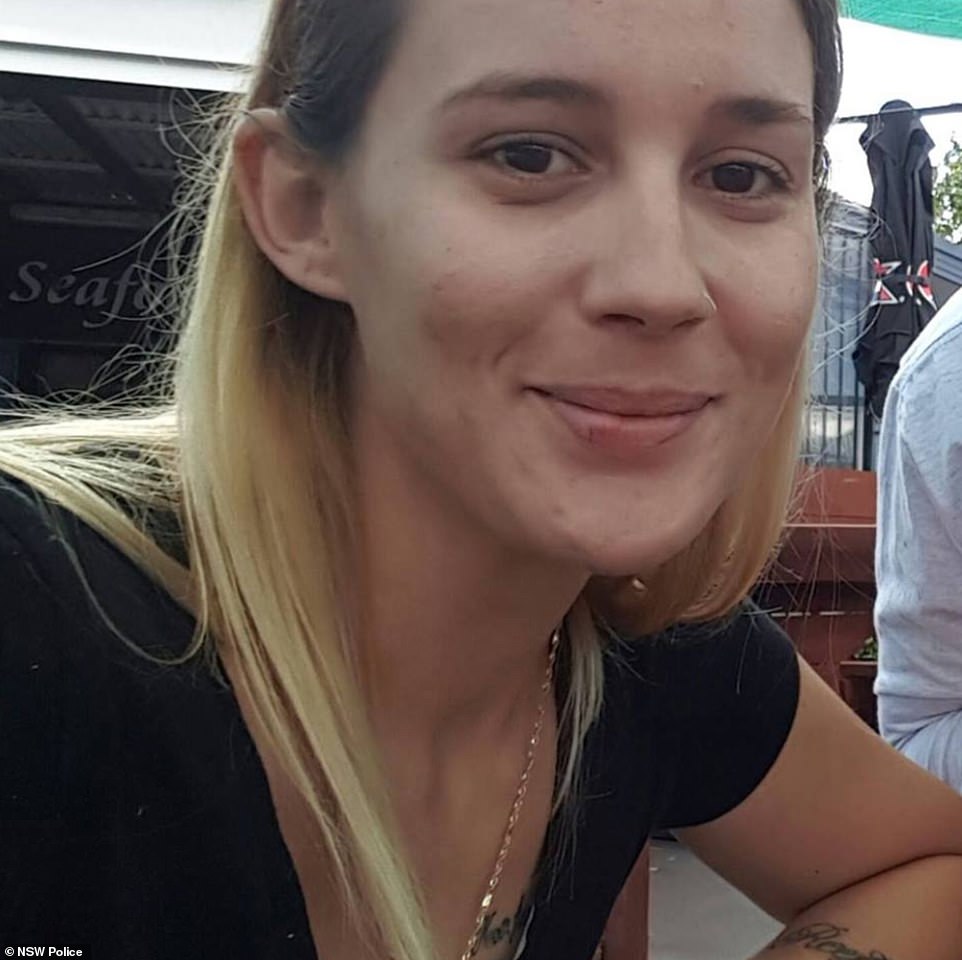 Celebrant Rachel Michael said it was understandable many mourners feel angry after the abrupt way Ms Easey was taken from them. 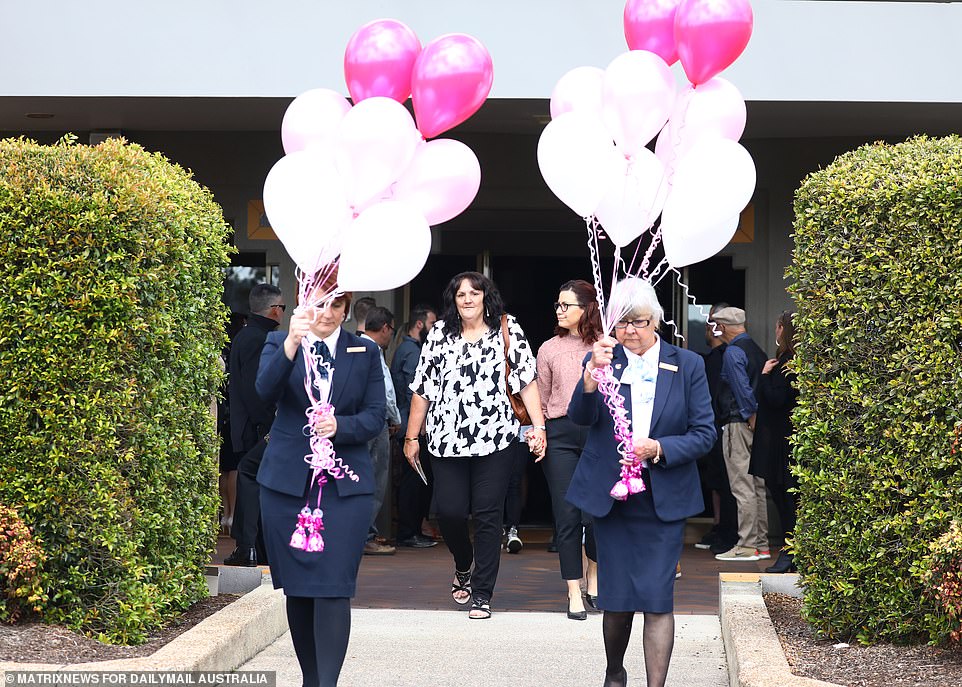 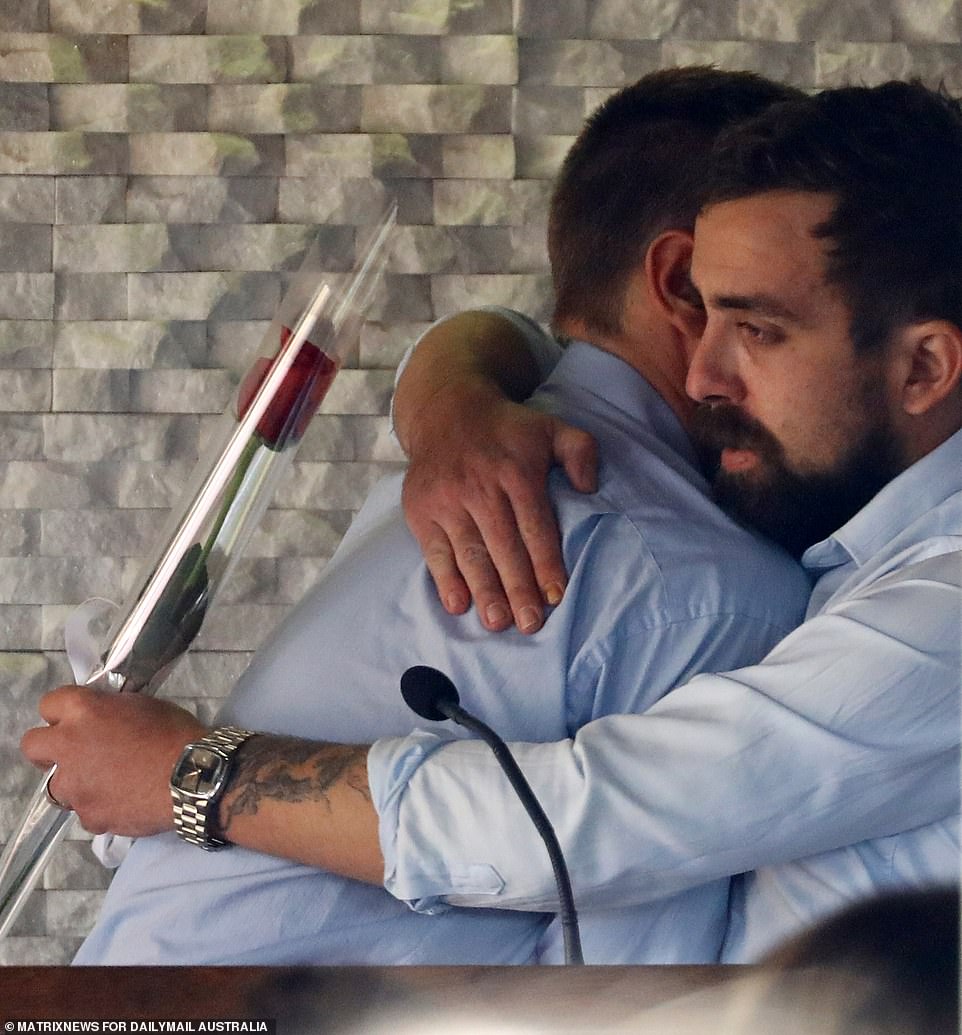 Benjamin Todd (left), the boyfriend of Danielle Easey, was consoled by a friend before the funeral service

During the emotional service some mourners managed to laugh during a photo presentation of Ms Easey’s life, which showed her ‘cheeky’ side, and displayed her devotion to her two young children.

Friends wrote messages of love on her white coffin and were encouraged to sing along to songs by the Red Hot Chilli Peppers, Ms Easey’s favourite band.

Family members could be heard singing in unison to Under the Bridge, while some mourners outside quietly hummed along.

When Ms Michael asked for the volume to be turned up ,a lone man was seen dancing out the front of the chapel. 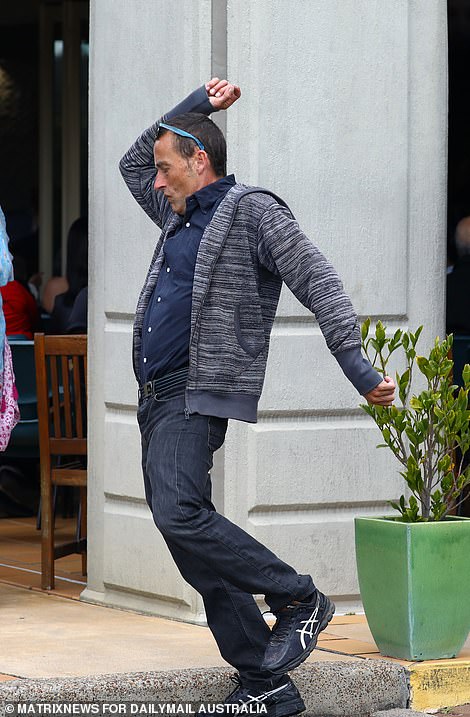 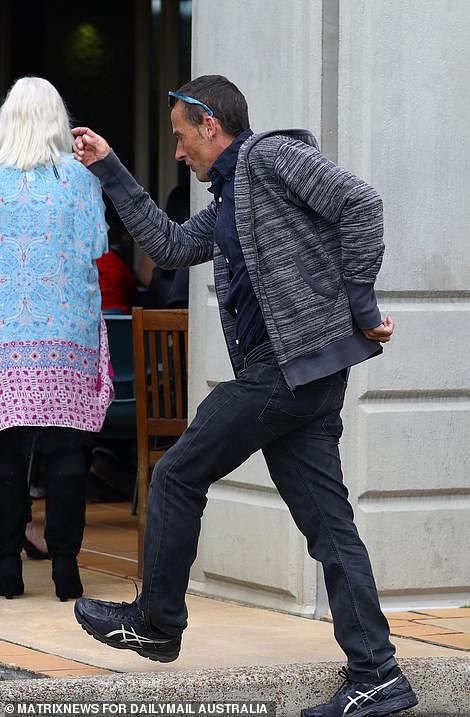 Mourners were encouraged to sing along to songs by the Red Hot Chilli Peppers, Ms Easey’s favourite band, during the service. One man was seen dancing to Under the Bridge outside the chapel 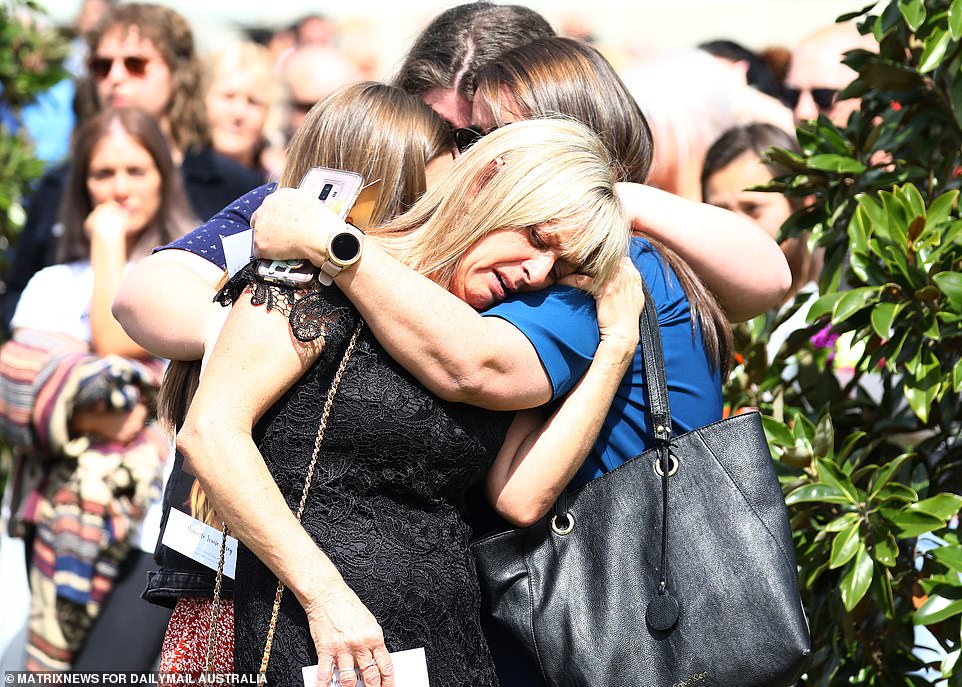 Mourners were seen embracing each other after the emotional service 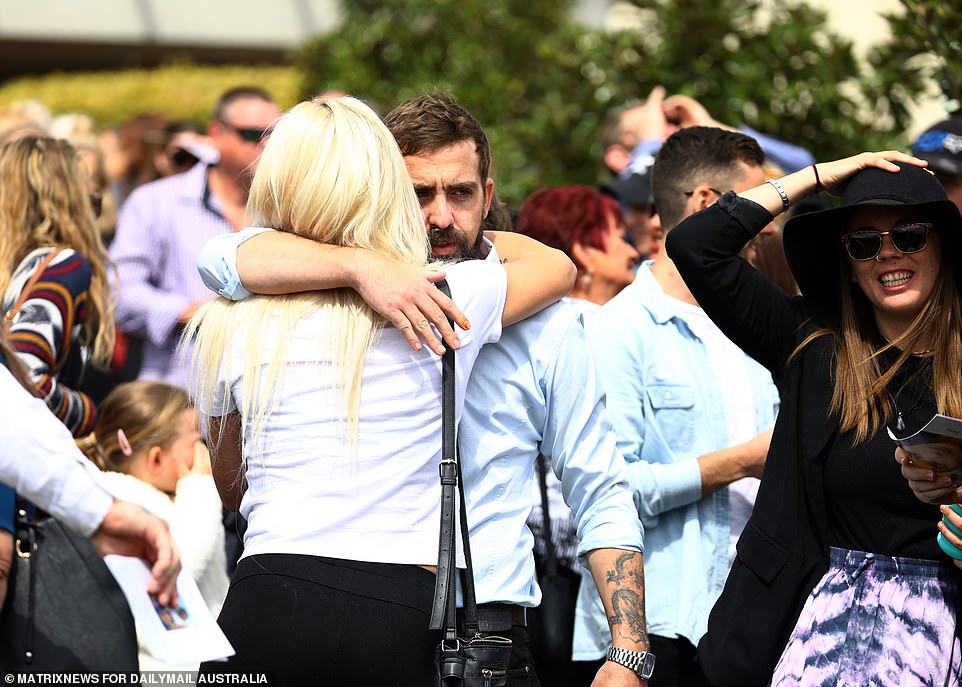 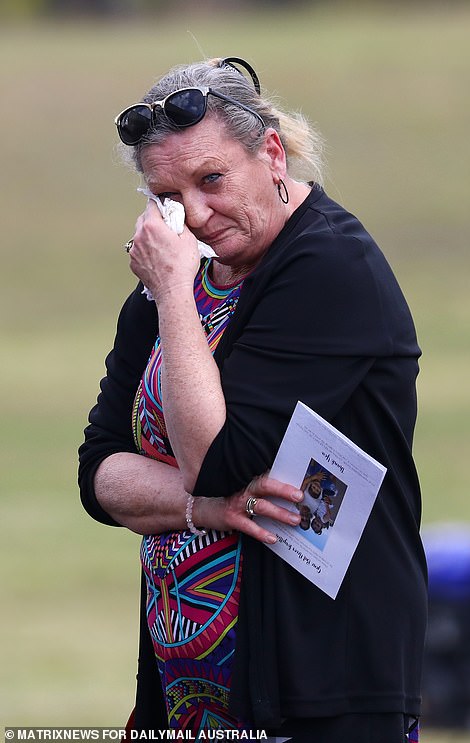 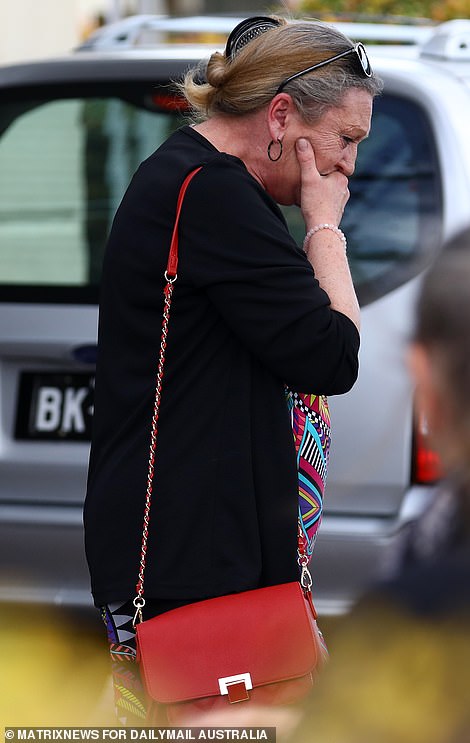 ‘Being here today brings up an incredibly uneasy mix of emotions: Many of you are so sad, but Dell was always so happy,’ Ms Michael said.

‘She was always trying to better herself, mainly for her two children.’

As the service concluded, mourners flooded to the front of the crematorium to release pink and white balloons. 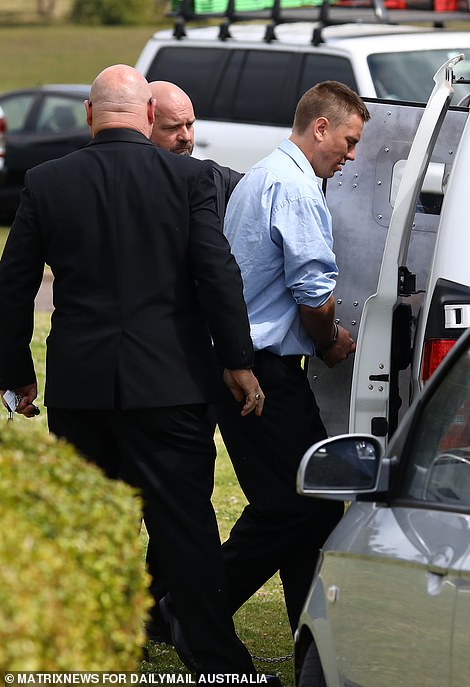 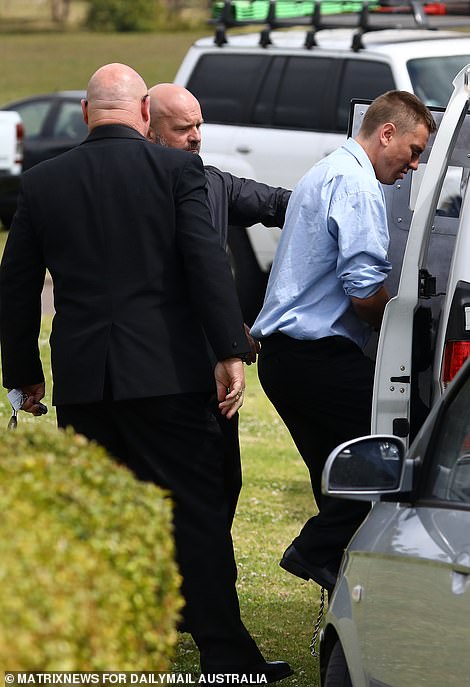 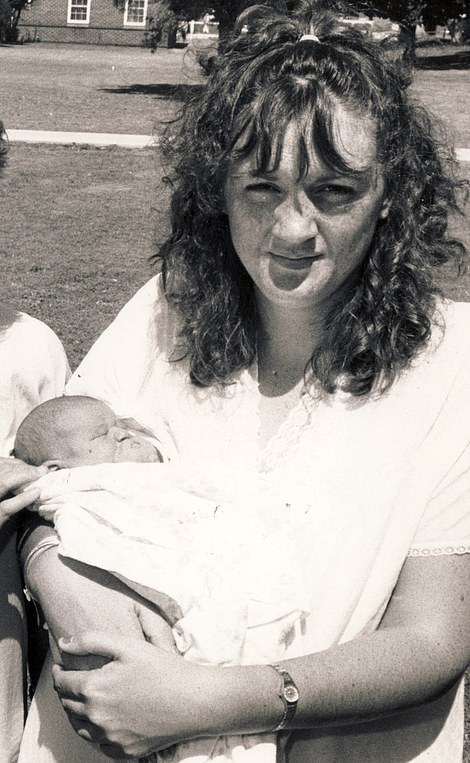 Unfortunately, she didn’t get the chance to start again.

Ms Easey’s body was found on August 31, wrapped in plastic and floating near the banks of the Cockle Creek in Lake Macquarie, in New South Wales.

‘That’s what I can say at the moment,’ he said. ‘I don’t want to get into the specifics of the injuries that she received at present.’

Police believe she may have been killed up to three weeks earlier, but no missing persons report had been filed as it had become normal for the woman to go days or weeks without reaching out to family.

A friend told Daily Mail Australia someone had been using Ms Easey’s phone and keycard just a few days before her body was found, and the mother-of-two’s loved ones were expecting an arrest to be made imminently.

Weeks on, no arrest has been made.

Two detectives were seen outside the chapel, and a spokeswoman for NSW Police told Daily Mail Australia officers were ‘continuing to appeal for information’, especially from fishermen who might frequent the area. 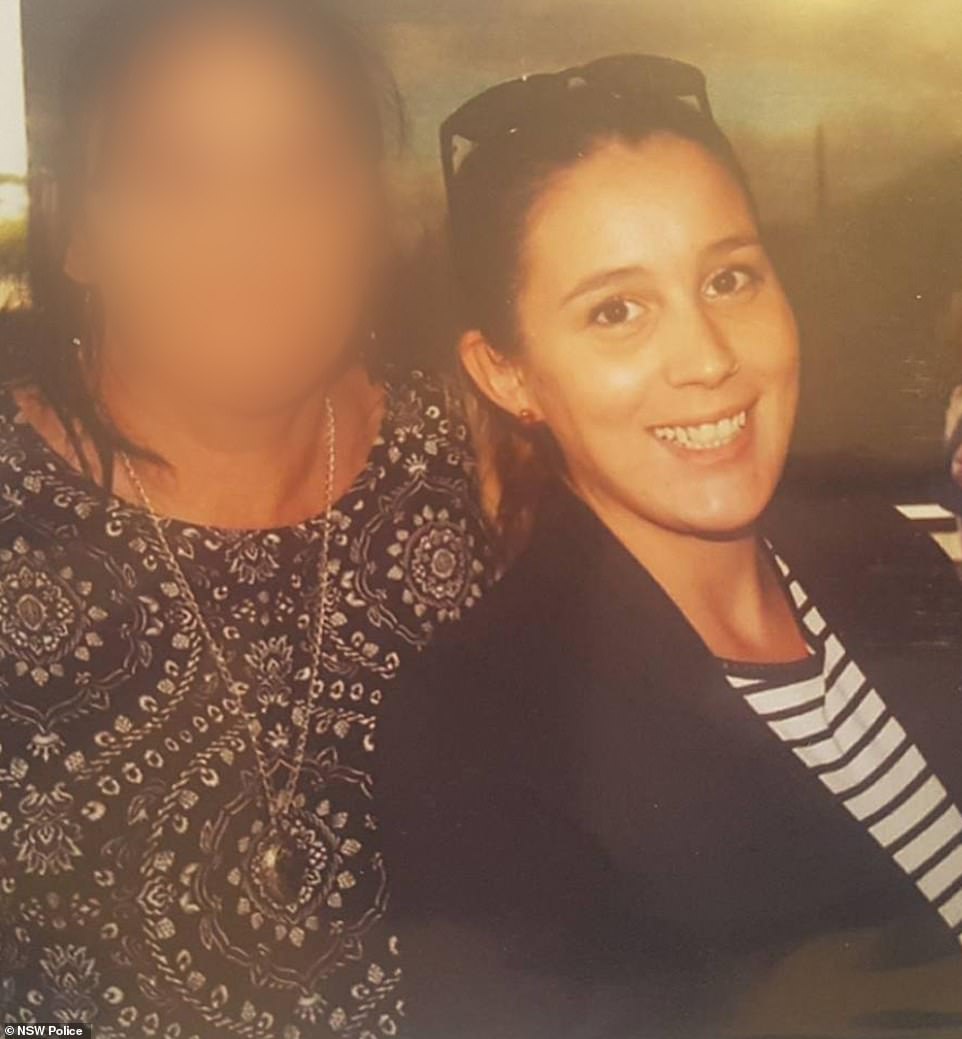 The friend said Ms Easey had begun taking ice and got involved with ‘the wrong people’ in the lead up to her death.

‘She was a loving mother daughter and friend,’ he said. ‘She didn’t deserve to be discarded like trash.’

Friend Jamielea Roelandts described the woman’s death as ‘senseless’, and wrote on social media that Ms Easey had asked for help.

‘A mother, a daughter, a friend, a colleague,’ the post read.

‘You wanted help and reached out for it! Sometimes taking that final step is the hardest!

‘I’ll forever be haunted by that. I’m sorry Danielle, I should’ve tried harder to push you to take that step!’ 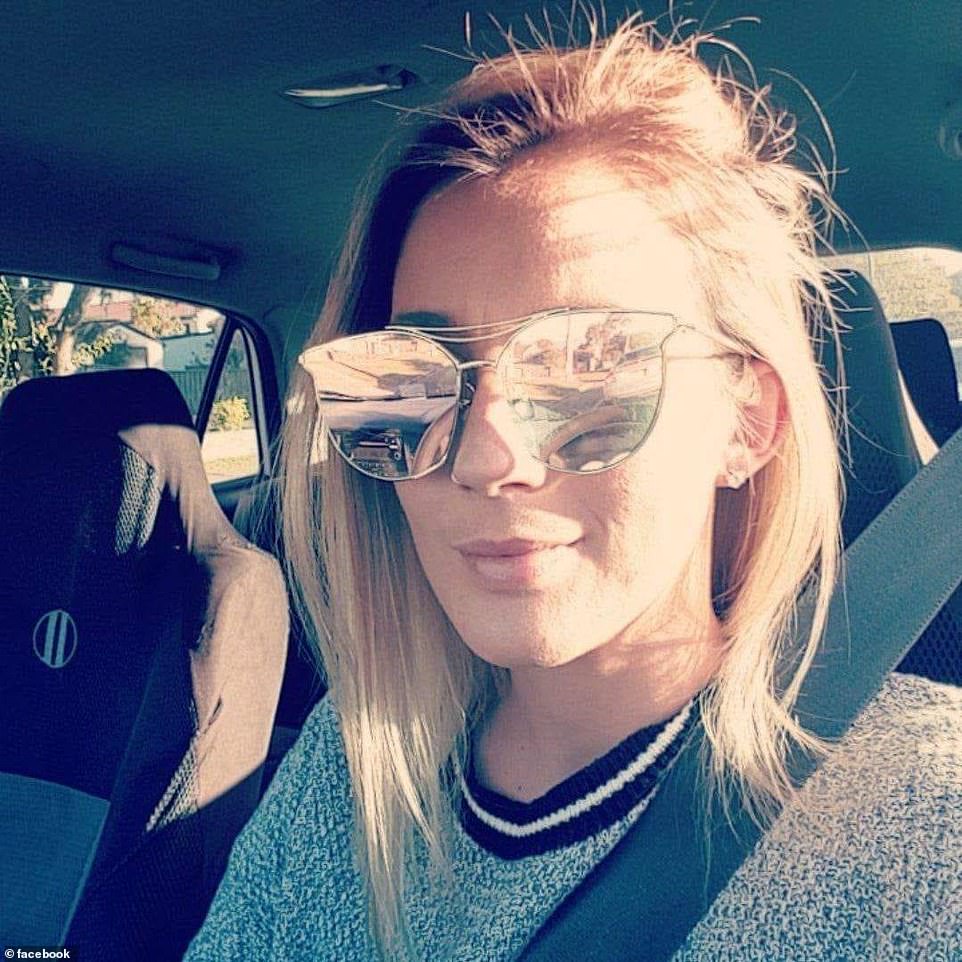