Surveillance video at a Houston gas station captured the moment a driver opened fire on a group of men earlier this week after police say the victims catcalled the gunman’s girlfriend.

Police are still searching for the shooter, who was last seen speeding away in a black Dodge Charger from a Chevron gas station in north Houston on Wednesday.

According to investigators, the suspect and his girlfriend were walking into the gas station convening store near the intersection of North Sam Houston Parkway East and Imperial Valley Drive at around 11am when two male bystanders said something about the woman’s appearance. 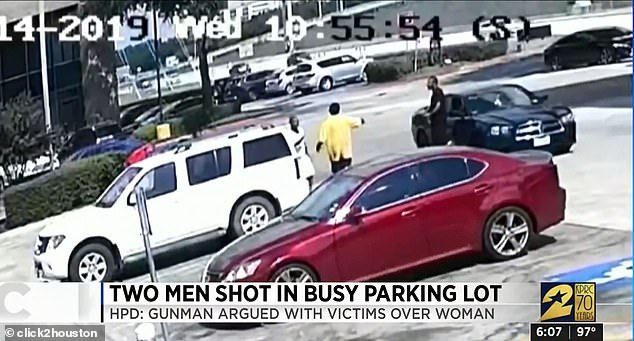 The woman’s boyfriend, pictured in all black standing next to a black Dodge Charger, reportedly got upset at the catcallers for making comments about his girlfriend’s looks 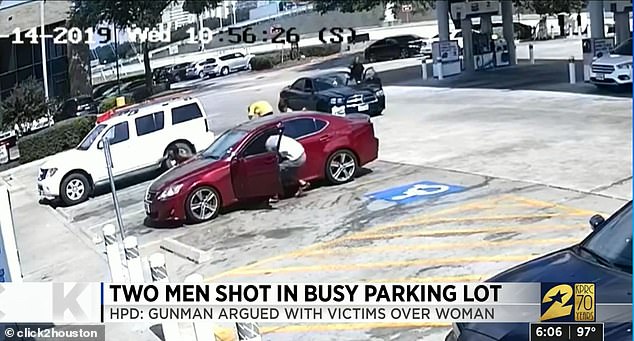 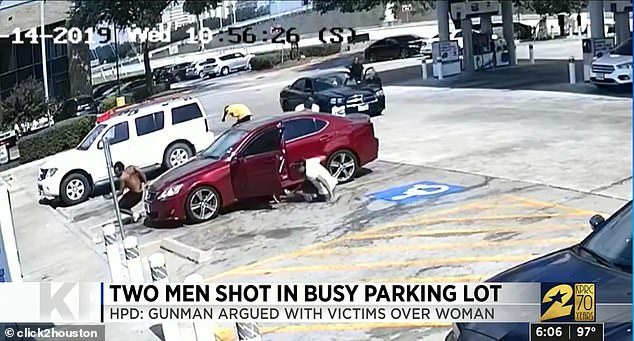 The boyfriend fired six rounds, striking two of the men in the parking lot

Her boyfriend, dressed in a black T-shirt and shorts, grew angry and exchanged words with the catcallers, reported KPRC.

During the argument that ensued in the parking lot, the boyfriend ducked into his Dodge Charger, grabbed a gun and opened fire on the other men after they whistled at his girlfriend.

Police said the boyfriend fired at least six rounds, hitting the two men in the legs as they dove for cover behind a red sedan.

Surveillance footage shows the victims hopping away on one leg before they were taken to a hospital. 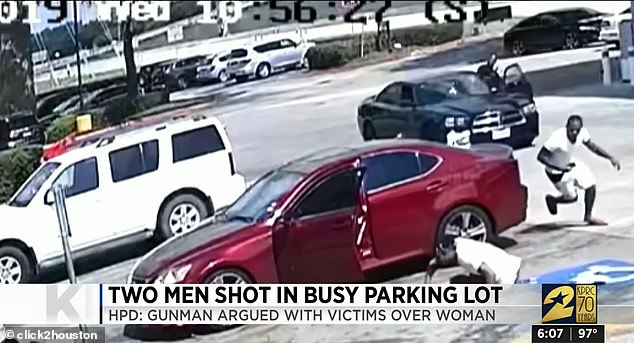 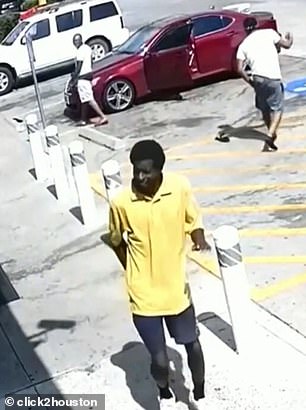 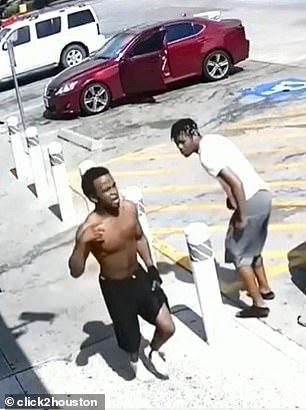 These two men suffered gunshot wounds in their legs. Both are expected to survive 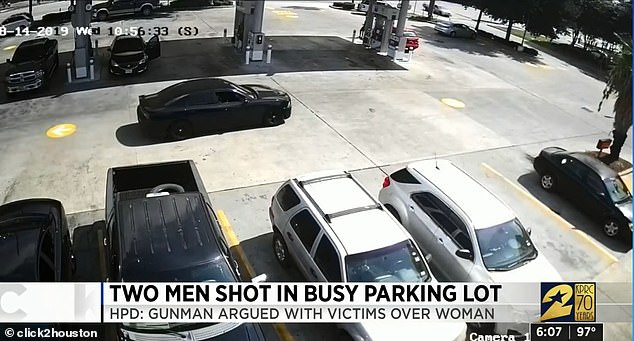 One of the wounded men has since been released home, while the other had to undergo surgery. Both are expected to survive

The gunman and his girlfriend fled the scene in the black Dodge. As of Friday afternoon, they have not been identified and no arrests have been made.