Boyzone founder whose ex murdered French brands her a ‘psychopath’

The Boyzone founding member whose ex-girlfriend starved and murdered a French au pair said today she is a ‘psychopath’ who should never be released from prison.

Sabrina Kouider, 35, was last week convicted of murdering 21-year-old Sophie Lionnet with the help of her on-off lover Ouissem Medouni, 40, at home in south-west London.

They drowned her in the bath after starving and beating her and then burned her body in the garden of their Southfields home before barbecuing chicken to mask the smell.

Describing what she was like an emotional Mr Walton said: ‘I think when it comes to somebody being a psychopath, she had elements, she would turn from somebody very softly spoken to someone very angry. It wouldn’t matter where we were’.

Speaking to Sophie’s grieving parents, he added: ‘They are in my prayers every night. What they have gone through is so much worse than what I’ve been through.

‘People who can do something like that… this was done over time. There was planning that went into this. In my opinion, they should never get out. I support Sophie’s parents.’ 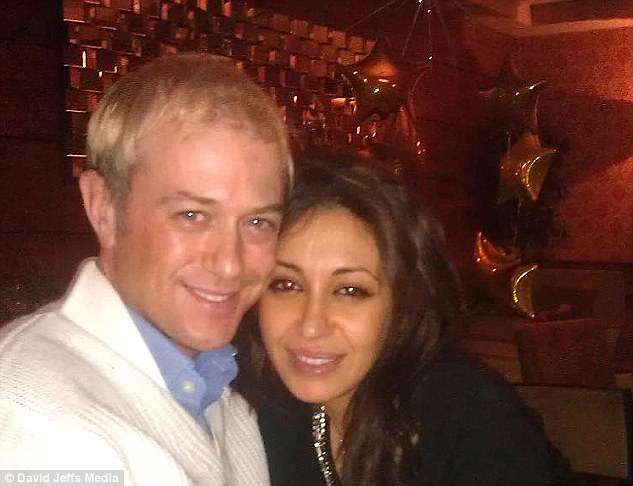 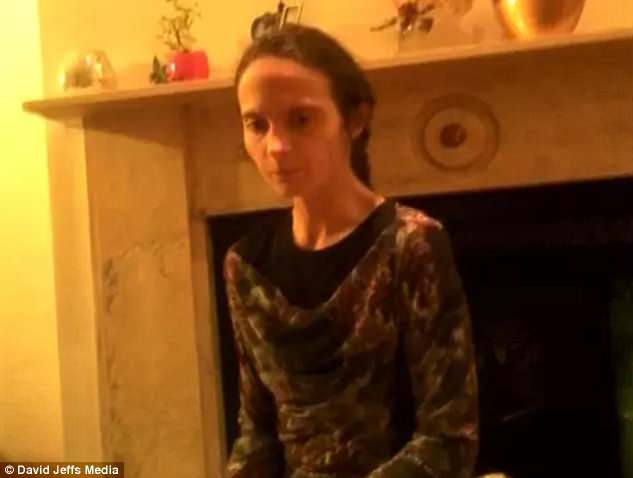 One of the final photos of French au pair Sophie Lionnet, in the home of her killers who abused her

Kouider mistakenly convinced herself her nanny was in league with Mark Walton, and interrogated the au pair for information before killing her.

In his first television interview since the shocking murder of nanny Sophie Lionnet, Mark Walton described how his life was plunged into a nightmare. 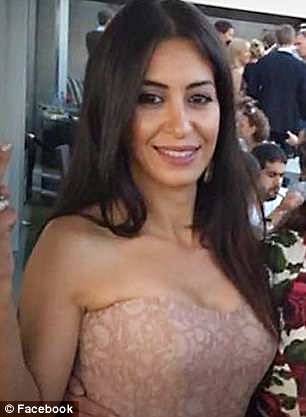 He told Good Morning Britain: ‘There’s a certain responsibility you feel when your name was the reason someone got tortured and put through something so horrific. But people who know me and love me say, “Look you can’t blame yourself. They were two psychopaths”. Unfortunately for me it was my name brought in to this.’

Kouider was pyramid selling for a telecommunications company when Mark Walton, of Boyzone fame, came into the picture.

She met him in 2011 at a NatWest bank in Notting Hill, west London and they started what he described as the ‘most turbulent’ relationship he had ever had.

He started supporting Kouider financially and moved in with her at a flat in west London in early 2012.

Kouider hired several nannies throughout her time at the flat, all of whom she accused of some wrongdoing, ranging from petty theft to trying to steal Walton away.

In March 2014 Walton continued to stay in contact with Kouider via email, apologising for being late paying her rent and once sent her an email which declared: ‘I will love you to the day I die.’

But his love was not returned, and any chance of them reconciling withered away after Kouider launched a barrage of allegations against Walton, none of which have ever been proven.

She claimed he tried to kill her an in July 2014 he was arrested after Kouider continued making false allegations that Walton was harassing her. 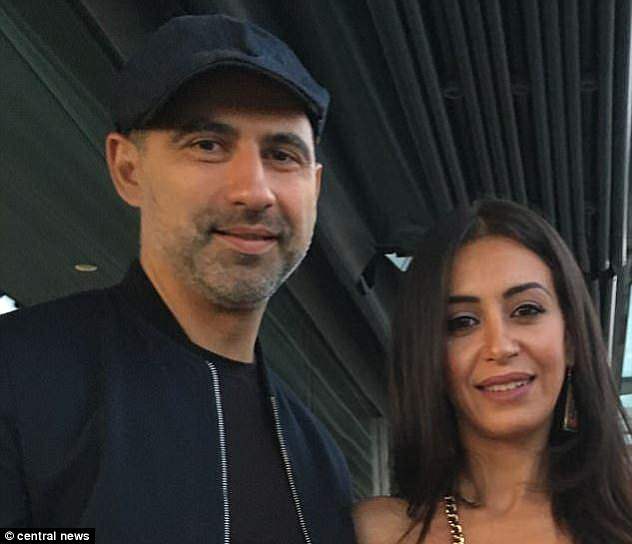 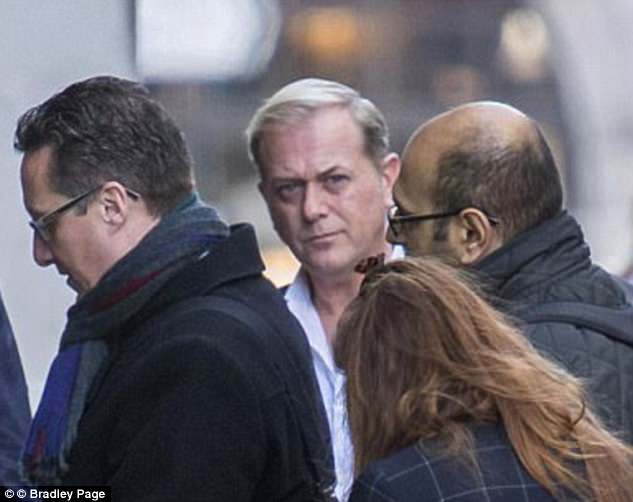 The paranoia which led to Miss Lionnet’s murder sprang from Kouider’s obsession with her ex-boyfriend Mark Walton, who gave evidence at the trial 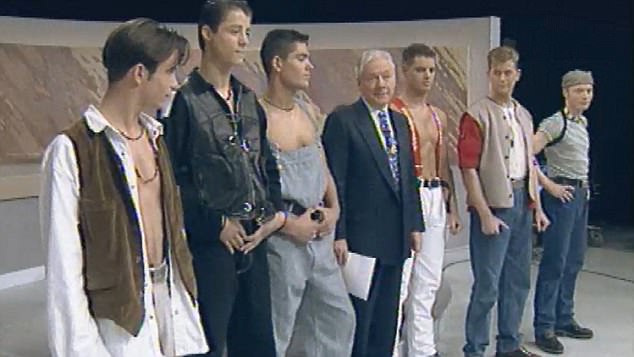 Kouider was obsessed with her ex Mark Walton. He is pictured here, second from the right, on Ireland’s Gay Byrne show when he was a member of Boyzone

Kouider alleged he was hacking into her phones and email address, and that he or someone acting on his behalf had assaulted her to steal an iPad.

She also claimed he had ‘mistreated a cat’, when the couple never owned a pet. Walton was later released without charge.

She claimed Walton ‘used black magic to control her and there was nothing she could do about it’.

After she split from the music mogul, Kouider went back to Medouni, who would come and go from their south London flat at will.

She helped with his French pancake stall and, at the time of her arrest, was hoping to get a fashion business off the ground with a show in central London hosted by a major charity.

Despite her grand plans, Kouider kept afloat by claiming benefits and accepting significant financial support from Mr Walton long after they split up.

Kouider then became obsessed with the idea that that Walton and Sophie were conspiring – despite never having met.

Speaking to Charlotte Hawkins and Richard Madeley, he revealed how he first became aware of the case in September last year:

He said: ‘I was contacted by the Metropolitan Police, it was about a missing person. I was very confused. It was just a shock. I went to bed on the 20th as happy as ever and I woke up on the 21st with the biggest nightmare ever.

‘The reality was that I had never ever met Sophie… Never a text message or anything via social media. I opened my whole world to the police because I knew it never happened. I was accused of flying over the house in a helicopter with my friends, it was just crazy’.

‘No amount of shaving will cleanse your soul’: Nanny’s mother slams killer who washed after murder

The devastated parents of murdered nanny Sophie Lionnet slammed her killers in statement read out after the verdicts.

‘They starved her, tortured her and broke her until she could no longer fight.

‘We have now been tortured ourselves, forced to listen to Sophie’s last moments, her sobs and her crying.

‘Sabrina, no amount of shaving will ever cleanse your soul.’

It was a reference to Kouider having taken a shower and shaved herself after the murder, saying she needed to ‘clean her sin’. 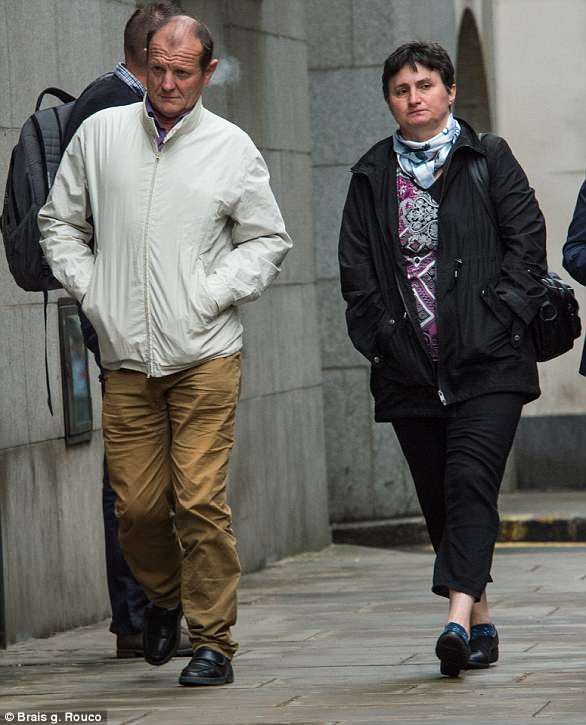 Ms Devallonne added: ‘No one, no God will ever forgive you both for what you have done to our daughter.

‘You will not be forgiven for the lies.

‘My heart is broken, shattered into a million pieces. Sophie’s loss will not be meaningless, lessons will be learned.’

The family’s interpreter Ian Macdonald read the statement in French before it was read out in English.

Father Patrick Lionnet described the ‘brutal shock’ of finding out about his daughter’s death.

‘The laughs, the hugs, the family celebrations, these special moments, they have all been tragically and brutally cut short by the people that had responsibility for Sophie’s care and wellbeing whilst she was employed by them,’ he said. 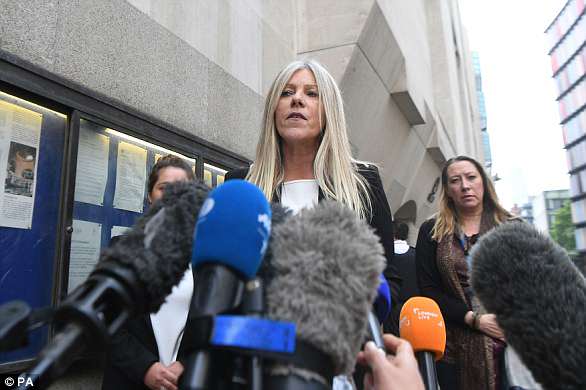 Detective Inspector Domenica Catino makes a statement outside the Old Bailey, London, on behalf of the victim’s family

He described his daughter as ‘kind, quiet and reserved’ and said he had encouraged her to go to London and fulfil her ‘life goal’.

He said: ‘If only I had known what would happen to her at the hands of Sabrina and Ouissem, that she would undergo so much physical and mental torture, that her so young life was so selfishly and unnecessarily taken from her, I would never have encouraged her to leave. I would still have my little girl.

‘Sophie was so nurturing, she liked children and animals. She couldn’t stand seeing others suffering and it breaks my heart to know that she was abused to the end of her life.

‘It was Sophie who suffered in silence, beaten and receiving wounds incompatible with life. She was imprisoned. You don’t have to be physically chained up to feel you are a prisoner. Isolation and fear are just as effective.

‘Sabrina and Ouissem have not only stolen the life of my only daughter, so brutally and without remorse, they have also stolen mine. My sleep, my happiness, my peace of mind and my future.’