Share buybacks by London’s biggest listed firms are set to reach record levels in 2022, thanks largely to the oil and gas industry, new analysis has predicted.

Online investment platform AJ Bell found that companies on the FTSE 100 Index are planning to acquire £37billion of their own shares this year, compared to a peak of £34.9billion four years ago.

This would also be more than three times the amount of shares they repurchased in 2020 when the Covid-19 pandemic caused many firms to scrap or delay their buyback activity due to significant financial damage and uncertainty.

About £9.5billion in share buybacks are expected to be done by energy supermajors BP and Shell, which have both seen their fortunes rebound significantly in the past year following a surge in oil and gas prices.

Record: AJ Bell found that companies on the FTSE 100 Index are planning to acquire £37billion of their own shares this year, compared to a peak of £34.9billion four years ago

Both companies released first-quarter results last week, with the former declaring its highest replacement cost profit in a decade while the latter achieved its highest quarterly earnings figure ever.

The oil giants slipped back in today’s trading but their stock is riding high. BP shares are up 29 per cent over the past year at 408p and Shell shares are up 57 per cent at 2,230p.

BP additionally announced a new $2.5billion share buyback scheme that it intends to finish by August, having previously completed a $1.5billion programme at the end of April.

Meanwhile, Shell intends to spend £6.3billion recouping its stock, the most of any blue-chip company, followed by insurer Aviva, which has received hefty pressure to return more money to investors, and British American Tobacco.

Other firms that plan to acquire at least £2billion of their shares include banking giants NatWest Group and Lloyds Banking Group, as well as Guinness manufacturer Diageo and consumer goods producer Unilever.

Recoup: Since 2000, BP and Shell have repurchased about £75billion of their own shares, which is just under a third of all share buybacks undertaken by FTSE 100 firms

On top of this, analysts have estimated that shareholders will pocket £81.2billion in dividends from FTSE 100 firms, though this does not count special dividends.

AJ Bell investment director Russ Mould said the planned cash returns could ‘persuade investors to stick with UK equities rather than look elsewhere, although the danger remains that buyback plans are revised and dividend forecasts prove over-optimistic, should a recession or other unexpected development strike.

‘Buybacks are particularly subject to revision, as there is far less stigma when a management team quietly parks a programme compared to when a boardroom has to sanction a dividend cut.’

Since the start of the century, BP and Shell have repurchased about £75billion of their own shares, just under a third of the total value of share buybacks that have been undertaken by the FTSE’s largest companies. 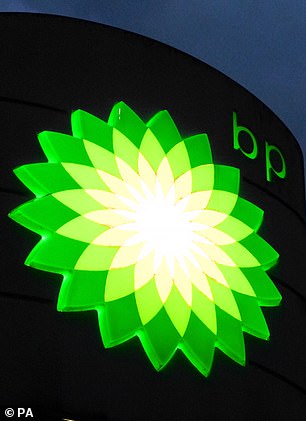 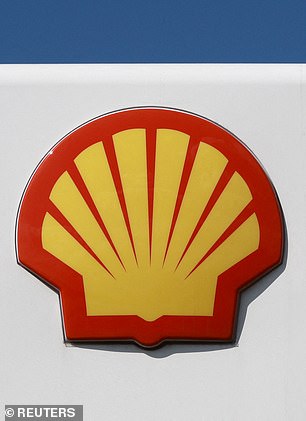 Oil giants: About £9.5billion in share buybacks planned this year are expected to be done by BP and Shell, which have both seen their fortunes rebound significantly in the past year

Stock buybacks are a common method that companies use to boost their share price and return cash to investors, as they elevate the value of the remaining publicly-traded shares and potentially hand out larger dividends to remaining investors.

They can also enhance a firm’s financial statements by reducing the volume of assets on their balance sheet and increasing the returns on assets or equity.

However, they can worsen a balance sheet if they are funded with debt rather than spare cash and potentially reduce the amount available that could go towards investment.

Russ Mould further notes that businesses have tended to acquire back their shares during a bull market, when they tend to be more expensive, instead of a bear market.

He points to the United States, where buybacks had reached an apex in 2007 before diving during the global financial crisis of 2008/09, and rebounding to record levels again in 2018.

Mould adds: ‘A similar pattern can be seen in the UK, and the higher share prices have gone, the more buybacks there seem to have been in 2021 and 2022 on both sides of the Atlantic.’