Brace for the coldest day of the year: Temperatures to plunge across Australia

Australia is set to shiver through a brisk winter week, with Queenslanders told to brace for the coldest day of the year.

Most locations across Queensland will have their coldest morning of the year on Thursday, with minimums to be in the single digits although at Stanthorpe the mercury could get as low as -1C.

Freezing temperatures, rain and snow are set to blast Australia’s east and south coast this week. Pictured: A couple wear rain jackets while walking along a beach 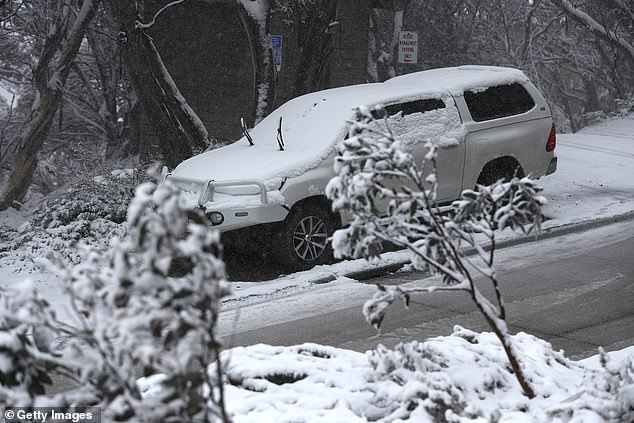 Pictured: A vehicle is seen covered in snow on Monday at Mt Buller Ski Resort in Victoria

Stanthorpe, which is the heart of the Granite Belt near the NSW border, can expect ‘snow flurries’, Mr Kennedy said.

‘On Tuesday morning, there’s a chance to sleet and light snow flurries about the peaks of the Granite Belt as cold westerly winds wrap around a low off the NSW coast,’ he said.

The snow is expected in areas ‘above 1000 metres’ with no snow accumulations expected and it is not expected to last long.

‘Even though it will be colder on Wednesday and Thursday, drier air should push in, reducing the risk of snowfall,’ he said.

The Bureau of Meteorology warned parts of north-east NSW and south-east Queensland ‘are in for a taste of a Tassie-like winter this week’.

‘A cold air mass will see snow across NSW’s central and northern tablelands, with snow flurries possible in Qld’s GraniteBelt,’ they wrote on Twitter.

The ‘cold snap’ over southern and central Queensland will bring temperatures below 10C for most areas south of Townsville and below 5C and frost for the interior. 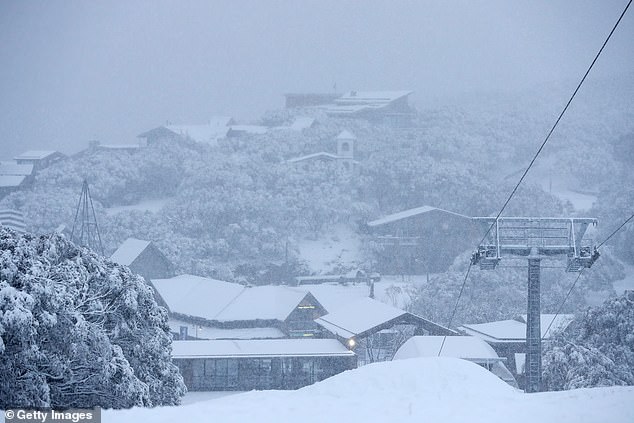 Pictured: A general view as snow falls on Tuesday at Mt Buller Ski Resort in Victoria 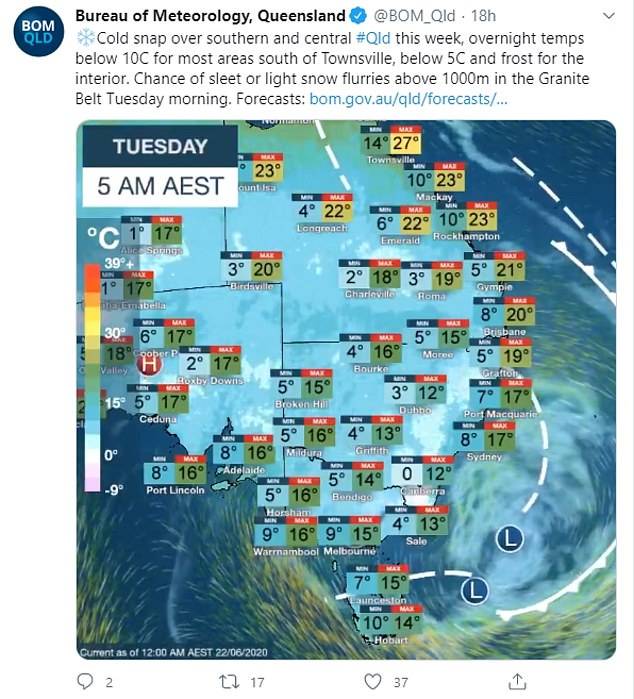 Sydney can expect cool mornings this week, with moderate daytime temperatures around the high teens.

The Harbour City will enjoy mostly sunny but cool conditions on Tuesday through to Thursday before showers sweep in from Friday for a wet weekend.

Sydney is forecast to reach a maximum of 17C on Tuesday and 18C for both Wednesday and Thursday, with mostly sunny conditions.

Victorians will need umbrellas and jackets this week, with cloud cover and showers limiting daytime heating for most of the state.

Melburnians can expect rain from Tuesday until Thursday with minimum temperatures around 9C.

Although the wet weather will ease heading into the weekend, minimum temperatures will drop to 4C on Saturday and Sunday.

Brisbane will shiver through cold evenings this week, with the temperature set to plummet to 7C on Thursday night. 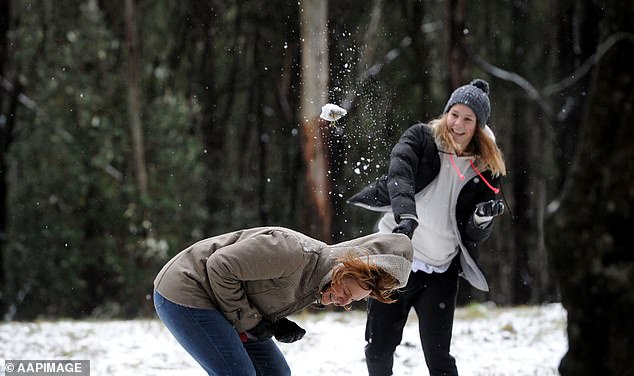 Pictured: Two women play in the snow at Mount Macedon, north-west of Melbourne 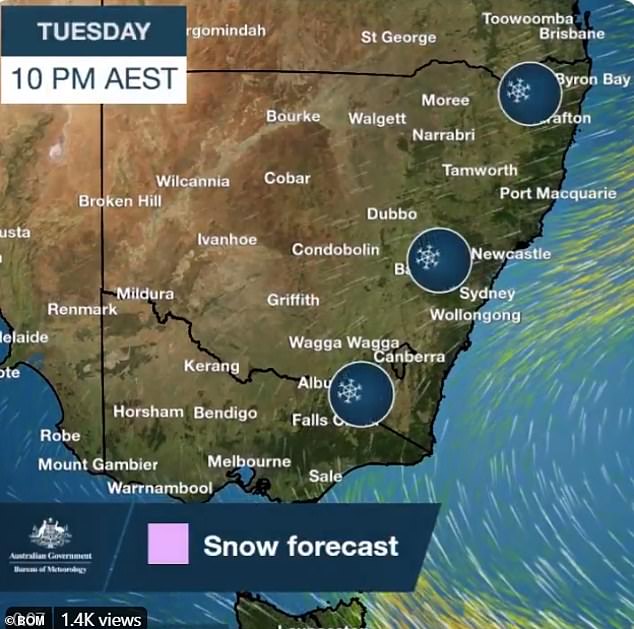 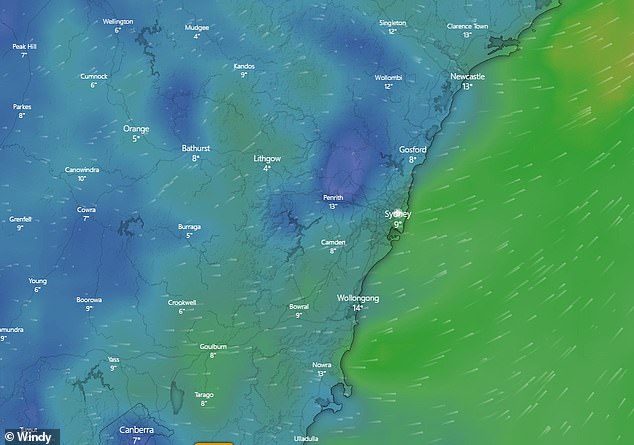 Canberra will be the coldest capital city this week, with a low of zero degrees and high of 12C  forecast for Tuesday.

Minimum temperatures will hover around 1C for the entire week, with Wednesday and Thursday, the warmest days, climbing to a brisk 14C, as the city is shaded by clouds.

A front barreling across the southwest over the next few days will generate rain and strong winds along the southern west coast.

Scattered showers in Perth, Hobart and Adelaide will bring cool temperatures just below 10C for the first half of the week before temperatures fall going into the weekend.

It was dry and sunny across south-west parts of Western Australia on Monday, before a cold front hit on Tuesday.

Darwin is in for some sunny weather this week with temperatures ranging from the 20s into the 30s.

FIVE-DAY WEATHER FORECAST IN YOUR CITY