‘It’s just another nightmare for Brad and a clashing point with his mom and dad,’ a family source told Radar.

‘He was horrified this disgusting human would have been under the same roof as his parents, siblings, nieces and nephews!’

Jane and Bill Pitt have been long time members of Ridgecrest Baptist Church in Brad’s hometown of Springfield, Missouri.

But in April 2017, music director Craig Wienke was arrested for sharing pictures of children.

Church leaders say that none of the children at the church were involved in the incidents that took place between November, 10, 2016, and April 4, 2017.

But the case does not seem to have deterred Brad Pitt’s parents who are still involved in the church. 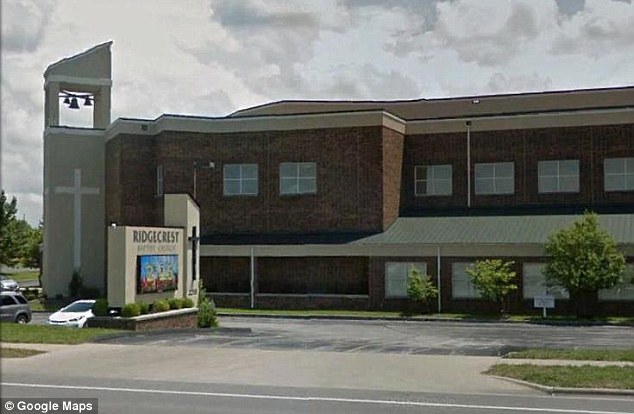 Jane and Bill Pitt have been long time members of Ridgecrest Baptist Church in Brad’s hometown of Springfield, Missouri (pictured) 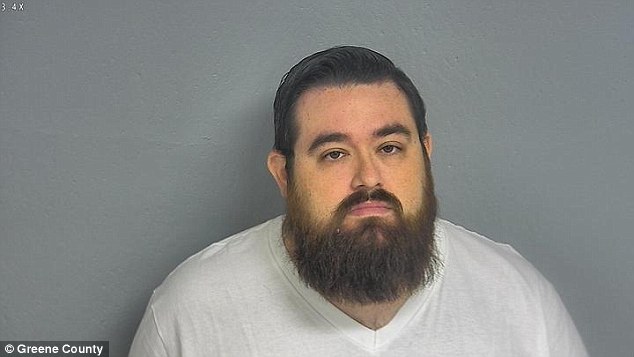 In April 2017, music director Craig Wienke was arrested for sharing pictures of children 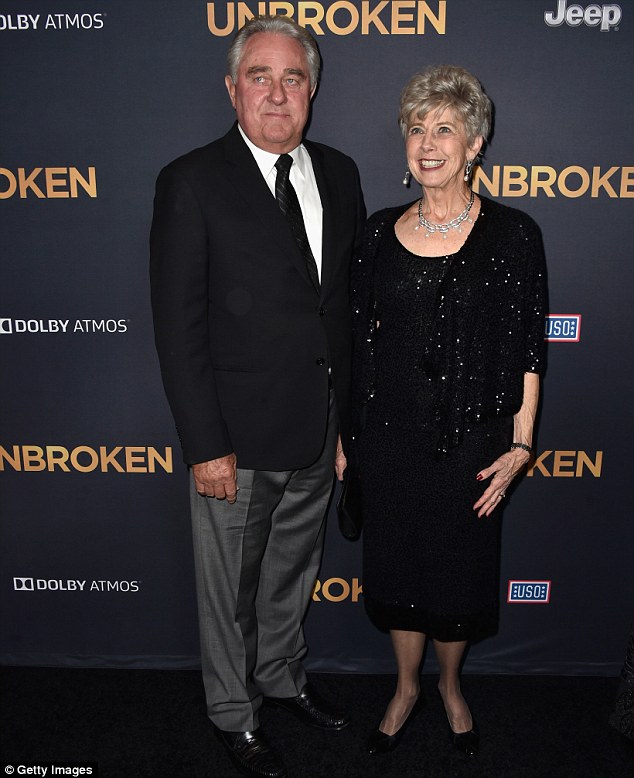 Brad has reportedly clashed with his parents in the past about their involvement in the church because of its stance against same-sex marriage.

In 2012, the Fury star told People that he respectfully disagrees with his mother after she wrote a letter to her local newspaper urging her fellow voters to vote for Mitt Romney because he was a ‘family man… who is against abortion, and shares Christian conviction concerning homosexuality.’

Brad, who was such an outspoken advocate for the legalization of gay marriage he once claimed he wouldn’t get married until it was legal for all, said he doesn’t share his mom’s anti gay marriage stance.

‘I come from a Christian family, and (gay marriage) goes against Christian beliefs, as far as what’s going to get you into heaven or not,’ he said. ‘My argument is, that you may be as you believe, and it may be true in the end – I don’t think so- but let your God make that call, and in the meantime we live in a country where everyone should be treated equally, so let’s treat everyone equally,’ he said. 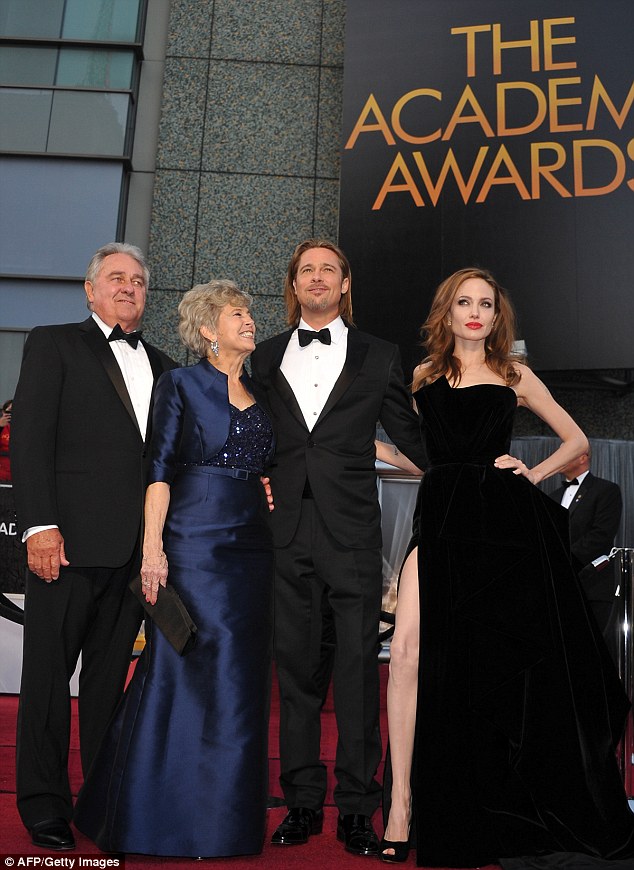 Brad, pictured with his parents and wife Angeline Jolie, who he is currently divorcing, in 2012

Brad said that discussions don’t get too heated over the family dinner table at holidays, explaining: ‘We grew up with a very specific set of rules and challenging those rules has never been a closed door. Certainly our views can evolve. I don’t see them as letting go.’

Pitt once said of his mother’s outspoken views: ‘She’s very loving, very open, genuine, and it’s hilarious because she always gets painted as a she-devil.’

In December 2011, the 48-year-old actor told the talk show host Ellen DeGeneres, who is herself a lesbian: ‘I’ve said that we would not be getting married until everyone in this country had the right to get married.’

He later changed his mind and married Jolie, with whom he has six children.

Jolie filed for divorce from Pitt in September 2016 and sought custody of their children. Pitt countered by asking for joint custody.

Last week, they announced they had reached an interim custody arrangement.

The agreement means that a scheduled custody hearing will no longer go ahead, ET reported. 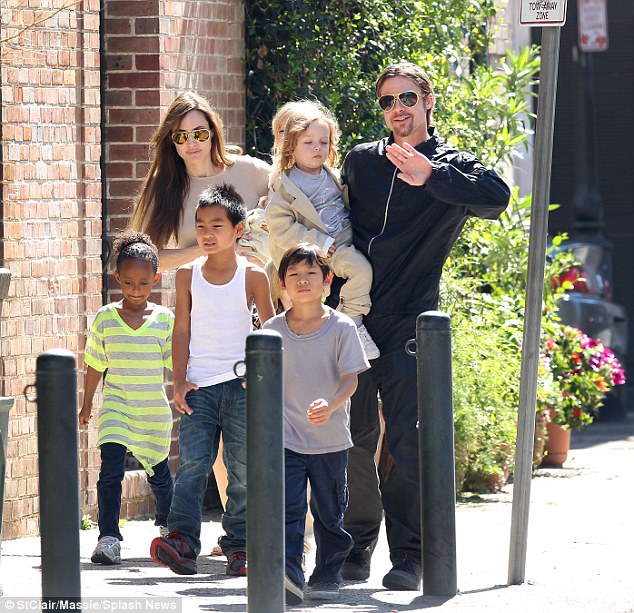 Jolie filed for divorce from Pitt in September 2016 and sought custody of their children. Pitt countered by asking for joint custody. The family is pictured together back in 2011

While no specifics of the agreement have been made public, ET quoted a source as saying: ‘The interim arrangement was agreed upon by both parties after it was recommended by their custody evaluator.’

According to The Blast, Jolie and Pitt’s have agreed temporary custody issues for one month as a custody evaluation continues in Los Angeles.

The evaluator is gathering information from both parents as well as the kids – Maddox, 17. Pax, 14, Zahara, 13, Shiloh, 12, and 10-year-old-twins Vivienne and Knox.

Earlier this month, the divorce battle between the pair exploded in public with Jolie accusing her ex of being a deadbeat dad and Pitt revealing he has paid millions of dollars to the actress including money to buy a new home in LA.

A judge overseeing the case has previously cautioned Jolie for allegedly not helping the kids have a relationship with Pitt and threatening to reduce her time with them.

However, on Monday, sources revealed exclusively to MailOnline that the actress’s ‘anger is dissolving’ and she now wants to reach ‘a peaceful truce’ with Pitt – but only ‘if his side are keen.’

ET’s source told the entertainment outlet Wednesday: ‘Angelina is enjoying the last few days of summer before school starts,’ adding, ‘she is helping the children heal with their father.’