By Trevin Lund and Sameer Suri For Dailymail.com

Bradley Cooper and Irina Shayk were spotted as they exited Radio City Music Hall in New York City after taking their five-year-old daughter Lea De Seine to a show on Friday.

The 47-year-old movie heartthrob is in the midst of a swirl of rumors that he has gotten back together with his little girl’s supermodel mother Shayk.

Cooper was dressed casually as he layered for warmth in a dark blue down jacket over a grey hooded sweatshirt. He added a blue beanie, dark jeans and sneakers.

Family outing: Bradley Cooper and Irina Shayk were spotted as they exited Radio City after taking their five-year-old daughter Lea De Seine to a show on Friday amid reconciliation rumors

Shayk wore a long black coat and sunglasses as they appeared to be discussing which way to go with Irina pointing her finger in another direction.

The father-daughter duo were also seen on Wednesday indulging in more one-on-one time as they walked hand in hand down the sidewalk.

Bradley and Irina added grist to the rumor mill last week when they were spotted spending Thanksgiving together with Lea as a family.

The previous week Bradley and Irina were seen exchanging affectionate glances as they took a stroll together without their child. 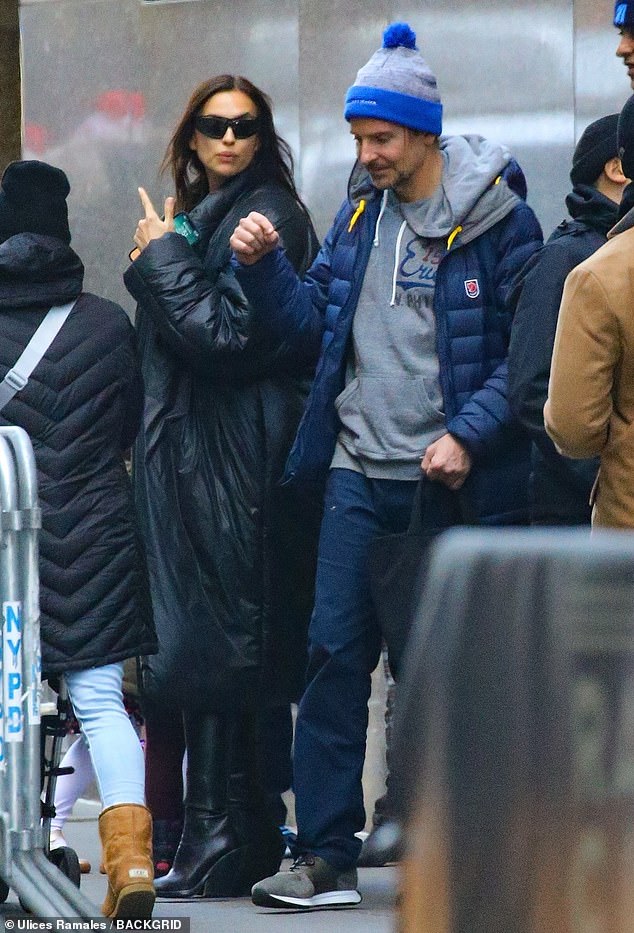 Incidentally: The 47-year-old movie heartthrob is in the midst of a swirl of rumors that he has gotten back together with his little girl’s supermodel mother

Bradley and Irina retained a famously close co-parenting equation since their split in 2019 after a relationship that reportedly lasted four years.

Reunion rumors went into overdrive early last week when they were spotted getting affectionate during a stroll in New York.

The dashing movie star wrapped an arm around the Soviet-born supermodel, who was seen with her hand on his rear end. 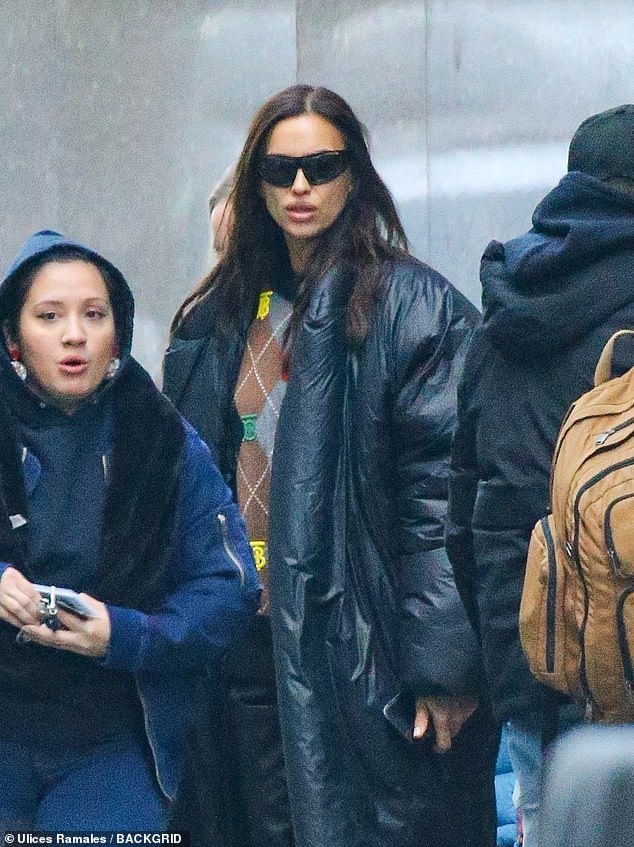 They co-parent like champs: Bradley and Irina retained a close co-parenting relationship since their split in 2019

Irina and Bradley previously set the rumor mill churning over the summer when they reportedly took Lea on vacation together.

At that time there was even speculation that Bradley and Irina were mulling the prospect of having another baby.

Pouring fuel on the fire, a Page Six insider alleged: ‘It was a real family getaway and they are considering getting back together.’ 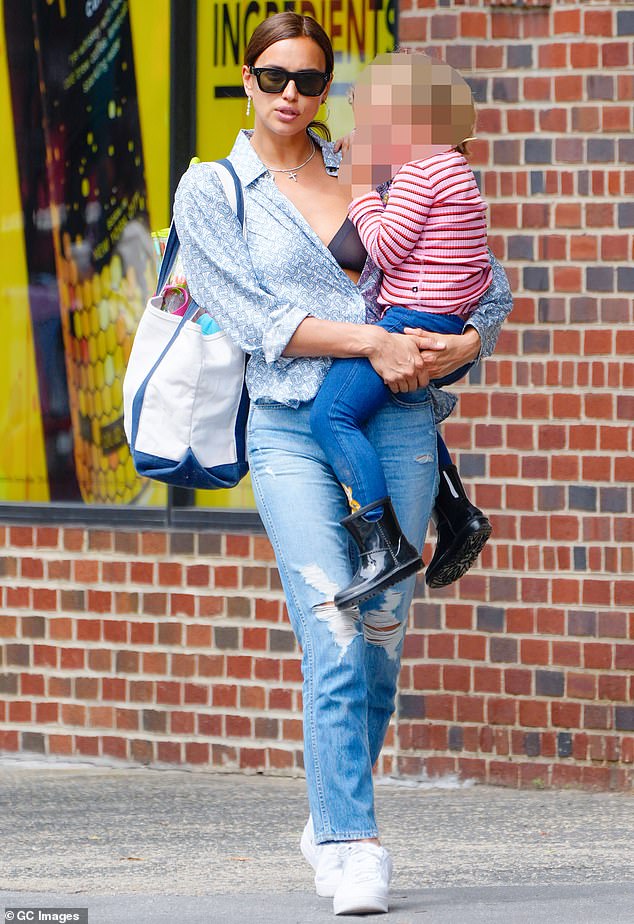 So sweet: Irina, who is pictured with Lea De Seine in New York City last year, has described Bradley as ‘a full-on, hands-on dad – no nanny’

The source asserted that Irina ‘would like her daughter to have a sibling,’ and Page Six reported Bradley was amenable to the idea.

Although Bradley at the time was rumored to be dating Hillary Clinton’s confidante Huma Abedin, Page Six reported they were only ever casually involved.

Meanwhile Irina’s dating history includes Cristiano Ronaldo and last year she was briefly linked to Kanye West in the wake of his split from Kim Kardashian.

She and Bradley were first linked in 2015 before going public as a couple in 2016, welcoming their little girl in 2017 and then going their separate ways two years later. 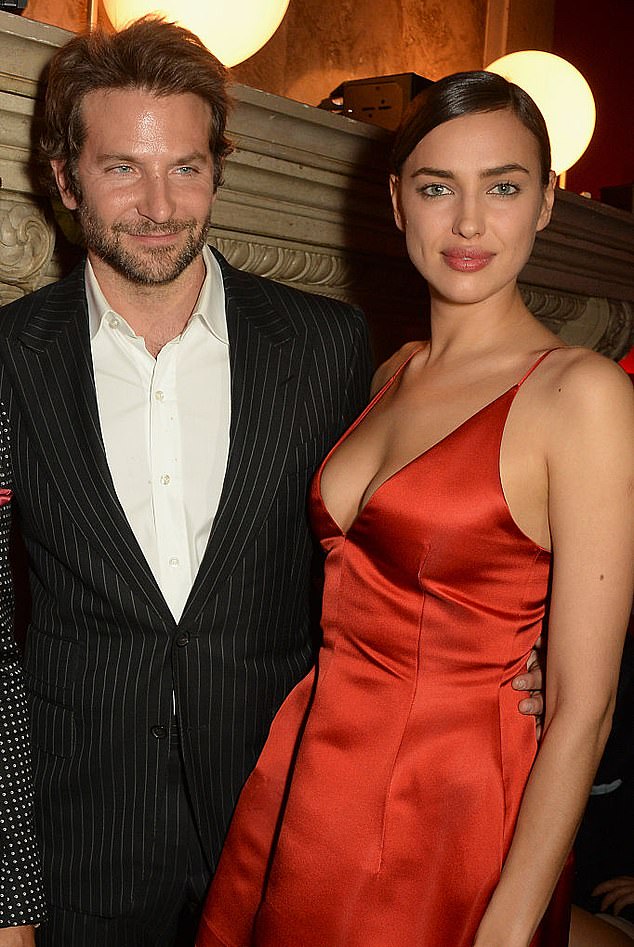 The way they were: Rumors are now raging again that Irina is back on with Bradley Cooper, whom she is pictured with at a L’Oreal party in Paris in 2016

Shortly after their breakup TMZ reported they had decided to split custody and to both remain based in New York in order to make joint parenting easier.

In fact she and Bradley are such close co-parents that they have made sure to live just blocks apart in Greenwich Village in order to raise their daughter.

‘He’s a full-on, hands-on dad – no nanny,’ Irina told Highsnobiety last year. ‘Lea went on holiday with him for almost two weeks – I didn’t call them once.’ 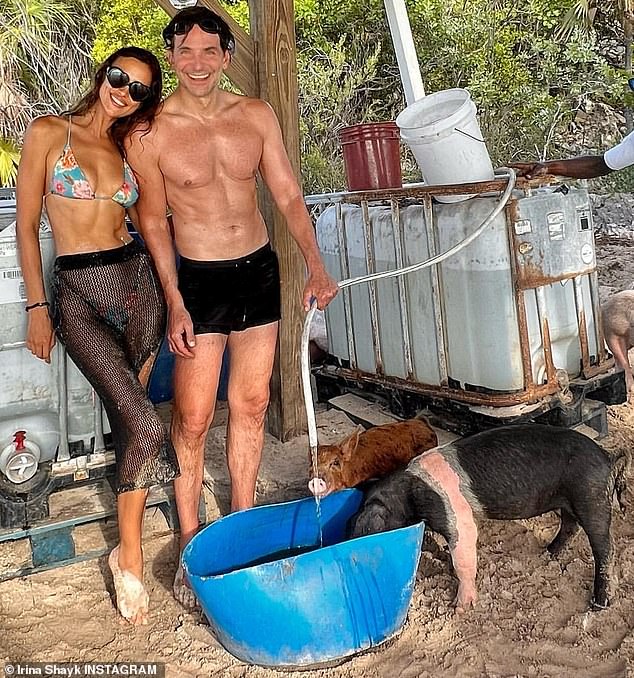 Beach bodies: Irina and Bradley previously set the rumor mill churning over the summer when they reportedly took Lea De Seine on vacation together

Bradley is currently directing Maestro, a biopic of Leonard Bernstein, the Broadway composer of such legendary shows as West Side Story and Candide.

Leonard was married to Chilean actress Felicia Montealegre from 1951 until her death of cancer in 1978 in spite of the fact she knew he was gay.

Bradley is playing the leading man, with Carey Mulligan as Felicia in a cast that includes Maya Hawke, Matt Bomer and Sarah Silverman.