Bradley Cooper was spotted arriving in style to History Talks held at Constitution Hall in Washington D.C. earlier on Saturday.

The 47-year-old actor was pictured holding hands with his five-year-old daughter, Lea, who also attended the event, as they entered the doors to the venue.

The Hangover star shares his daughter with his ex-girlfriend and supermodel, Irina Shayk, 36. The two previously dated from 2015 until their split in 2019, but still remain close to co-parent Lea.

The award-winning star opted for a monochromatic ensemble, and donned a pair of fitted, black slacks.

He paired the pants with a black dress shirt made of the same material, with only the top button left open.

To accessorize his look for the evening, he added a pair of brown shades, which he took off once he approached the building.

Bradley was seen guiding his daughter up a small ramp and turned to wave at cheering fans before entering Constitution Hall. 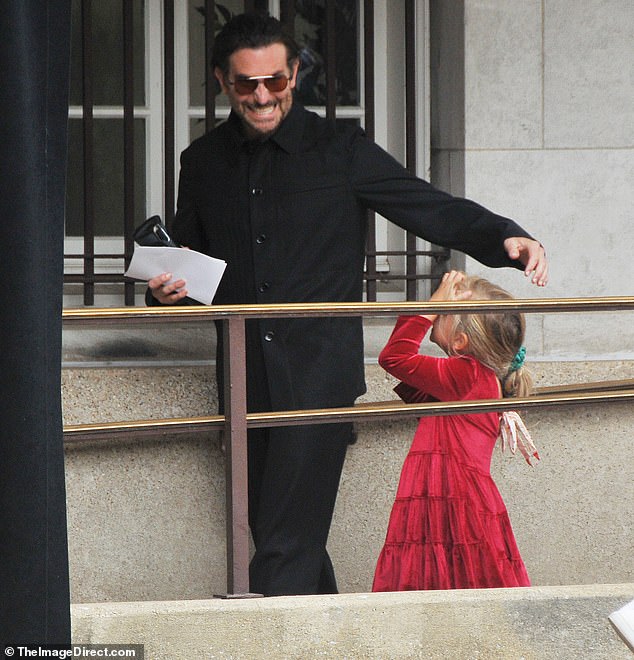 Cute! The Nightmare Alley actor was seen having fun and playing with his daughter outside the venue

History Talks is an event put together by the History Channel, with a number of global leaders, authors, filmmakers, and trailblazers in the world that gather together.

His daughter wore a long-sleeved, red velvet dress while her blonde hair was slicked back into a low ponytail. 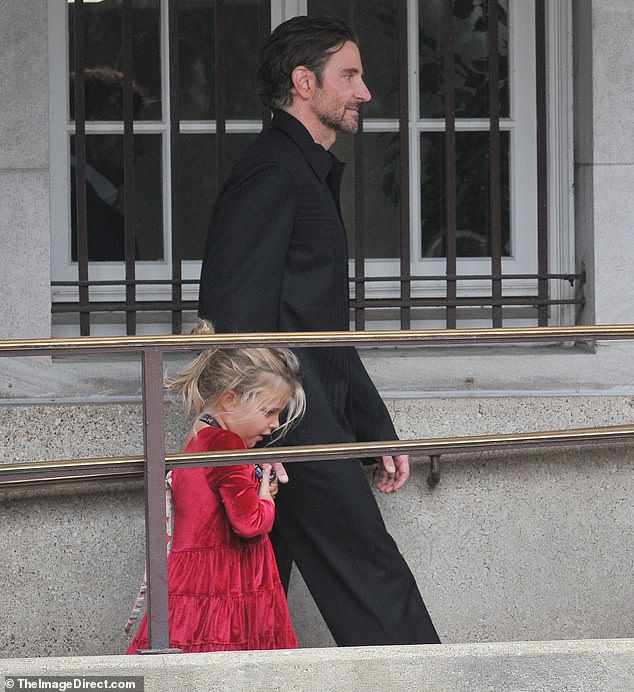 Happy father: The award-winning star and his ex, Irina Shayk, welcomed their daughter, Lea, to the world in 2017 before their split in 2019

At one point, the star was pictured having fun and playing with Lea as they arrived at the venue.

During an interview on the Smartless podcast, Bradley opened up about his daughter and how she has impacted his life.

‘Fatherhood, I mean, everything changed ,’ he explained. ‘Everything is shaded by, or brought into glorious colors, by the fact that I get to be a father to a wonderful human being.’

‘You have this wonderful thing or breakthrough with a script, or you have a wonderful moment on this set or in an editing room, you have like 40 of those moments every day with your kid, that are that level of joy. That’s not spinning it, that’s just the truth,’ he further added. 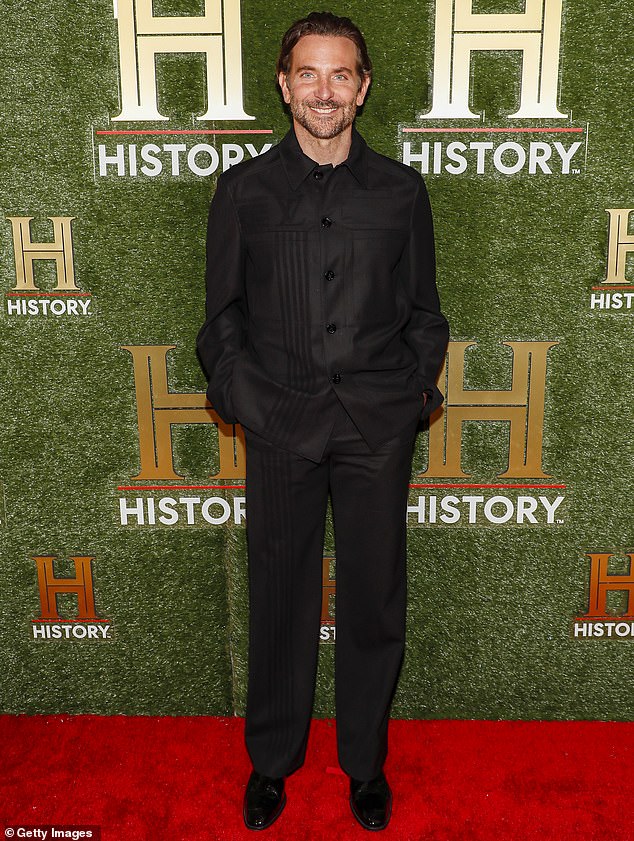 ‘Hands-on dad’: During an interview with Highsnobiety, Irina expressed that Bradley was, ‘a full-on, hands-on dad’; seen at History Talks on Saturday 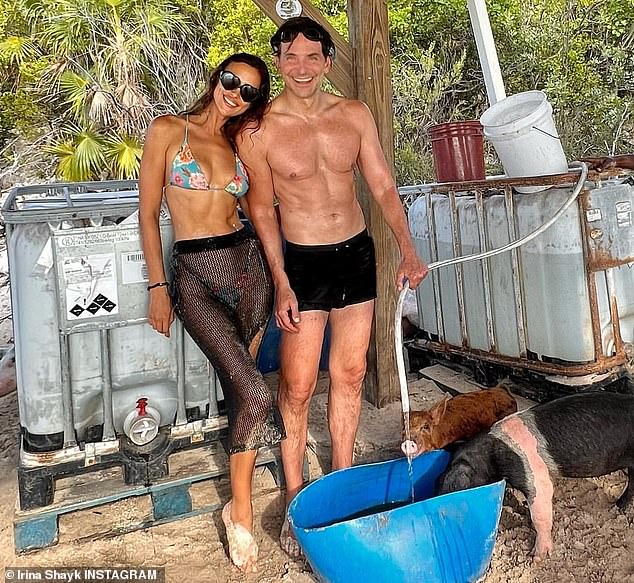 Good relationship: Despite their split in 2019, the two stars are still on good terms and focus on positively co-parenting their daughter

The A Star Is Born actor and his ex, Irina Shayk, welcomed Lea in 2017 when they were in the midst of their relationship.

Despite their split two years later in 2019, the two stars remained devoted to co-parenting their daughter.

During an interview with Highsnobiety Magazine last year in 2021, Irina weighed in about Bradley as a father.

‘He’s a full-on, hands-on dad, no nanny. Lea went on holiday with him for almost two weeks. I didn’t call them once,’ the former Sports Illustrated Swimsuit model expressed.

The two recently went on a tropical vacation together last month in August, and the model shared a few snaps of the trip onto her Instagram page.

Bradley has been reportedly seeing political staffer, Huma Abedin, for a few months. The two were initially introduced by Vogue editor, Anna Wintour.

According to Us Weekly, Huma fully supports Bradley and Irina’s co-parenting relationship.

A source told the entertainment publication earlier in September, ‘Bradley and Irina want to keep going on vacations as a family. And Huma respects that.’

While focusing on family, the Oscar-nominated actor has been working on upcoming projects, including the film, Maestro. He is both directing the feature, and playing the lead role of American conductor, Leonard Bernstein.

The movie has also cast Stranger Things star, Maya Hawke, Matt Bomer, and Carey Mulligan. The film is slated to release next year in 2023.