‘I hope he kicks on from this and gets the opportunity to do it in the Tour de France’: Bradley Wiggins predicts big future for Tao Geoghegan Hart after sensational Giro d’Italia victory

Sir Bradley Wiggins wants to see Giro d’Italia sensation Tao Geoghegan Hart step out of the shadows at Team Ineos and be given the opportunity to challenge in the Tour de France.

Wiggins hailed the Londoner’s ‘perfect’ performance on Sunday and then predicted a glorious future for him.

‘I hope he kicks on from this and gets the opportunity to do it in the Tour de France and we can talk about him for the next 10 years,’ Wiggins said on Eurosport. 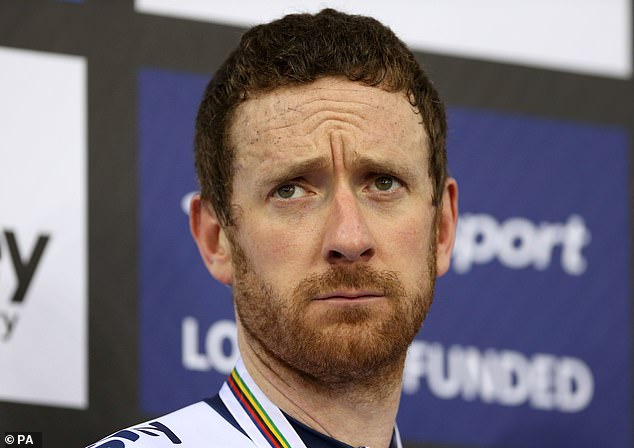 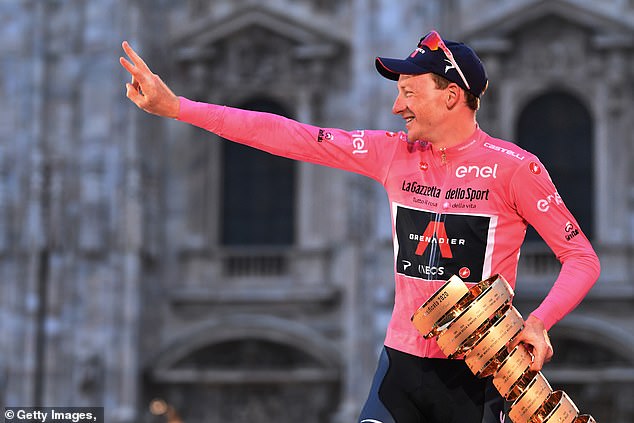 ‘He’ll think he’s not worthy of it and doesn’t really deserve it. He won’t change from this.

‘He’s happy to be submissive and he’ll ride for Ineos team-mate Geraint Thomas next year and Adam Yates and Egan Bernal but he’s a worthy champion and everything this country needs as a role model in sport.’

‘He didn’t look nervous, he just looked how he’s looked for the last 10 days — extremely focused, relaxed, confident in the job he had to do.