The first Briton to win the Tour de France has praised drug cheat Lance Armstrong as the race’s ‘perfect winner’.

Sir Bradley Wiggins said the cyclist was ‘precisely the sort of winner’ that founder Henri Desgrange ‘had in mind 120 years ago’ when he created the race, adding he was its ‘archetypal’ competitor.

Desgrange  is believed to have defined the race’s ideal winner as a ‘superathlete’ when he founded it in 1903. 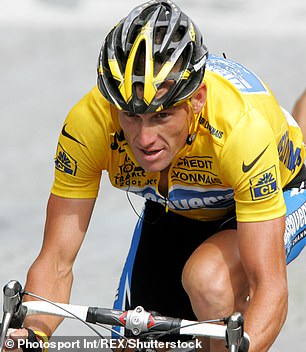 Sir Bradley’s praise of Armstrong appears in a book which is set to be published this week by Harper Collins, The Times reports.

It comes after a House of Commons report this year concluded that the British cyclist crossed an ‘ethical line’ by using drugs himself.

When the report argued that he and Team Sky had used substances to enhance performance and not solely for medical reasons, Sir Bradley said the document had used parliamentary privilege to defame him.

The tribute appears in Icons, which celebrates 21 cyclists and warns readers: ‘Look away now if you’re easily offended.’

In the book’s opening pages, the athlete describes Armstrong as the ‘meaty-looking American’ who inspired him to take up the sport.

Armstrong dominated the Tour de France from 1999 to 2005 by winning, but Sir Bradley says it was in 1993 that he was inspired. He recalls their first meeting and says he ‘felt 10ft tall’ when Armstrong smiled at him. 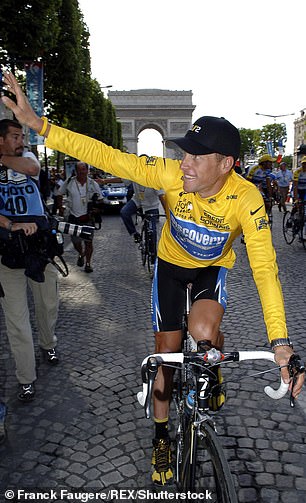 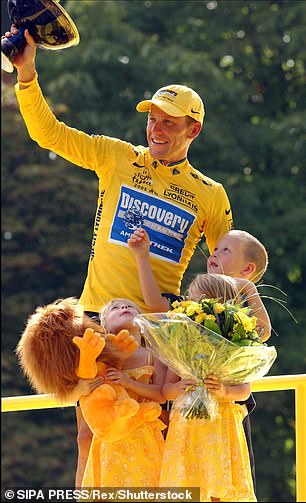 In his book, he argues that the race’s victors are masochistic, obsessive and sometimes ‘borderline sociopathic’.

His words set out the argument that the winners shouldn’t be judged by the same standards as ordinary people.

In a recent radio interview, Sir Bradley was asked if Armstrong had apologised to him for bringing their sport into disrepute.

He replied: ‘No, he doesn’t need to apologise to me. That’s not condoning what he did, not for one minute, but once you come out of cycling, I see it more from the human side now, and it is what it is.’

The book also details his struggles with fame, as he admits that he and his wife, Cath, are not ‘particularly cut out for it’.

The Tour de France commentator Ned Boulting said the Sir Bradley’s celebrated forthrightness ‘chips away at the knight-of-the-realm credibility he still holds out for’.

Boulting said it was typical of the cyclist to speak his mind and then ‘scratch his head in surprised hurt when the world objects’ and added: ‘There’s something Trumpian in the Wigginsapproach to PR.’