Brain-damaged boxing legend Michael Watson suffered cuts and bruises after he was robbed by carjackers wielding bottles of ammonia, a court heard.

The former middleweight champion, 53, was caught in his passenger side seatbelt as two men tried to steal his car near his home in Chingford, east London, in February last year.

He was left partially disabled after suffering a near-fatal brain injury in his infamous fight with Chris Eubank in 1991.

The boxing hero, known in his heyday as ‘The People’s Champion’, was attacked with his carer and best friend Lennard Ballack, who screamed in agony after being doused with ammonia and the pair spent two nights in hospital. 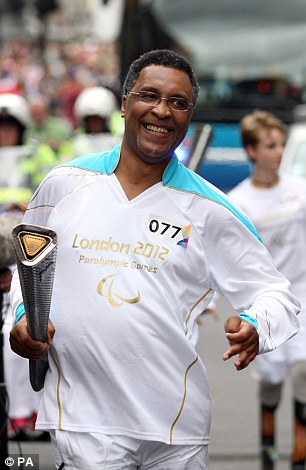 The boxing hero (left, at Arsenal’s former stadium Highbury and right, carrying the Paralympic flame in 2012) was dragged up to 500ft down the road 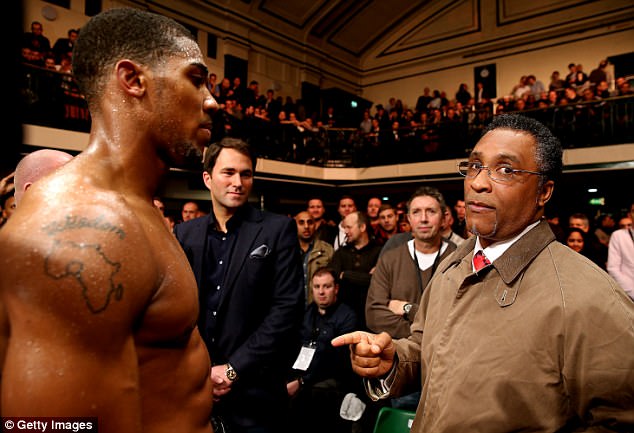 Simon Luck, 28, and Paul Samuels, 31, were allegedly behind the attack and – with 23-year-old Anselm Legemah – carried out another carjacking a fortnight earlier.

The trio are said to have targeted Bradley Robinson after he pulled his white Audi into the Esso petrol station in Loughton on February 4.

Samuels got out of a white Mercedes, allegedly driven by Luck, before approaching to ask if Mr Robinson had a light, Snaresbrook Crown Court heard.

He then squirted ammonia into the driver’s face before jumping into the Audi alongside Legemah and the two cars drove off, jurors heard.

All three men deny conspiracy to rob and applying a corrosive fluid with intent. 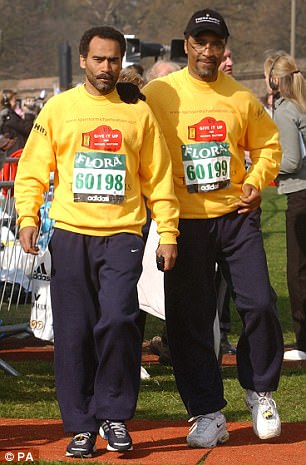 Watson’s carer Lennard Ballack (left) was punched to the floor and sprayed with ammonia. He said: ‘It was horrific. It was like a Western movie when the cowboy gets dragged along by a horse’

Robert Evans, prosecuting, said: ‘This case concerns a conspiracy, an agreement, to rob people of the cars they were driving – what is commonly called carjacking.

‘The method the robbers in this case would use is this. They would start off in another car, and when they see a car they want to steal they would park behind it.

‘One of them then gets out of the car, goes to the driver’s door and gets the driver to lower the window. Then the robbers squirt ammonia into the face of the driver.

‘They then drive off in the car they have stolen.’

They show him pulling his white Audi onto the forecourt, followed closely behind by a white Mercedes which parks directly to the rear.

The robber, clad in dark clothing and said to be Samuels, approached Mr Robinson on his side and ‘asked him if he had a light’, the prosecutor said.

He then ‘squirts ammonia into his eyes and face’ before ordering Mr Robinson out of the car.

As he exits, another robber, said to be Legemah, jumps out of the Mercedes and into the Audi before both cars pull off.

Just under a fortnight later, on February 16, Mr Ballack and Mr Watson were ploughing through heavy traffic in a VW Golf in Chingford.

Mr Evans added: ‘Witnesses described seeing an altercation between the driver of the car, Mr Ballack, and an attacker.

‘The witness first thought it was water but realised it wasn’t by Mr Ballack’s reaction, his screams of pain.’

Mr Ballack was then dragged out of the car and pummelled to the floor under a barrage of punches and kicks before one of the thugs jumped into the driver’s seat and pulled off. 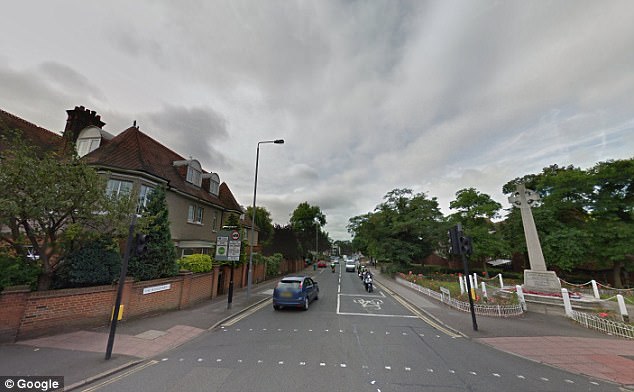 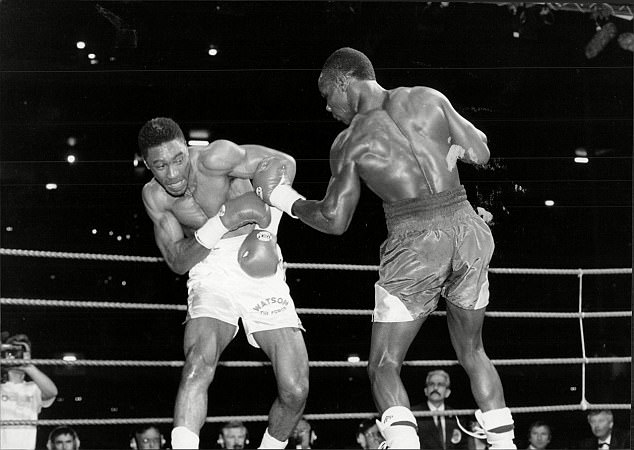 Mr Evans added: ‘Witnesses described seeing the passenger, Mr Watson, bobbing up and down on the road.’

He said that the boxing hero was dragged up to 500ft down the road and left with cuts and abrasions to his face after he was entangled in the seatbelt.

The attacker then gave up and got back into the Mercedes and fled, the court heard.

Jurors were told Mr Robinson’s Audi was traced to a road just behind the one where Luck and Samuels live whilst the Mercedes, which was also stolen, was found crashed a week later.

The airbag had deployed and bore Luck’s saliva whilst a bottle of ammonia was also left inside, Mr Evans said.

Jurors heard a bottle of the same brand was also discarded inside Mr Watson’s Golf.

All three defendants were arrested months later in October and November last year but made no comment to police in interview.

Samuels and Luck, both of Manor Park, east London, deny conspiracy to rob and two counts of applying a corrosive fluid with intent.

Anselm Legemah, of Plaistow, east London, denies conspiracy to rob and a single charge of applying a corrosive fluid with intent.