A young family have been forced to cancel their holiday after a caravan park refused entry to their brain-damaged son’s service dog.

The Reese family from Murray Bridge, Adelaide, booked a break at the Marion Holiday Park in Bedford Park – a place they had stayed at three times before.

Upon arriving, the family were refused entry because they were travelling with their dog Hunter.

Hunter is a three-year-old Labrador and support dog to their eight-year-old son Logan, who has an acquired brain injury from a tumour he was born with.

Logan is non-verbal, suffers from autism and epilepsy, and is prone to running away, with Hunter being trained to respond in emergencies. 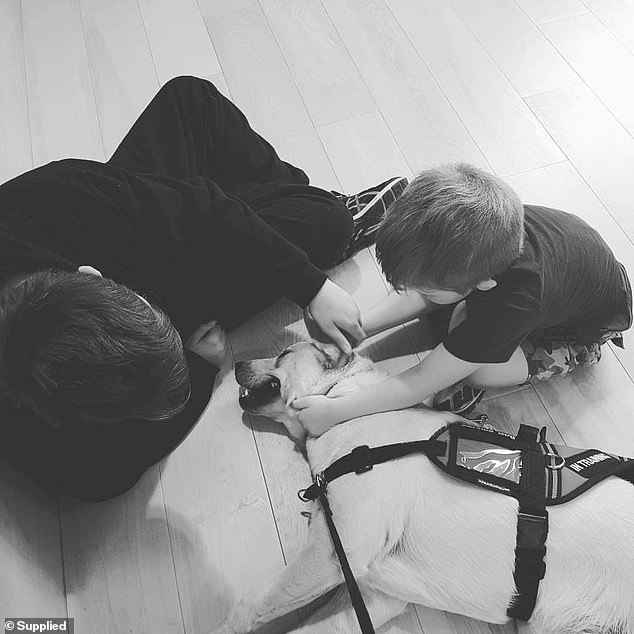 ‘He will safe bark on command to help us if Logan is running off and Logan will hug him and lays down with him and he is the only way he goes out in public.’

Hunter is always by Logan’s side, even spending time with him in hospital through bouts of treatment, and also helps with Logan’s older siblings Zach and Mystique, who suffer from autism.

But despite this, the Reese family were forced to cancel their trip, when Hunter was refused entry to the caravan park because of their ‘no pets’ policy.

The Federal Disability Discrimination Act states that Hunter is allowed in all public places as an assistance dog in training, and even with appropriate accreditation cards shown by the Reese family, staff refused the family entry to the park.

Hunter is registered with the South Australian Dog and Cat Management Board as an assistance dog, but Ms Reese said the holiday park claimed there was not enough evidence to prove Hunter was a service dog.

She even showed the staff pictures of Hunter at the accommodation during their most recent trip to the holiday park in March 2018, with caravan park staff claiming they had no evidence of the family bringing a dog into the park on their company files. 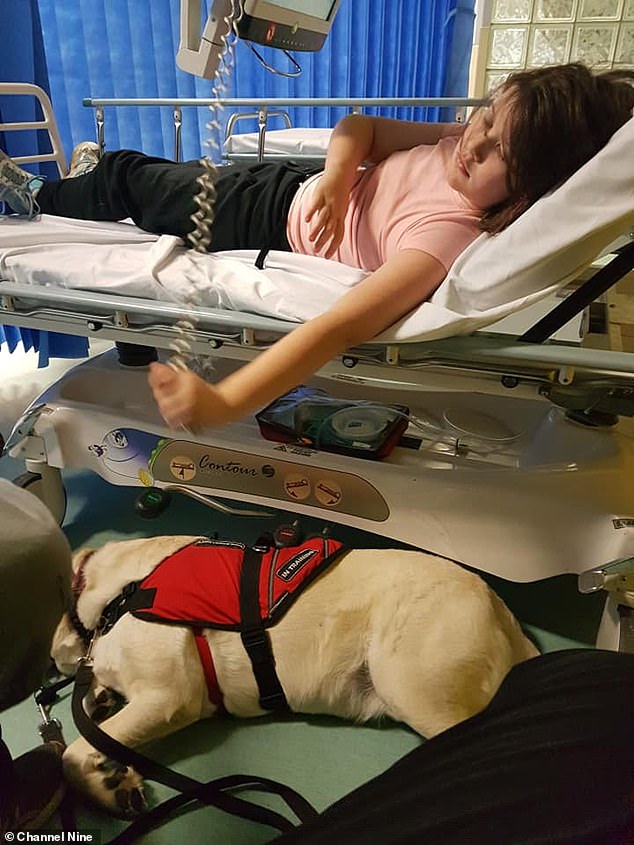 Hunter is always supporting the family, pictured with Logan’s sister Mystique in hospital 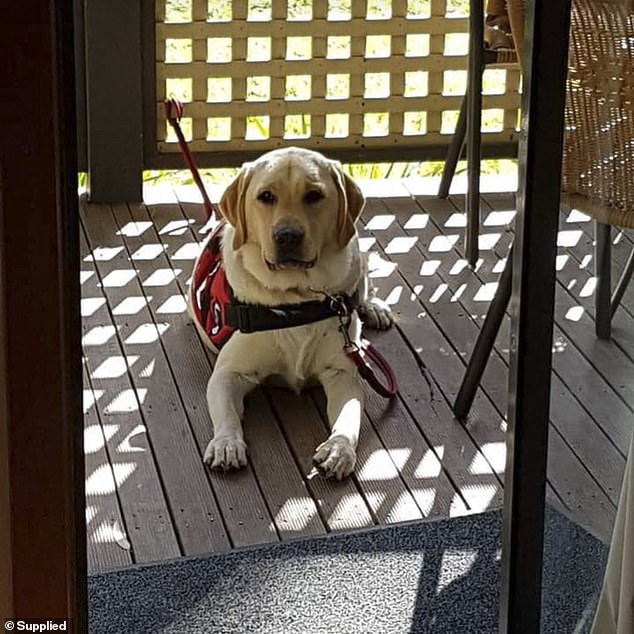 Hunter (pictured) at the Marion Holiday Park in 2018, where he was recently refused entry

‘I showed the staff and said we’ve been through this ID in the past and they said ‘oh you must have snuck him in,’ Ms Reese said.

‘Staff said that because Hunter is not a vision assistance dog, he is in a different class, but he’s not, they are the same category under the disability discrimination act.’

‘We had previously been allowed in, that’s why we kept coming back.’

Ms Reece said she would be making a claim to the Human Rights Commission, with the Marion Holiday Park potentially facing up to $10,000 in fines for refusing Hunter into the park.

Marion Holiday Park owner Alan Rowett said the caravan park had emailed the family asking for accreditation documents for their dog a week prior to their arrival and received no response. 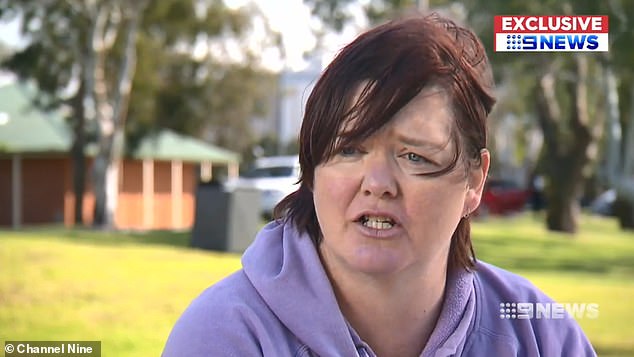 ‘We don’t accept pets, and there are laws regarding service dogs and we meet them, but we didn’t believe the dog was certified.’ Mr Rowett told Daily Mail Australia.

Mr Rowett said the accreditation provided by the family was expired, leading to the dog being denied entry. Ms Reece provided a secondary ID from Brama Labradors which notes Hunter as an assistant dog in training, but it wasn’t deemed valid by staff.

‘The family have been previous guests and we pride ourselves on returning guests, but we have a policy, and we are devastated at the outcome of this situation.’

Mr Rowett said any money that had been paid to the caravan park by the family had been refunded. 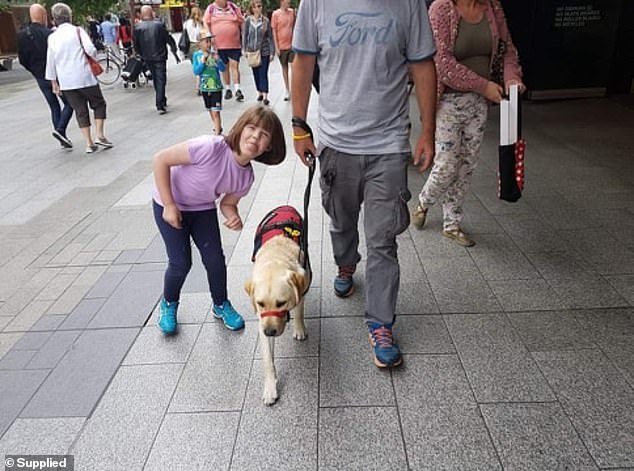 Hunter is always moving with the family, pictured with daughter Mystique at Rundle Mall