Like most new parents, Braith Anasta and his girlfriend Rachael Lee can’t help but share their newborn daughter Gigi’s every more.

And the pair were at it again on Wednesday, when they attended Rachael’s son’s Easter Hat Parade.

However, it appears that things didn’t quite go to plan, with the two-month-old bursting into tears at the event.

You can’t win them all! Former NRL star Braith Anasta struggles to comfort his crying two-month-old daughter Gigi as he attends a school Easter Hat Parade

‘Addis Easter Hat parade. Gigi’s having a ball,’ captioned Rachael on an Instagram picture of the moment.

In the snap baby Gigi looked cute as a button in a pink onesie.

Addison, who stood on the other side of his new sibling and wore similar coloured shorts and a grey jumper. 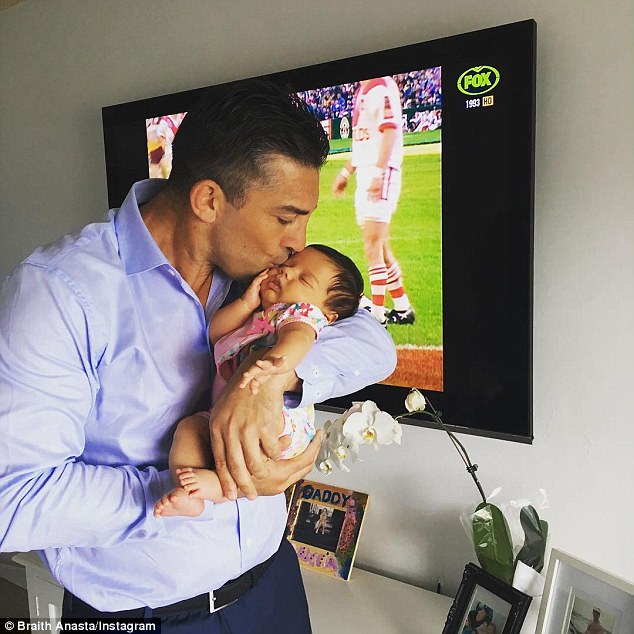 Seemingly missing from the family’s day out was Braith’s daughter four-year-old daughter Aleeia, who is likely spending time with her mother and his ex-wife Jodi Gordon.

Braith and Rachael welcomed baby Gigi on January 21 and took to Instagram to share the good news with their legions of followers, along with the caption ‘PERFECTION! GiGi Anasta 21/1/18’.

A year ago, Braith opened up about the juggling act he faced as a working father and member of a blended family.

‘It has been a bit of a challenge with the 50-50 [custody],’ he told The Sydney Morning Herald of sharing parenting duties with ex Jodi while trying to fit in time for his career.

‘The relationship [with Jodi] is all smooth, which has made it, I suppose, easier…But I have [Aleeia] a lot, which is unbelievable’.

Clarifying his statement, he added that he felt ‘lucky’ because many fathers miss out on equal-share custody after divorces. 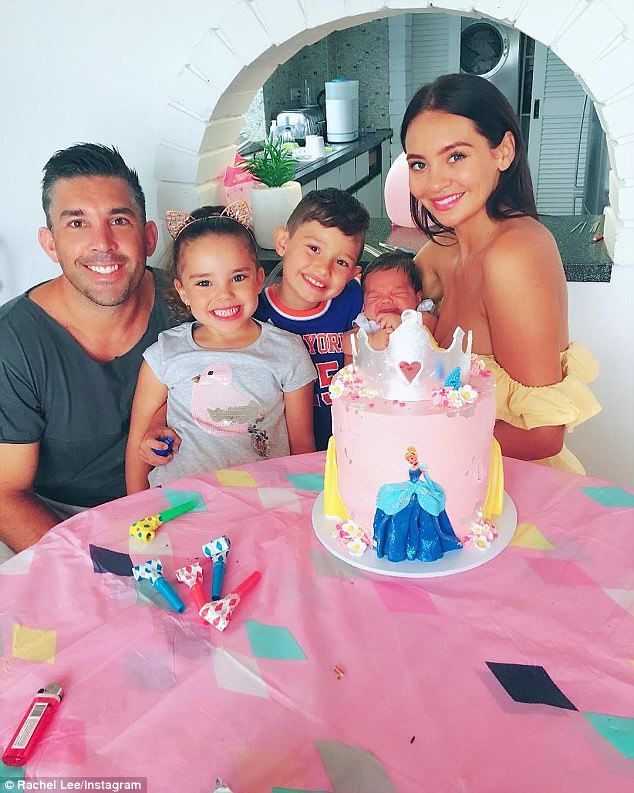 Blended families: Seemingly missing from the family’s day out was Braith’s daughter four-year-old daughter Aleeia, who is likely spending time with her mother and his ex-wife Jodi Gordon