The plastic products about to disappear from supermarket shelves: with many items to be gone for good from July

Many plastic products will disappear from supermarket shelves from July onward as the major chains and leading brands combine to reduce the substance that is crammed into landfill and polluting oceans.

From July 1, Coles customers will no longer be able to purchase plastic products such as cups, plates, bowls, straws and cutlery.

The ban on plastics is predicted to reduce 1.5 million tonnes of the material ending up in landfill each year.

Along with the supermarket giants, retailers like Coca Cola, Nestle and Arnott’s Biscuits have all joined the ANZPAC Plastic Pact, aiming to ensure all packaging is recyclable or reusable by 2025.

Around 60 businesses have signed up, pledging to remove unnecessary plastics from their products and to increase the amount of plastic packaging which is actually recycled to 25 per cent within the next five years.

‘We’ve just launched our new Together to Zero sustainability strategy and have an ambition to be Australia’s most sustainable supermarket, working with our suppliers, customers and other stakeholders towards zero waste,’ he said.

Both Coles and Woolworths have been encouraging shoppers to use reusable bags since 2018.

Woolworths head of sustainability Adrian Cullen said the Pact marked the first opportunity for the entire industry to collaborate on solutions.

‘In recent years we’ve removed thousands of tonnes of plastic from our packaging and stores, but we know there’s more to do, and we can’t do it alone,’ he said.

Brooke Donnelly, CEO of the Australian Packaging Covenant Organisation, congratulated the businesses that had signed up to the pact which was launched on Tuesday.

‘As well as a growing problem, plastic is also fundamentally an international one,’ she said.

‘To tackle plastic waste effectively we need to find solutions that aren’t constrained by national borders or old ways of thinking.’

If no action is taken to reduce the use of plastics, the amount entering the ocean will have tripled by 2040. 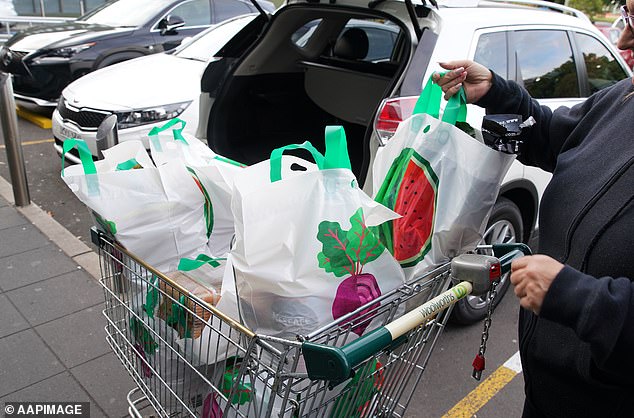 That is crucial, Ms Donnelly says, as improvements can be made at both ends of the chain.

About two thirds of plastic packaging sold is already recyclable, but little of it was recovered.

Out of the one million tonnes of plastic packaging sold in Australia, only 18 per cent are recovered for recycling.

‘Design is really important in terms of ensuring that you create packaging that has the best chance of making it through the system and being sorted and collected and recovered,’ she said.

‘There are some plastic packaging formats that are just very difficult to recover and we actually need to move away from altogether.’

Currently, packaging that is made out of several different types of plastic or plastics of certain sizes or colours are difficult to recycle. 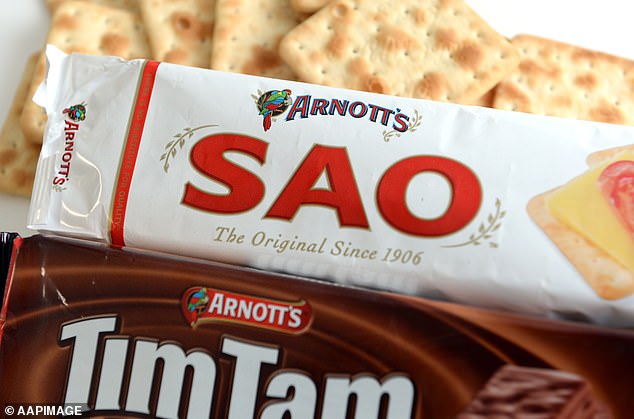