A group of fisherman have posed with a massive bull shark they caught in a suburban Sydney river.

The men caught the shark in the Georges River, Revesby, where people regularly go with their families for a swim or take their boats and jet skis out for a spin.

They filmed their encounter with the dangerous creature and took a few photos to show off to their friends.

The video was posted to the Only in Guildford Facebook page today but it is unclear when the photos were taken.

The video shows the men reeling the shark to shore as it flips around and crashes its large tail on the sand.

One man makes the dangerous decision to grab the tail of the shark in preparation for the photos.

Two groups of men move behind the shark and snap a few photos before pushing it back into the river.

Bull sharks are considered to be one of the few sharks that are dangerous to humans and make up most of the shark attacks in Sydney Harbour.

They are one of the only species of shark that stay in fresh water to feed and breed.

Female bull sharks sometimes give birth in rivers where their young can live for up to five years.

This isn’t the first time sharks have been spotted in the Georges River. 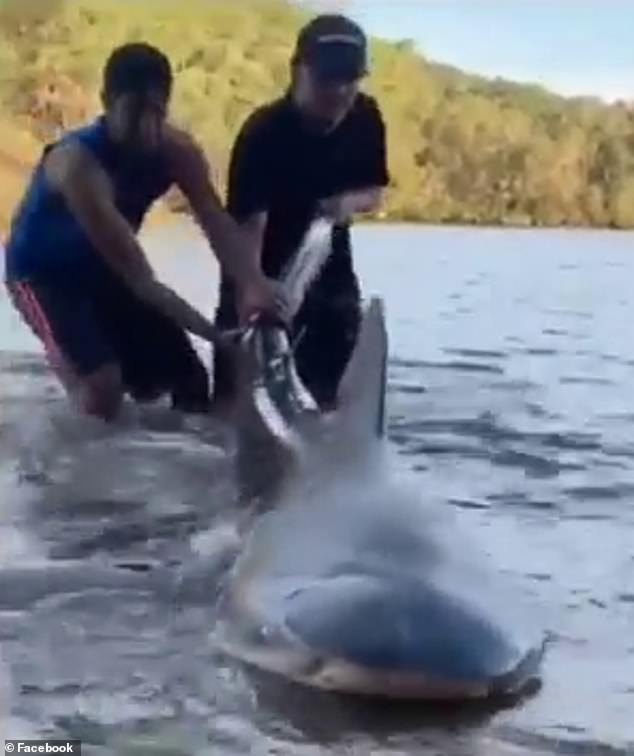