A hero policeman who desperately tried to smash the windows of a crashed helicopter outside Leicester City’s stadium has been left ‘traumatised,’ his colleagues have revealed.

The aircraft belonging to billionaire club chairman Vichai Srivaddhanaprabha, 60, came crashing down in the car park of the King Power stadium, moments after it took off, on Saturday.

Five people are believed to have died although police are yet to confirm more than 24 hours on whether or not there are any fatalities.

Witnesses have described how a brave beat officer ran towards the wreckage and attempted to batter through the glass windows to pull out any survivors.

However, he was beaten back by an explosion from the wreckage after the crash at around 8.45pm, after Leicester played West Ham.

It has not yet been revealed if he sustained any burns or other injuries but he has suffered ‘trauma and shock’, a Leicestershire Police spokesperson told MailOnline today.

The helicopter was heading for Luton Airport where Mr Srivaddhanaprabha was planning to catch a flight to Thailand. 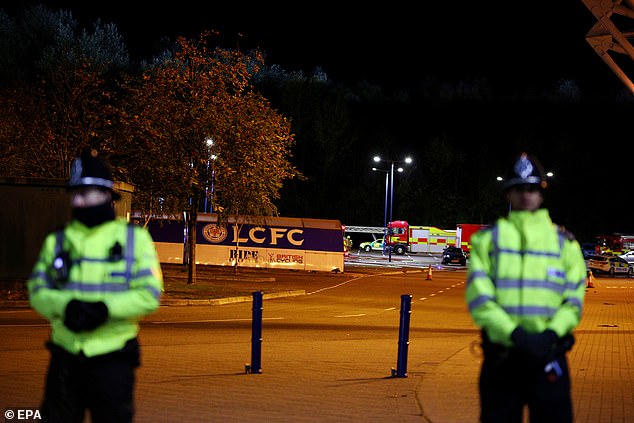 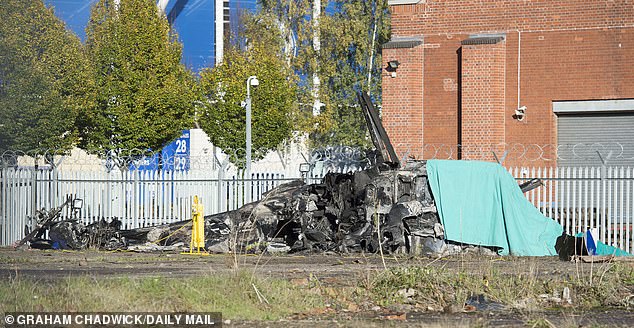 The scene of the crash has been sealed off by police. One officer was injured when he tried to save the people inside

The brave officer, who had been on routine patrol at Leicester City’s earlier home match, has been treated in hospital.

The force spokesman said of the courageous cop who had not yet been named: ‘He had been on routine match duty and ran towards the helicopter when it crashed.

‘He went right up to the windows trying to break them, we understand with his baton which he had been carrying as a matter of course.

‘He wanted to help free the passengers but after the explosion the helicopter was engulfed in flames and he was forced back.

‘He was very brave.’ 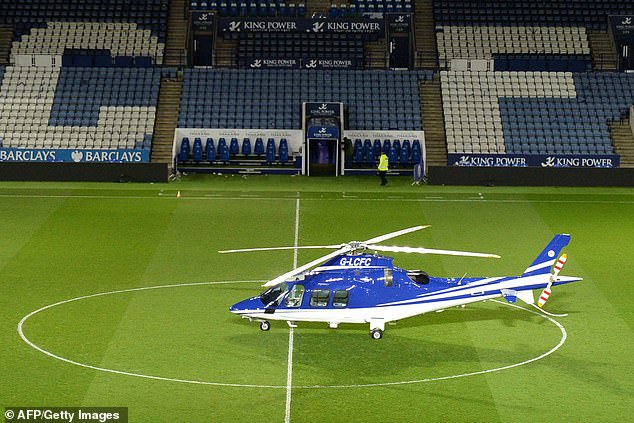 She added that the officer would be a potential vital witness to the tragedy. She said: ‘He is traumatised and shocked and may need counselling. It is not known when he will be back on duty.’

The eight-seater helicopter which the much loved Thai billionaire boss always travels in after matches had flown over Leicester’s King Power Stadium seconds before nosediving into a car park.

Witnesses heard the aircraft having engine trouble before it plunged to the ground.

It is not known whether the pilot had attempted to safely land the helicopter because it ended up on a derelict piece of land, rather than the buildings and cars just metres away. 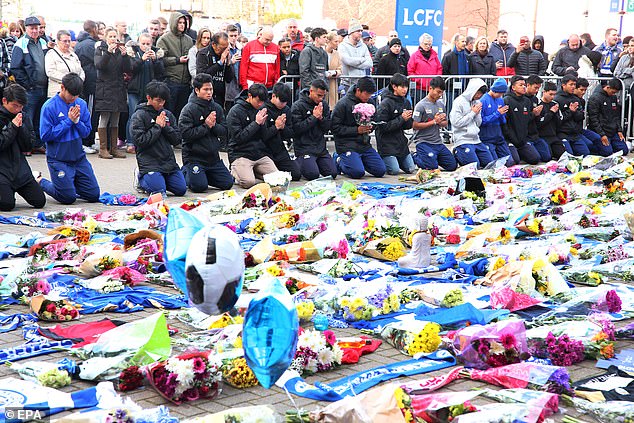 He gave a harrowing account of the drama unfolding, saying: ‘He ran straight away to the helicopter and he was trying to break the window of the helicopter with, I don’t know what he had in his hand, a big metal or… I couldn’t see ’cause it was too dark. ‘

‘But the policeman was trying to break the window and trying to get in and the other one was inside the car looking for something and then the next minute I saw the police officer he had a fire extinguisher trying to prevent the fire.’

He told BBC Radio 5 Live: ‘And then this was all going on five to 10 seconds and then there was an explosion and even the policeman and all the three or four other guys that were trying to help just pulled back because the fire was going too hot.’

A growing sea of floral tributes and Foxes’ memorabilia mark the scene of horror as heartbroken fans openly weep, hug each other and speak of their sorrow.