According to French outlet RMC Sport, there was an altercation after Hamraoui made ‘negative remarks’ towards Baltimore during a training drill, with both players having to be separated.

A crisis meeting involving the whole squad is then said to have been called. The alleged spat comes ahead of PSG’s Champions League semi-final against rivals Lyon on Sunday.

Kheira Hamraoui (above) reportedly made remarks towards Sandy Baltimore in training 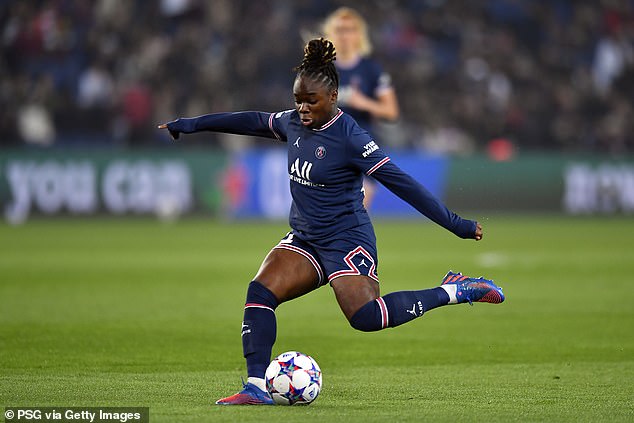 It follows a chaotic six months for the French club after Hamraoui was attacked by two masked men in November. Club and international team-mate Aminata Diallo, who was driving them home from a team meal, was originally arrested on suspicion of organising the attack before being released without charge.

But tensions in the squad have remained high and Hamraoui is said to have ‘complicated relationships’ with Baltimore, Marie-Antoinette Katoto and Kadidiatou Diani.

A report by The New York Times suggested that Hamraoui accused at least two other teammates of involvement in her assault, and that she has a strong belief the answers to the case lie within PSG.

Hamraoui also reportedly angered Diani by mentioning her husband as a potential suspect. 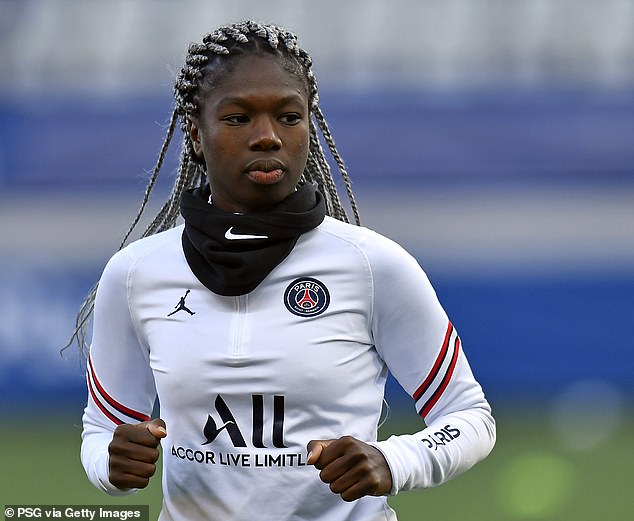 Aminata Diallo (above) was arrested in November on suspicion of setting up an attack on Hamraoui, before she was released without charge 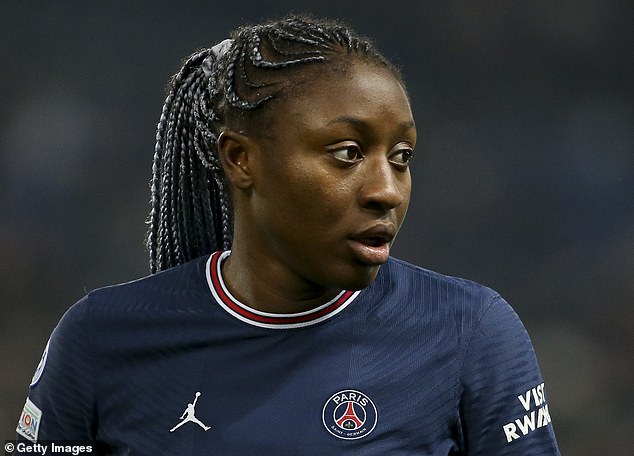 Diani’s husband has not been implicated or questioned by the police, but the PSG forward is said to have confronted Hamraoui about the accusation.

Diallo vehemently denied the allegation that she had anything to do with the attack, calling it a ‘perfectly artificial dramatisation’.

A reconciliation meeting between the two players was held by PSG in December and the pair have since returned to play for both club and country.

In a further twist in the story, it emerged a telephone SIM card being used by Hamraoui on the night of the attack was registered in the name of former Barcelona defender Eric Abidal.

In November, lawyers for Abidal’s wife Hayet issued a statement claiming he had admitted to an affair with Hamraoui and divorce proceedings had been initiated. Married since 2007, the couple have four daughters and a son. 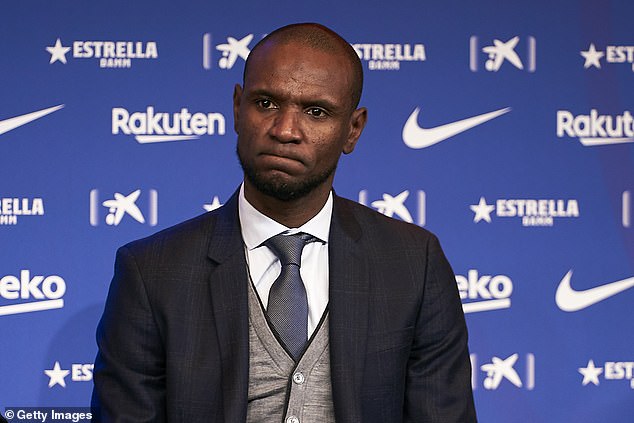 French sports paper L’Equipe released details from the police on how the attack took place, detailing how Diallo drove Hamraoui to and from a team meal in a Toyota Corolla provided by the club, dropping off another player afterwards – Sakina Karchaoui – before the attack began in Chatou, Yvelines.

‘My attacker hit me with an iron bar several times. I saw that he was mainly targeting my legs and I was trying to protect myself with my hands,’ Hamraoui told police.

‘At that time, I didn’t see a weapon. They immediately start yelling: “Open the door! Open the door!” The one on my side grabbed me and pulled me out of the vehicle.

‘Before, he grabbed a rectangular iron bar that he had hidden in his pants or under his sweater. 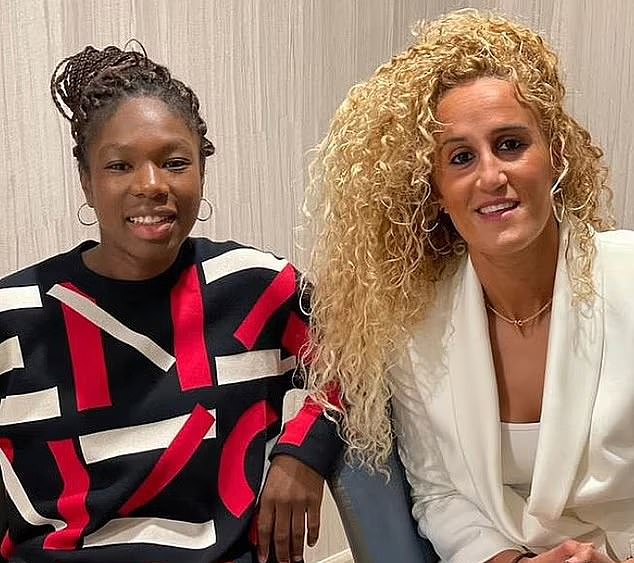 ‘He gave me a first blow from the first moments of the assault to force me out of the cabin. I fell on the road and then on the right side of the road.

‘My attacker hit me with an iron bar several times. I saw that he was mainly targeting my legs and I was trying to protect myself with my hands.

‘The scene lasted several minutes, it seemed long to me. Aminata told me it was faster. I think the two individuals fled because cars were coming into the street.

‘They started running in the direction of the traffic. We quickly lost sight of them. I think a car should be waiting for them nearby.’

Hamraoui also referred to hearing the term ‘you like to sleep with married men’ during the assault, a detail confirmed by Diallo who was being ‘detained’ by the second stranger throughout the attack.