A fugitive wanted over a violent ‘domestic assault’ has taunted police on Facebook, bragging that he can run like Mo Farah.

As police hunting for Gladstone Francis shared his mugshot online, he responded by commenting underneath, writing: ‘What you looking at lol.’

The 53-year-old from Stirchley, Birmingham, has also been replying to members of the public who comment on the picture.

When one person wrote that the fugitive looks ‘like Mo Farah with a goatee’, Francis said: ‘I can run like him, too.’

And after another Facebook user wrote ‘where’s he from? The sexy thing,’ Francis replied: ‘Balsall Heath mate!’

Francis is wanted over an offence in December 2018, West Midlands Police have confirmed. 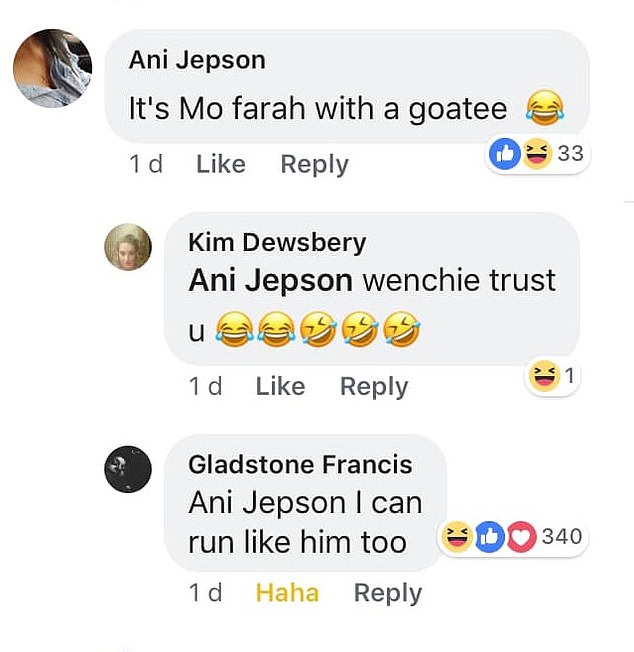 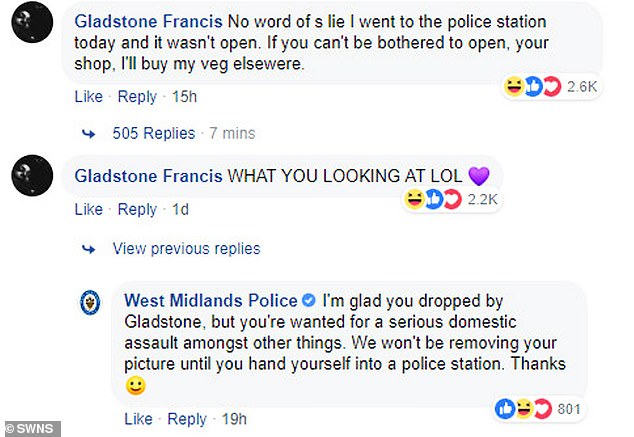 The force told Francis on Facebook: ‘I’m glad you dropped by Gladstone, but you’re wanted for a serious domestic assault amongst other things.

‘We won’t be removing your picture until you hand yourself into a police station. Thanks :).’

Francis later responded: ‘No word of a lie I went to the police station today and it wasn’t open. If you can’t be bothered to open your shop, I’ll buy my veg elsewhere.’

More than 4,000 comments have now been left on the viral Facebook appeal.

A spokesman for West Midlands Police said: ‘Anyone with information on his whereabouts is asked to contact police via live chat at west-midlands.police.uk between 8am to midnight or to call 101 anytime.’