Brazil 0-0 Venezuela: Copa America hosts booed and mocked with ‘ole’ chants from their own fans

Brazil 0-0 Venezuela: Copa America hosts booed and mocked with ‘ole’ chants from their own fans in stalemate

Brazil were jeered at home in the Copa America for the second time in a row as they were held to a stalemate by Venezuela.

The hosts followed a lethargic win over Bolivia with a scoreless draw on Tuesday, prompting another onslaught of boos from the home crowd.

This time, Brazil even endured chants of ‘ole’ by the local fans when the Venezuelans were in possession towards the end of the match. 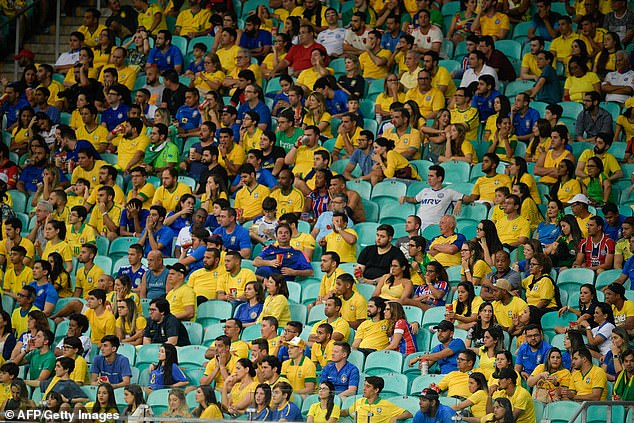 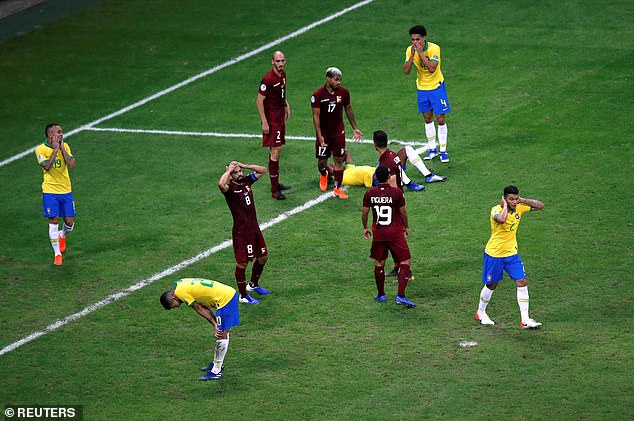 ‘Obviously it doesn’t help when the fans are against us, chanting ‘ole’ for our opponent,’ Brazil left back Filipe Luis said. ‘In the end, that doesn’t help anybody. We need to keep fighting and keep giving our best to try to change things.’

Brazil played better than in the opener against Bolivia, but were not able to break through the stubborn Venezuelan defense at the Arena Fonte Nova.

‘It’s frustrating,’ Filipe Luis said. ‘We did everything we could to try to win this match. We had many scoring chances, we controlled the game, but we couldn’t come away with the victory.’

Brazil had two goals reversed by VAR due to offside, one by Gabriel Jesus early in the second half and another by Philippe Coutinho near the end of the game.

Despite the setback, the hosts remain top of Group A with four points, tied with Peru, who earlier defeated Bolivia 3-1 in Rio de Janeiro. Venezuela, who opened with a 0-0 draw against Peru, have two points. 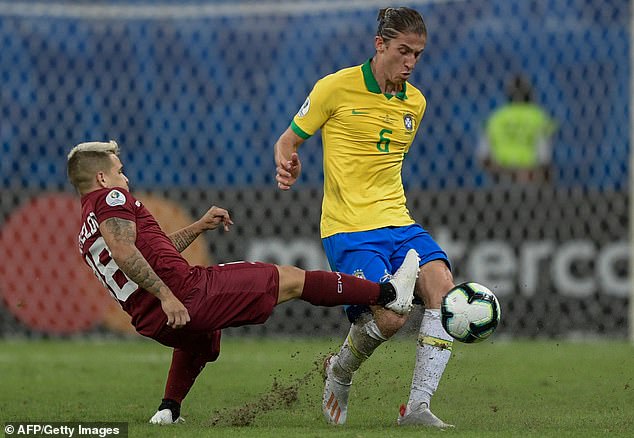 The group will be decided on Saturday with Brazil facing Peru in Sao Paulo and Venezuela taking on Bolivia in Belo Horizonte. The top two teams in each group advance to the next round, along with the two best third-place finishers.

Brazil thought they had scored through substitute Gabriel Jesus shortly after the break, but the goal was disallowed after a review showed that Roberto Firmino, who made the pass to the Manchester City striker, was offside when the ball deflected off a Venezuela defender. The Brazilians complained, arguing that it was a pass – not a deflection.

‘Welcome to the VAR, long live the VAR,’ Venezuela coach Rafael Dudamel said. ‘No one gifted anything to us. Justice was made and you have to keep believing in those who do justice.’ 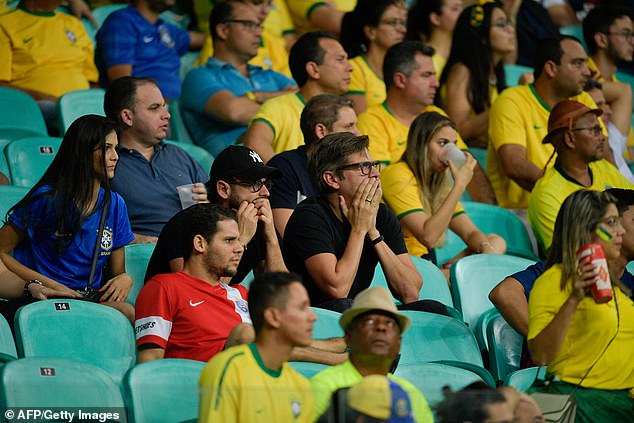 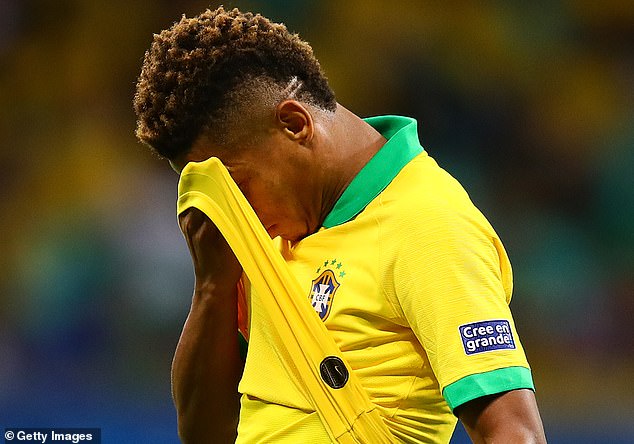 Coutinho’s goal with about five minutes from full time was ruled out because his close-range shot deflected off Firmino, who was in an offside position in front of the net. The goal would have stood had the ball not touched the Liverpool forward.

‘We can’t complain about the VAR,’ Brazil coach Tite said. ‘Justice was made.’

Firmino had a goal disallowed late in the first half for pulling a defender inside the area before he scored.

Brazil’s first goal in the 3-0 win over Bolivia on Friday had come from a penalty awarded by VAR. 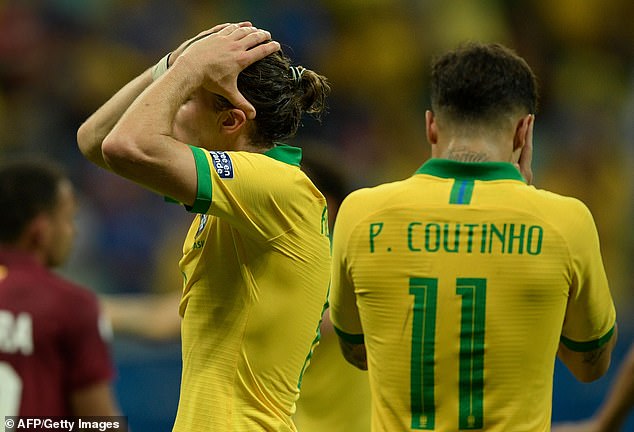 It was Venezuela who had the best scoring opportunity in the first half with a close-range header by striker Salomon Rondon that missed just wide.

Brazil nearly grabbed the winner in second-half stoppage time with a Fernandinho header that nearly found the far corner.

Brazil hadn’t been held scoreless in a match at home since the 3-0 loss to the Netherlands in the third-place match in the 2014 World Cup.

They are is seeking a ninth Copa America title having won the tournament all four previous times it hosted the event, the last coming in 1989.