Brazil have called on Kaka as a late addition for next month’s Centenary Copa America in the United States after Douglas Costa pulled out.

The Orlando City midfielder will replace Bayern Munich’s Douglas Costa, who was cut from the squad because of an injury to his left thigh.

Former AC Milan and Real Madrid player Kaka has been a regular in coach Dunga’s squads without getting much game time. 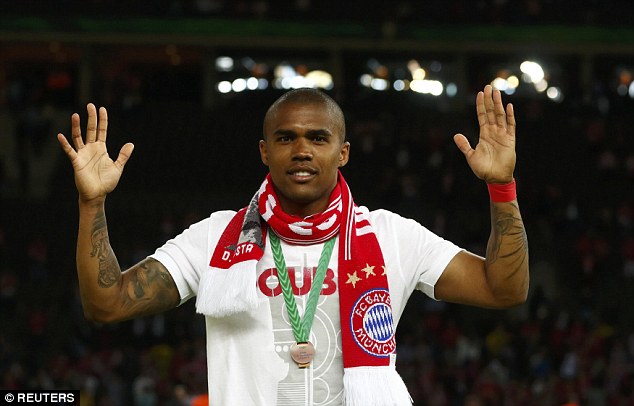 Bayern Munich winger Douglas Costa has had to pull out of the squad, leaving space for Kaka

The 34-year old has not played a full match for the national side since 2012.

He is the second player to be added to the squad because of injury, with Benfica’s Jonas replacing striker Ricardo Oliveira, who also dropped out.

Brazil are in the Copa Group B with Ecuador, Haiti and Peru. They will face Panama in a warm up friendly on Sunday in Denver.

Dunga named Kaka in his 40-man provisional roster but did not select him for the final squad when the cut came earlier this month.

The Selecao have been training at Los Angeles Galaxy’s StubHub Center in preparation for the Panama fixture this week and Kaka could be required to miss Orlando’s game against New York City on Sunday.

The Lions have yet to be informed of the schedule for when Kaka will need to join his international team-mates after his call-up. 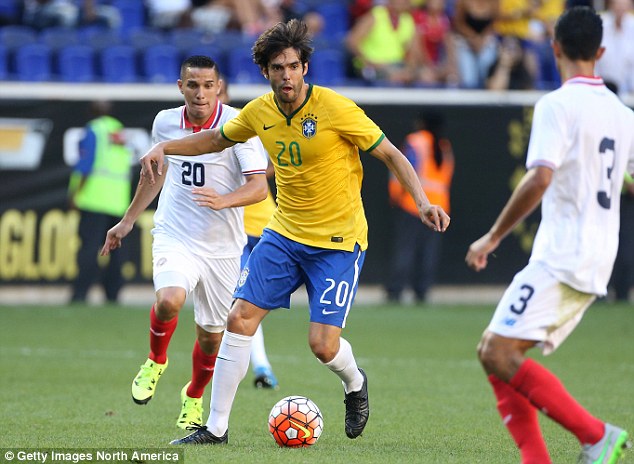